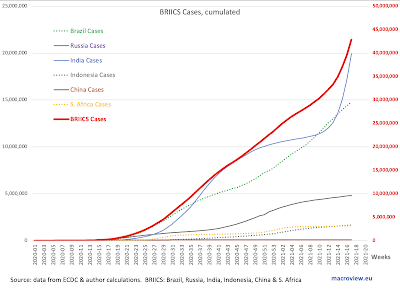 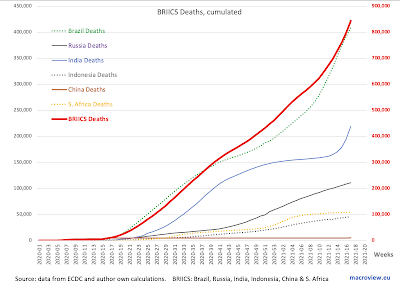 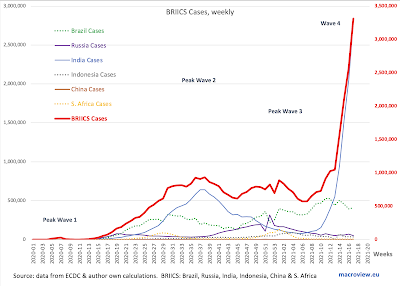 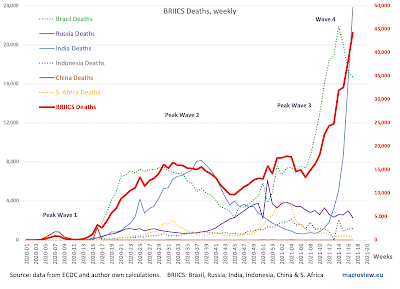 Covering data through this week (week 17) of 2021 for world's most impacted countries.

First: most impacted countries by the rate of infections and by mortality: 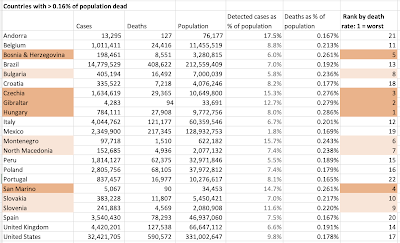 There is only one large country (population > 100 million) that is listed in both tables: the U.S.
Now, a table of countries with more than 1 million cases: 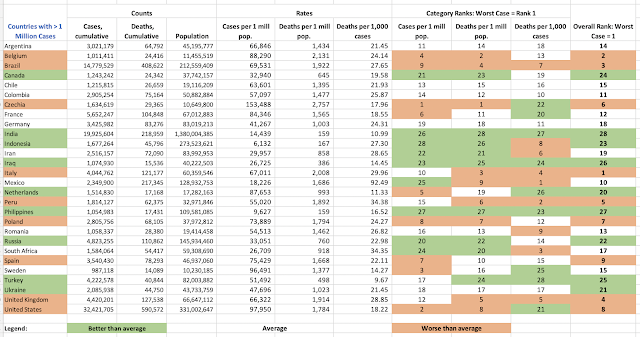 Finally, looking at the most impacted countries from the point of their relative contributions to global totals for cases and deaths:

BRIICS are now in a fully-developed Wave 4 of the pandemic, like much of the rest of the world. This is confirmed across both new case numbers and weekly deaths counts: 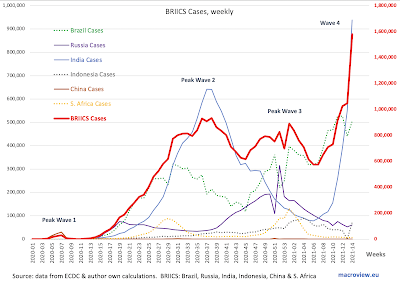 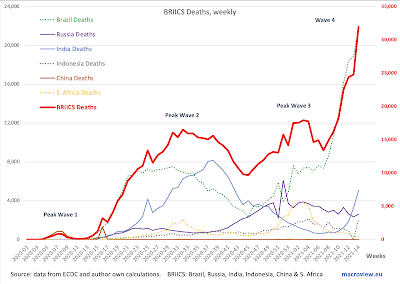 I highlighted in the table below two BRIICS countries with seriously questionable data quality: China and India. China has been routinely reporting numbers that simply are out of line with anything reported by other countries around the world. India's death statistics appear to be similarly out line with experience in most countries. In the past, Russia received a lot of criticism for its reporting of Covid19 deaths, but their numbers do not appear to be out of line with other countries reported statistics.

These are six largest emerging and middle income economies in the world, and their pandemic dynamics, in the end, hold the key to the global efforts on combating the spread of the disease. Not surprisingly, these countries account for three of the four main variants of the disease to-date. If anyone thinks that Europe and North America can effectively insulate themselves from what is happening in these countries, by any means other than attaining a sufficient and robust immunity through vaccinations, they really need to reflect hard on their rational thought capacity.

Updated tables for world's most impacted countries and regions below. Starting with the countries with the highest recognized levels of infections:

Followed by the countries with the highest rates of mortality: 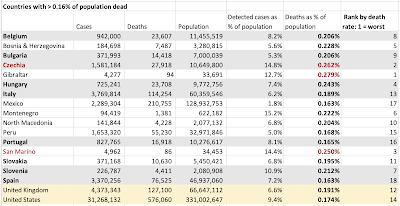 A set of table for countries with more than 250,000 recorded cases: 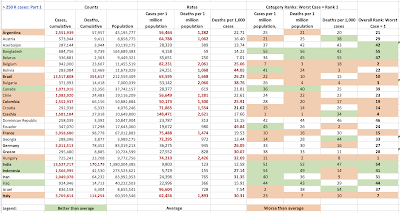 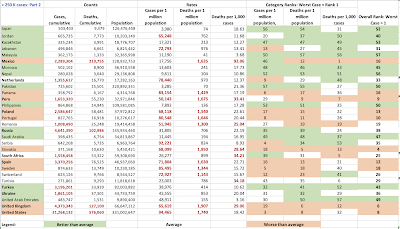 Table next shows comparatives by the same metrics across regions, treating regions as if they were countries (ranks):

Finally, looking at the major countries and groupings in terms of their cases and deaths counts within the context of their shares of global population:

Notably, majority of the most impacted countries are, currently, in the process of developing, or already experiencing, a new wave of the pandemic.

As warned last month, BRIICS are now in a new wave of the pandemic, just like the rest of the world: 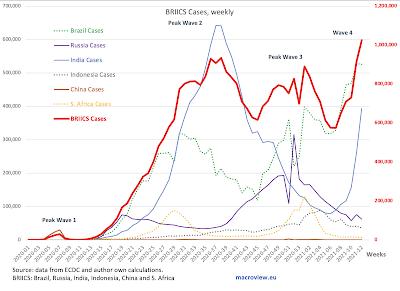 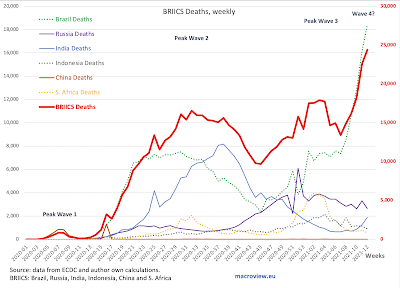 The new wave is worse than the previous one in terms of new weekly case counts and deaths. Brazil and India are leading the new cases pandemic, while Brazil leads in terms of deaths. Russia is relatively stable on deaths counts at highly elevated levels, while India death counts (highly suspicious in terms of low numbers throughout the entire 2021 so far) are now rising once again.

Table above shows summary of dynamics in current weekly cases and deaths relative to the prior 4 weeks average.

These numbers strongly indicate that risk of pandemic will continue to spill over across the world, with no country immune to the new wave developing, until reaching 'herd immunity' levels via immunizations, assuming no adverse mutations in the virus.