As of today, 67 countries around thee world have registered > 100,000 cases of COVID19. Here are the summary tables of core statistics covering these countries: 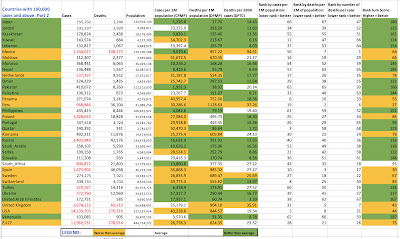 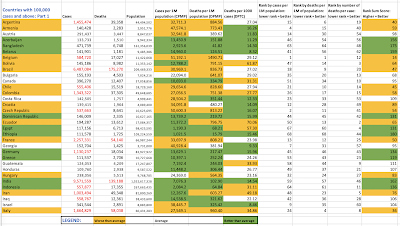 Since the start of the second wave of the pandemic in Europe, EU27 are now once again having higher share of contributions to overall death counts (18.5% of world's total) than the corresponding share for thee U.S. (18.3%). Actual gap is 0.172 percentage points. However, in more recent days, EU27 new case numbers have been falling, while those in the U.S. continue to rise. This suggests that in weeks to come we are likely to see another reversal in deaths shares.
Just two weeks ago, combined share of global deaths accounted for by G7 countries plus Spain stood at 34.5%. Today, it is at 35.0%. For the U.S. the number shifted from 18.6% to 18.3% currently, while for the EU27 it rose from 16.6% to 18.5%. This clearly highlights the shift in the pandemic impact toward Europe in the last two weeks. 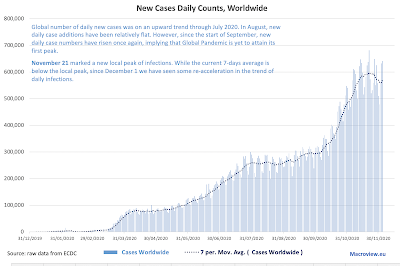 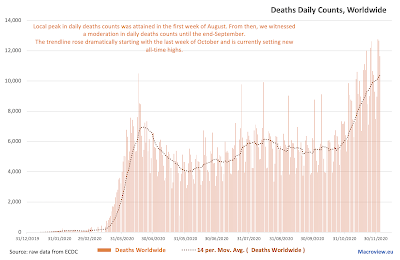 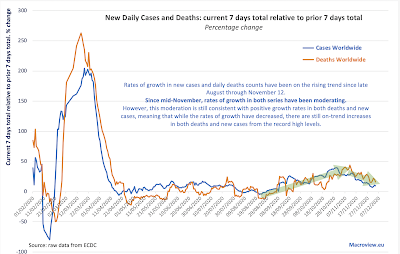 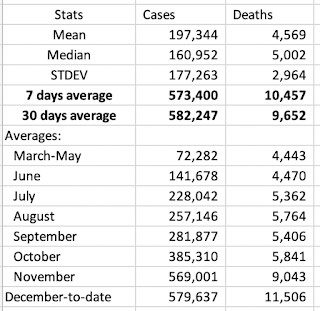 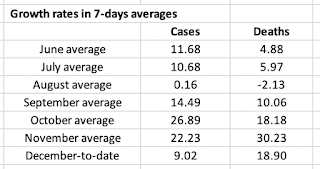 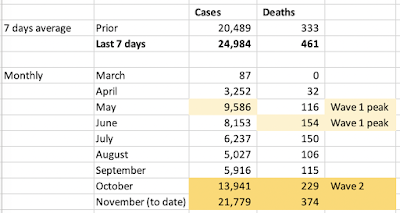 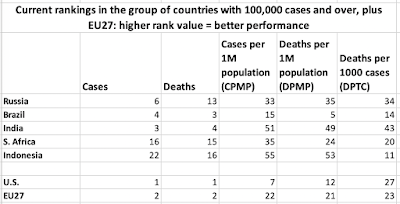 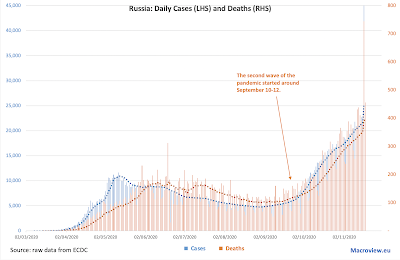 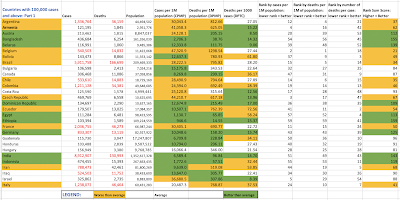 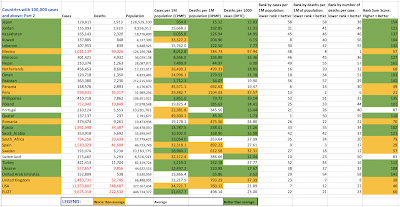 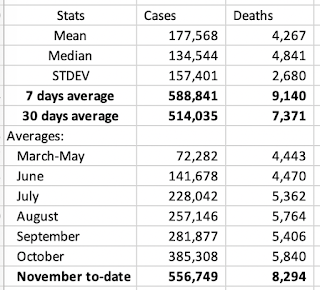 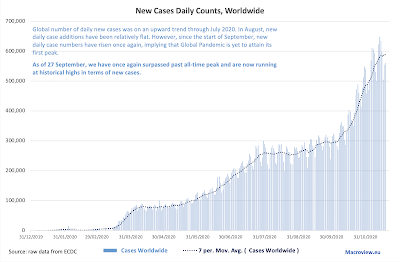 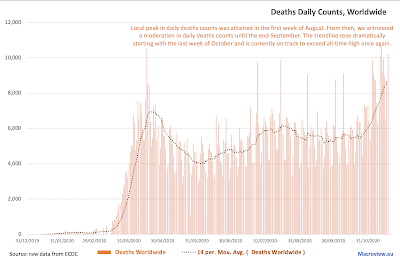