Something will have to give, and on an increasingly more proximate timeline, although we have no idea when that timeline runs its course... 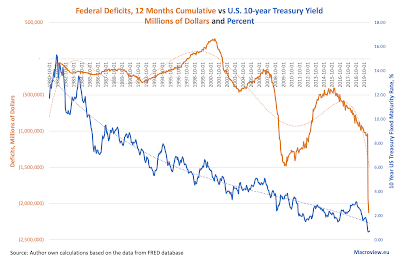 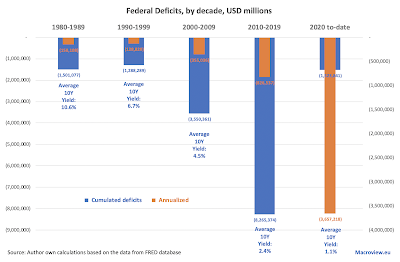 In basic terms, U.S. Bonds yields are only sustainable as long as:

Which puts a serious question mark over how long can the U.S. Treasury afford to escalate weaponization of the dollar.