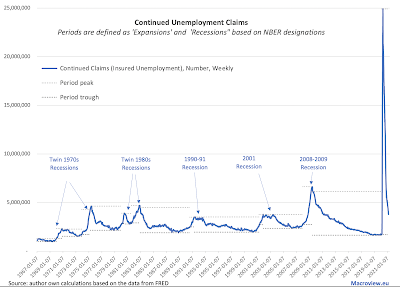 Even with the positive news, U.S. current reading is in line with March 2011. 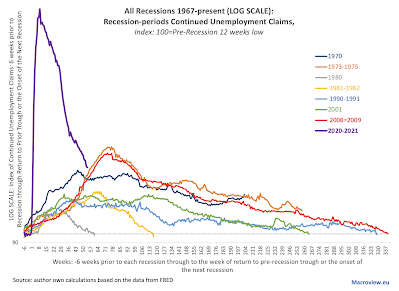 More updates on the U.S. labor markets coming up, so stay tuned.

Updating my series of America's Scariest Charts, here is the latest reported data (through the week of January 23rd) on continued unemployment claims: 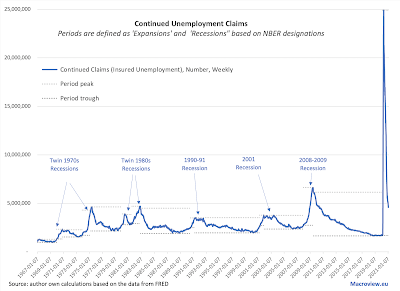 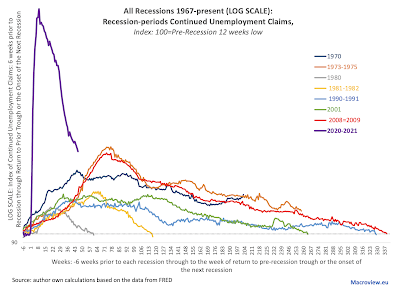 The log scale ameliorates, visually, the extreme nature of unemployment dynamics during the current recession, which is now into its 46th week running. Compared to all prior recessionary episodes, current week 46 reading is still the worst of all post-WW2 recessions.

Some recent research (reviewed here: https://trueeconomics.blogspot.com/2021/02/3221-cost-of-trumps-failures-to-act-on.html) suggests that U.S. policy errors in dealing with pandemic could have increased infection rates by 8.7-14.2 percent. Translating these potential effects into unemployment suggests that more robust public policy interventions at the Federal level could have, potentially, reduced current unemployment rolls by some 425,000-693,000.

Continued unemployment claims (based on seasonally-adjusted data) are continuing to decline, as the latest data through mid-December 2020 shows, yet, even with these news, the latest data print puts continued claims for unemployment at the levels comparable with late 2009.

So here is the chart showing overall levels of continued unemployment claims in the U.S.: 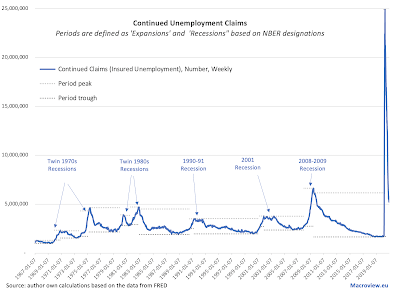 And here is one of my "Scariest Charts", showing index of continued unemployment claims across all modern recessions: 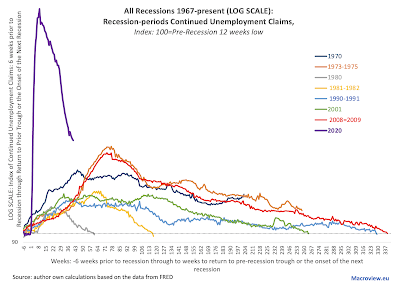 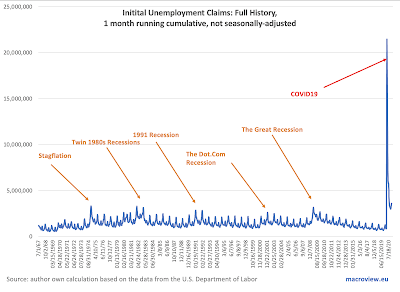 In December 2020, new unemployment claims rose, not fallen, on 4 months cumulative basis due to a large increase in non-seasonally adjusted new claims in the first week of the month. How bad are things? Most recent data point ranks 33rd highest new unemployment claims weekly count in the entire history of the series (since July 1967). However, excluding other weeks of Covid19 pandemic, or, put differently, contextualizing current levels to pre-Covid19 history, the latest levels of new unemployment claims would have ranked as 5th highest in history.

Continued unemployment claims are running below the 2008 GFC peak for the third week in a row, but adjusting to pre-Covid19 cycle unemployment roughs, we are still ways to go: 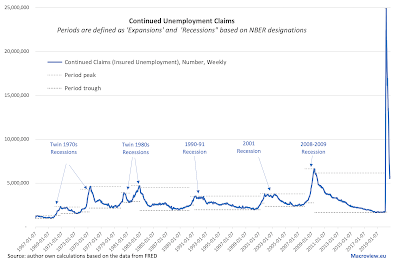 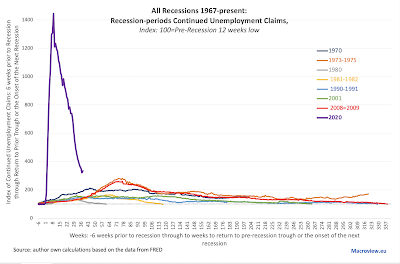 Despite making some serious inroads in reducing unemployment, U.S. labor markets are still half-alive and things are starting to look shaky:
Meanwhile, labor force participation rate is weak: down from 61.7 in October to 61.5 in November. Which is below 2020 average of 61.8, which itself is not impressive. And employment to population ratio is down from 57.4 to 57.3 in November too. Woeful: 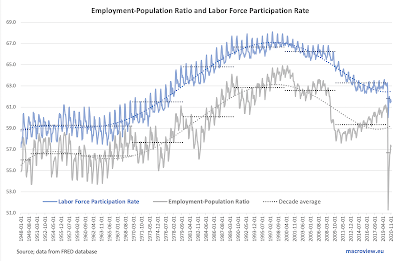 Average duration of unemployment is rising: 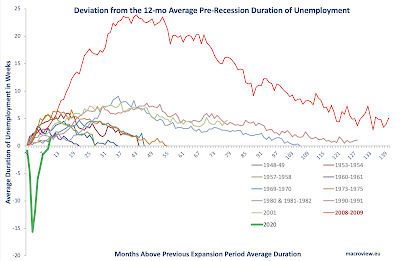 And jobs creation is effectively stagnant: 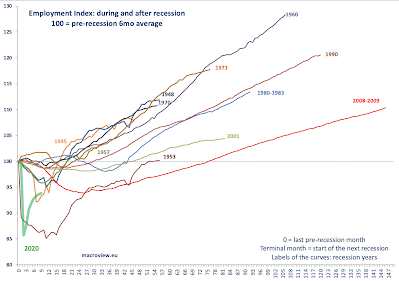 Thus, in summary we have:

Things are not getting 'back to normal'.