With some positive (albeit very weak still) changes in the Russian macroeconomic news in recent months, it is worth looking at the evolution of trends in Russian policy uncertainty, as measured by the http://www.policyuncertainty.com/ data. 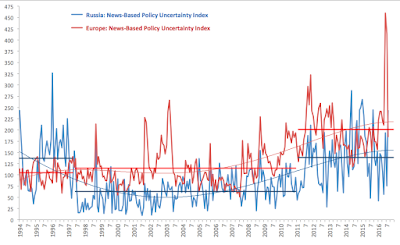 Note, series above are rebased to the same starting point for the EU and Russia (to 1994 annual average) to make them compatible.

It is worth noting that, despite a rise in the U.S. uncertainty index due to the ongoing election cycle, the U.S. comparatives are similar to those of Russia, as opposed to the EU.
January 2015 saw some easing in the overall policy uncertainty environment in Russia, based on the Policy Uncertainty Index that fell to 197.8 in January 2015 from 305.7 in December and down 22.6% y/y. The index is down 12.3% on the current crisis period average (January 2014-present) 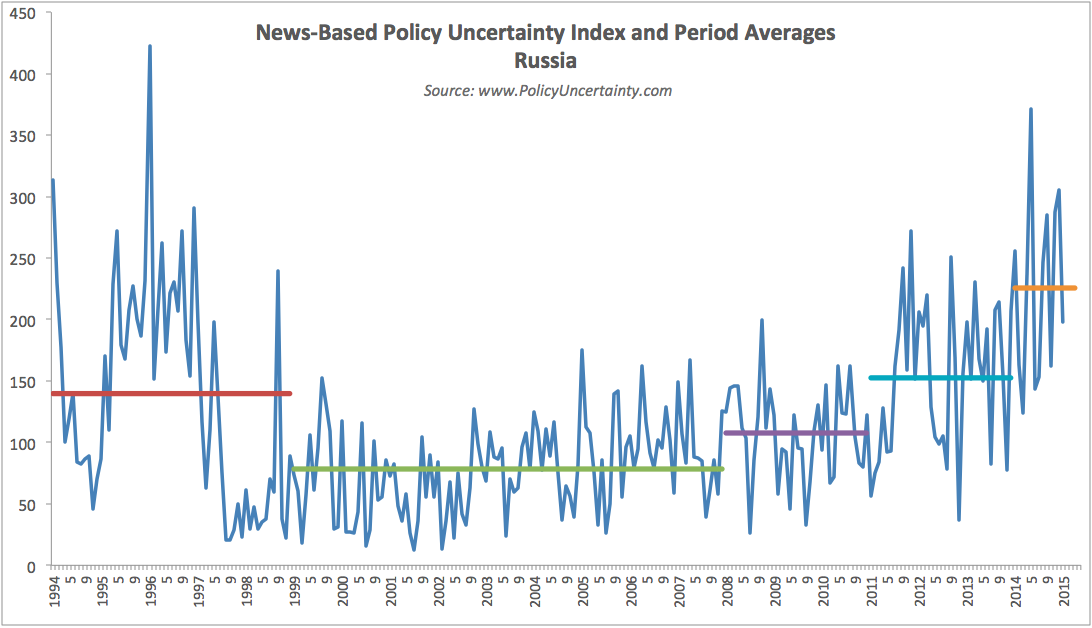 You can see index methodology and get data here: http://www.policyuncertainty.com/russia_monthly.html