In the first two posts covering the QNHS results for Q4 2014, I discussed

In simple term, to sum this result up, things are improving, but they are far from normal or where they should be.

Nonetheless, compared to 2008 average, private sector non-agricultural employment remains down 13.19%, while public sector (including sectors dominated by public employment) employment is up 4.8%. 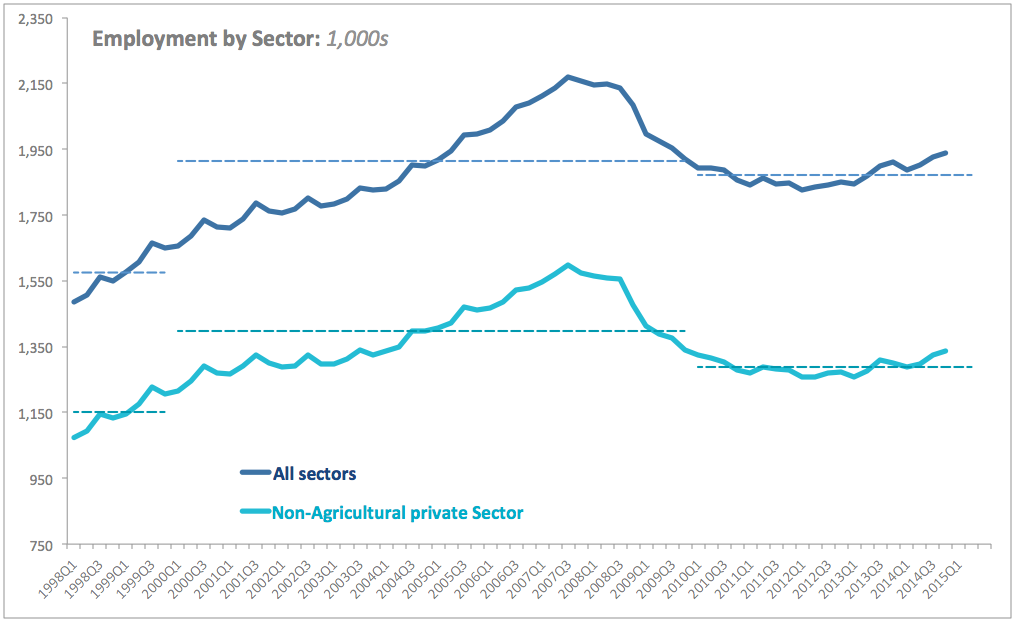 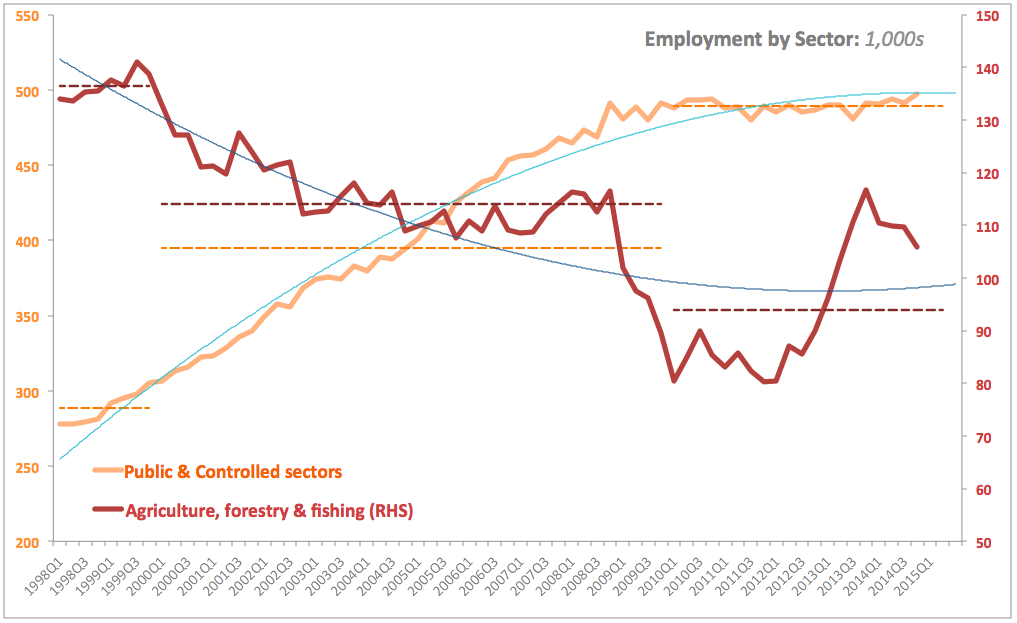 Chart above shows basically flat employment in the state and state-controlled sectors, which, when contrasted with official public sector employment figures suggests shift of some public sector jobs from state to private contracting.

Table below provides summary of changes in employment across all sectors reported: 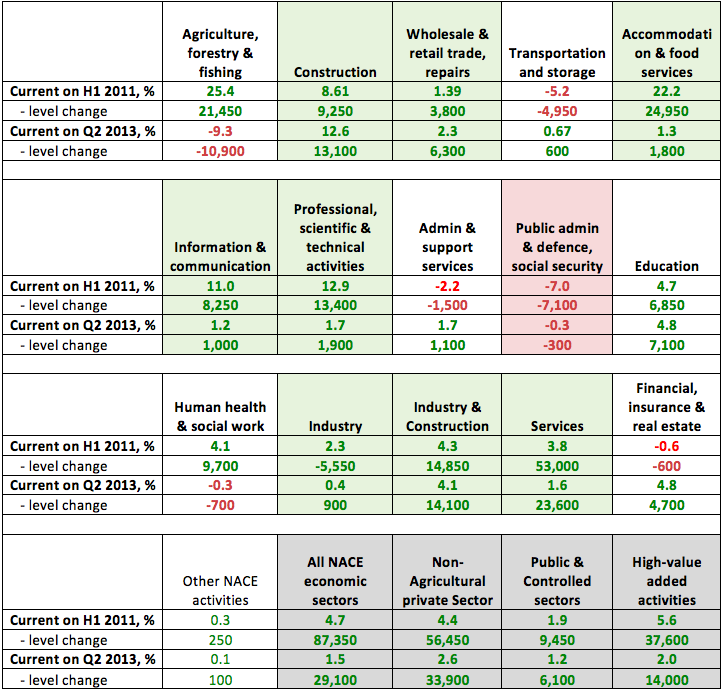