And so Markit now releases a 'summary' of BRIC PMIs... not quite in a full release, but...

Ah, the perils of doing analysis in the age when the big boys follow... As always, thanks to Markit for publishing at least few remaining headline numbers of PMIs.
Russian Manufacturing PMI (based on HSBC/Markit data) improved from 47.6 in January (sharp contraction that is marked by a statistically significant sub-50 reading) to 49.7 in February (also contractionary, but at a much weaker rate and statistically not significantly different fro 50.0). 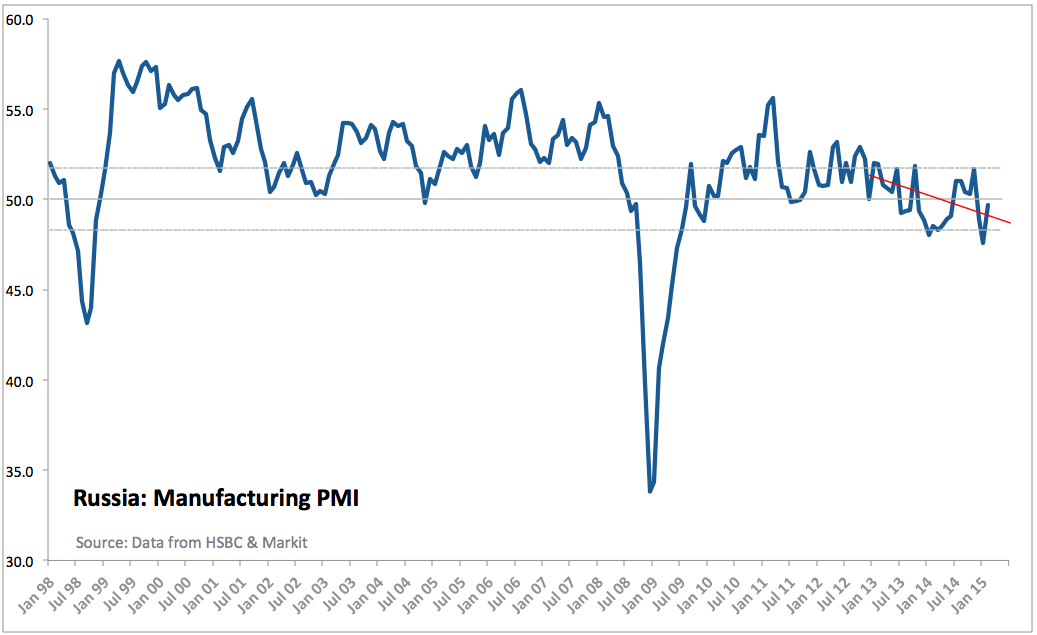 According to Markit release, "Russian manufacturing business conditions deteriorated only fractionally in February, as stronger domestic demand drove an increase in new work and production rose slightly. The latest HSBC PMI® data compiled by Markit also signalled weaker – but still severe – inflationary pressures during the month, reflecting the ruble’s recovery from record lows. That said, overall growth of new orders was weak as new export business continued to decline sharply, and employment extended a survey-record sequence of decline to 20 months."