My recent comment on the Biden Administration early successes for the Euromoney: https://www.euromoneycountryrisk.com/article/b1rqlvl15wr2mw/special-country-risk-survey-us-investor-confidence-is-returning-under-biden?LS=Adestra2055255%E2%80%A6 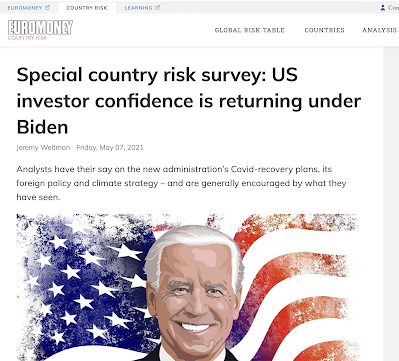 Here is an updated forecast for full year 2020 distribution of wealth 9based on FRED data though 2Q 2020 and stock markets data through November 16): 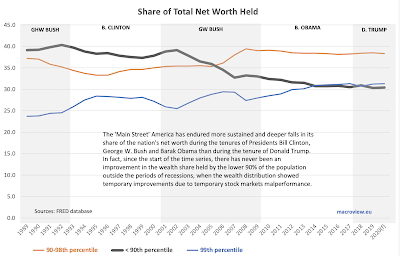 Hint: no, Donald Trump will not finish his tenure in the White House as the worst President for the 'bottom 90%', nor the best... 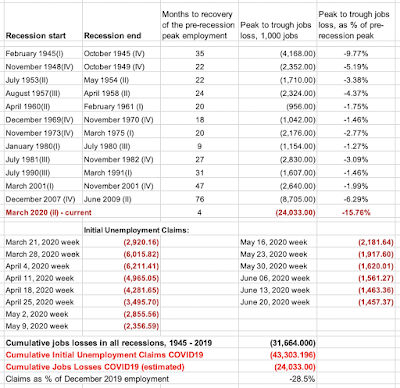 Total initial unemployment claims filed so far during the COVID19 pandemic now sit at a massive, gargantuan 43,303,196, while estimated jobs losses (we only have official data for these through May, so using June unemployment claims to factor an estimate) are at 24,033,000. Putting this into perspective, combined losses of jobs during all recessions prior to the current one from 1945 through 2019 amount to 31,664,000.

A visual to map things out: 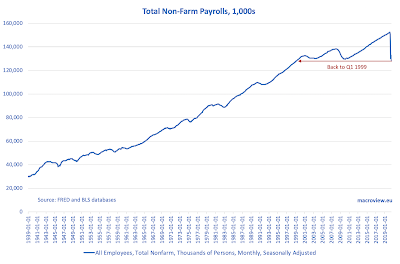 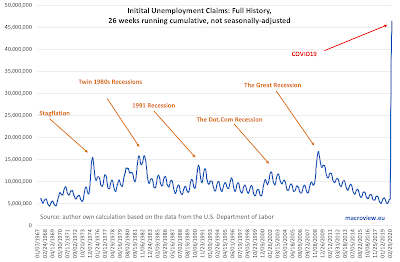 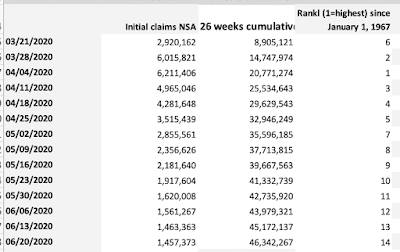 This is pretty epic, right? We are cheering 14th worst week in history. Note: all 14 worst weeks in history took place during this pandemic.

Of course, not all of the last week's initial unemployment claims are new claims. Initial claims can arise from people who have been kicked off prior unemployment rolls, who were denied unemployment filed earlier and so on. But the numbers above are dire. Disastrously dire. No matter how we spin the table.

Weekly data for initial unemployment claims for the week ending June 13, 2020 is out, so here are the updated 'America's Scariest Charts':

Index of employment, benchmarked to the pre-recession peak employment: 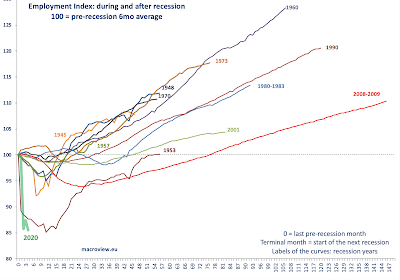 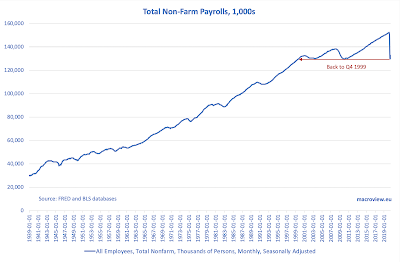 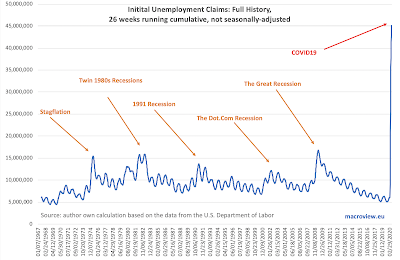 A summary table to put these numbers into historical comparative: 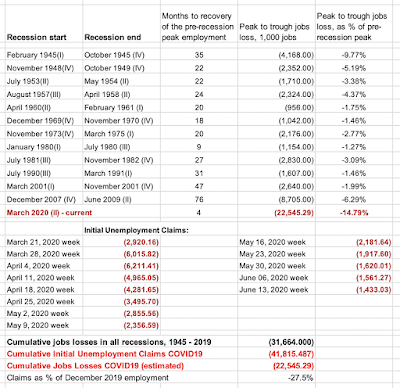 Some recent context on the latest official employment numbers from earlier this month is provided here: https://trueeconomics.blogspot.com/2020/06/11620-americas-scariest-charts-updated.html. 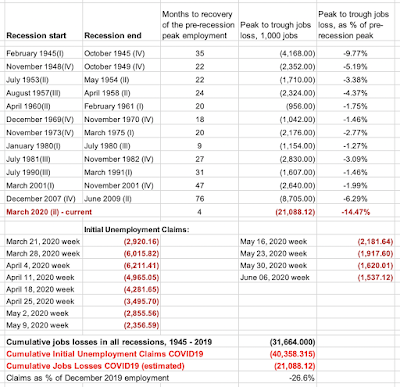 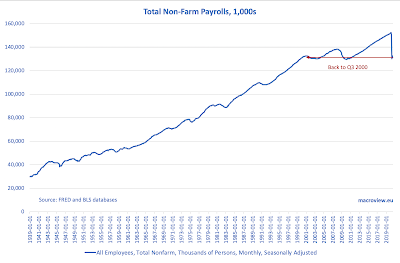 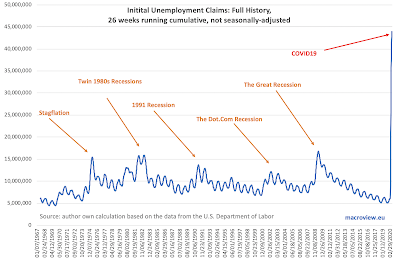 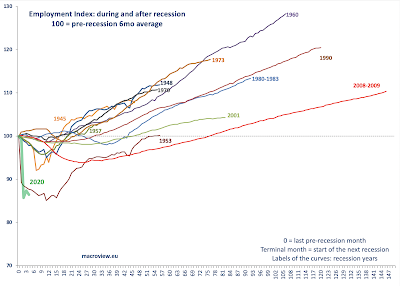