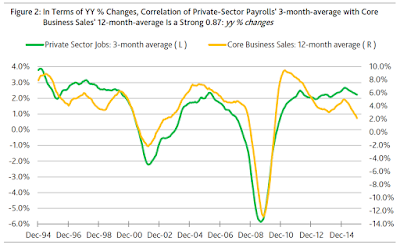 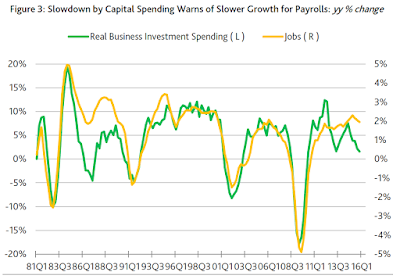 But, first, what has been happening.

For history wonks, numbers below 300,000 are considered a sign of tight labour market, so no surprise here that claims can rise with a bit greater volatility when the labour markets are running some overheating.

But last two weeks of January also marked something that has not happened in the markets in some three years - they marked two consecutive weeks of y/y increases in new claims. As always, weather is being blamed, and as always, two weeks are just two weeks. So far, nothing hugely significant. Just a hiccup.

Which brings us to today’s release of NFP. Going into it, consensus forecast was for a ca 180,000 new jobs print (Marketwatch) and ca 190,000 (Bloomberg & Reuters) for January, to compensate for a large 292,000 print in December. What was delivered? Revised December Non-farm payroll figure to 262,000 and January figure of 151,000. Revision to December was large, but smaller than under-shooting in January. January preliminary estimate came as third weakest preliminary figure printed in the last 13 months.

Yes, everyone is running around with 4.9% unemployment figure - sub-5% expected. Good news. However, U-5 unemployment (Total unemployed, plus discouraged workers, plus all other persons marginally attached to the labor force, as a percent of the civilian labor force plus all persons marginally attached to the labor force) rose on seasonally-adjusted basis from 6.1% in November and December 2015 to 6.2% in January. And U-6 Unemployment (U-5, plus all employed part time for economic reasons) was static at 9.9% for the third month in a row, having previously been at 9.8% in October 2015.

And average hourly earnings up 2.5% y/y (same as previous month growth) and m/m growth of 0.5% (better than 0.3% consensus forecast and way better than 0% growth in December). These look like positives. Another positive is labour force participation - up to 62.7% in January, against 62.6% in December. But this positive is questionable: not seasonally adjusted participation rate in January 2016 was 62.3% which is lower than same for January 2015 at 62.5%.

So now we have: wages up, unemployment rate down, claims down by a lot less than expected, and participation rate is virtually flat. All at high levels of employment.

Which gets us around to the last bit: productivity. Per U.S. latest data, non-farm labour productivity has fallen a whooping 3% y/y in 4Q 2015 - third biggest decline in productivity for any period since 1Q 2007 and the largest 4Q decline in productivity over the same period. Consensus was for 1.8% drop on foot of 2.2% rise in 3Q 2015. The Unit labour costs went up 4.5% over the same period of time (against consensus forecast of 3.9% rise and up on 1.8% increase in 3Q 2015). Labour costs were up in three quarters of 2015.

Problems with productivity growth have been plaguing the U.S. recovery - in 2015, non-farm productivity was up only 0.6%, which is massively below historical averages (more than x3 2015 rate of expansion).

Here’s the real problem, folks: U.S. economy is struggling to sustain growth absent real investment and absent new technological improvements. It is that simple. And the jobs markets are starting to show the strains of this. Productivity growth being weak, while employment rising and remaining high amidst rising labour costs means only one thing: the U.S. is currently running above its potential rates of growth. It is, in other words, overheating. And that at roughly 2% annual growth rates against pre-crisis averages above 3%. One of two things will have to happen:


Good luck taking an investment strategy on one. Which leaves us with taking a strategy on two… or going defensive on an expectation that stagnation will be setting in...

My take on the US Non-Farm Payroll numbers in few tweets with some RTs:

Why German cars? Because: 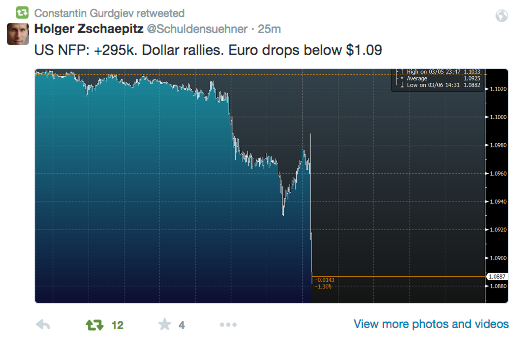 And bad: the unemployment rate falling to 5.5% means Fed hike moves closer and this, perversely, means Government debt cost for the US is going to rise (I know, I know, it is perverse, but...): 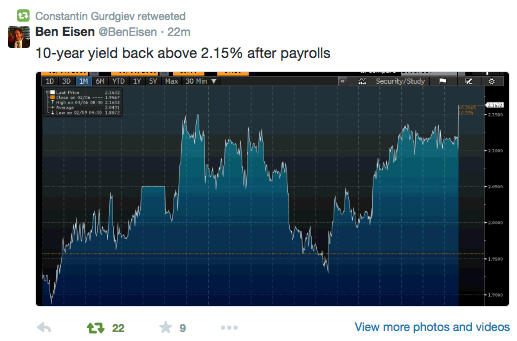 But the 'bad' gets worse: 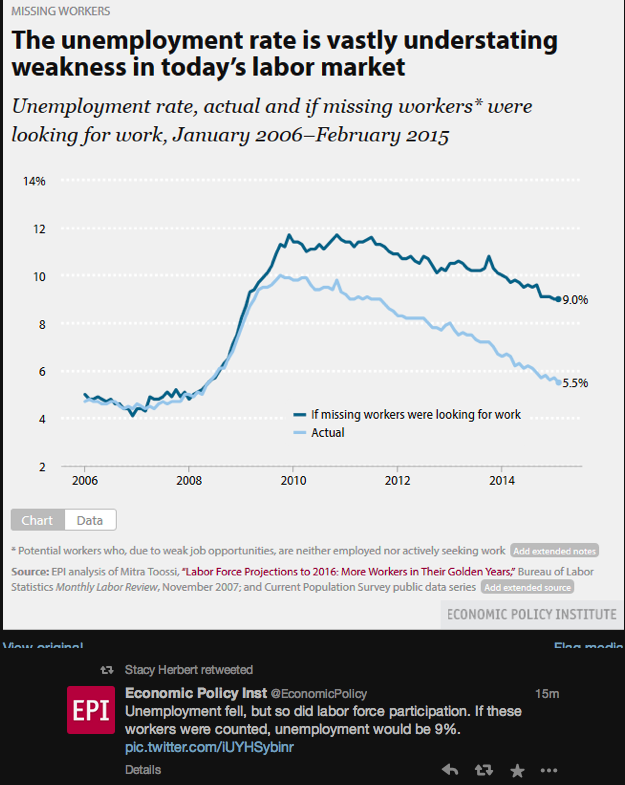 The above mans that US now has historically high level of people who are not in the labour force - some 98.9 million all ... meanwhile... 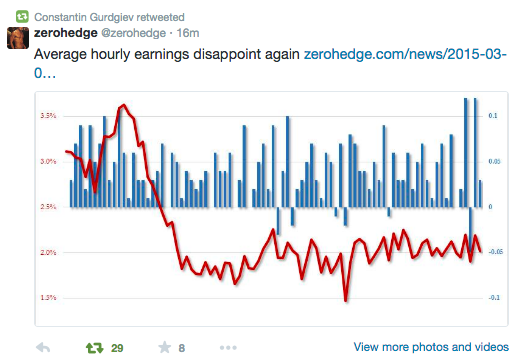 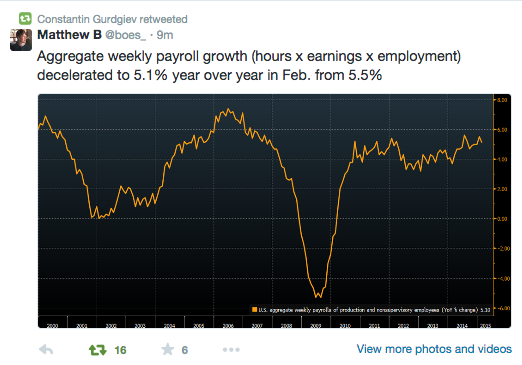 ...aaaand.... jobs increases are not in higher value-added sectors:

So to sum this all up: