I have posted previously on the decline in GDP per capita during the current crises across the euro area states, the US and UK. Here is another look:

Let's take GDP per capita at the peak before the crisis.

Chart below plots these in euro terms (remember, this is loss through end of crisis or 2014 per capita) (note figures for UK and US are in their respective currencies, not Euro): 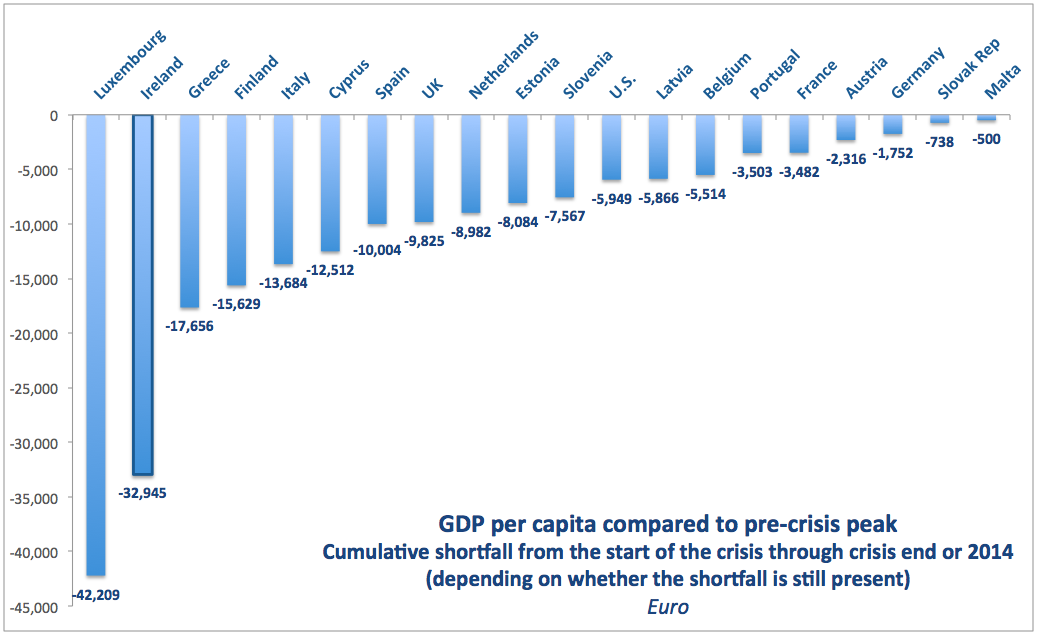 Taking the above figures covering either gains  or losses from the start of the crisis in each country through 2014 as a percentage of the pre-crisis peak GDP per capita, the losses/gain due to the crisis through 2014 amount to: 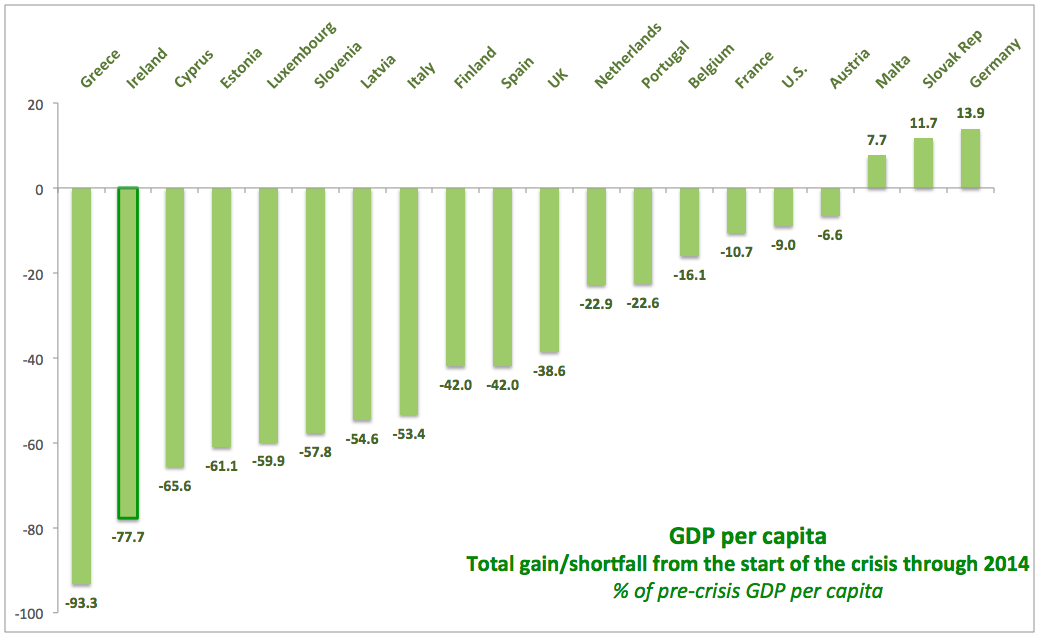 And that chart really tells it all.