Irish Building and Construction industry production indices are out for Q4 2014 and full year 2014, so here is a quick look. 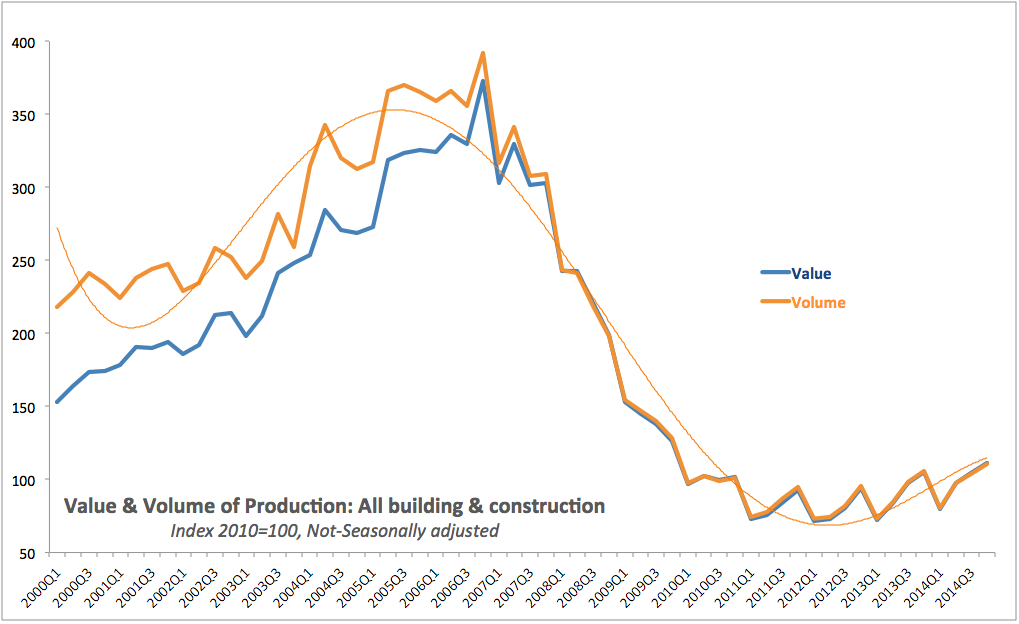 On annual basis, 2014 was a better year for value of activity compared to volume. 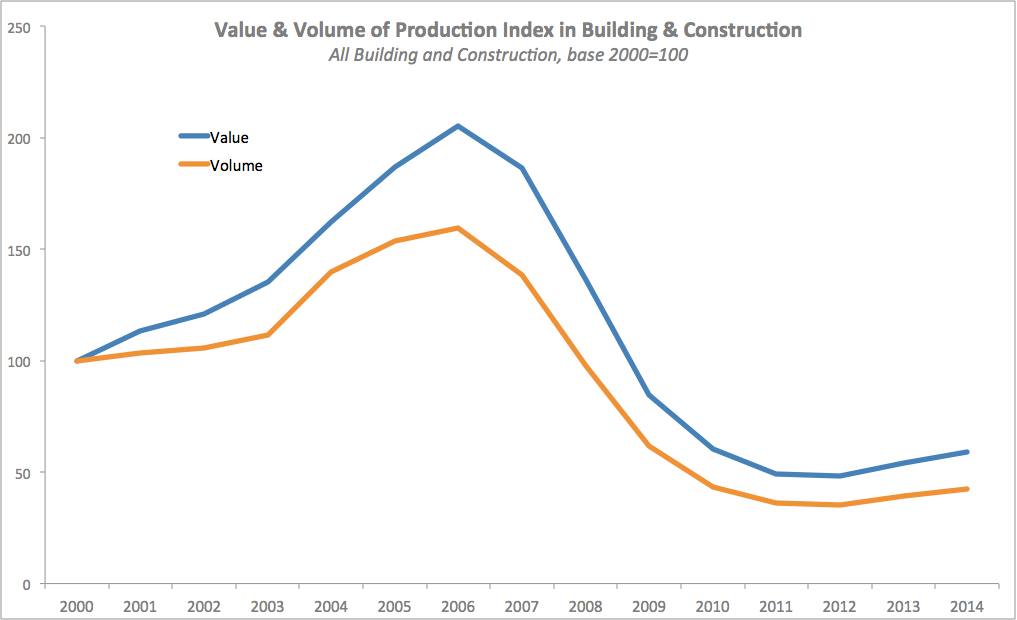