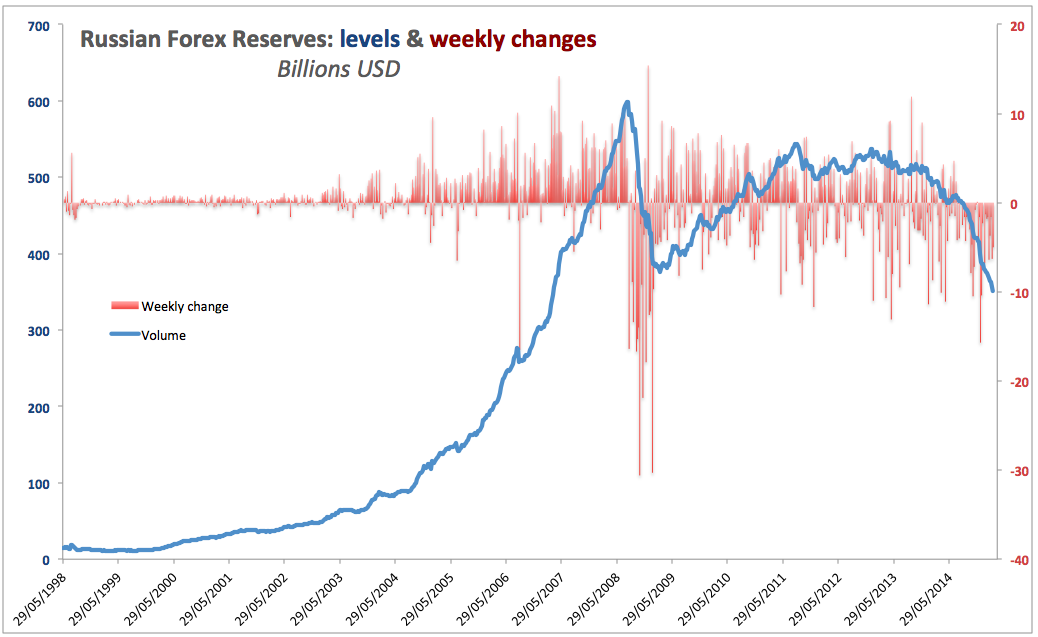 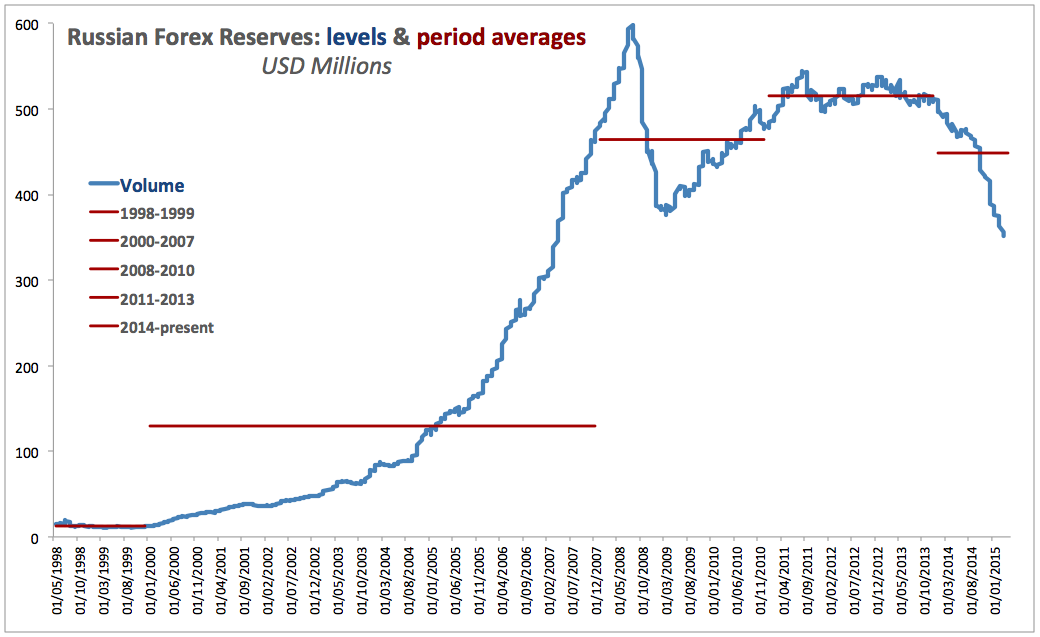 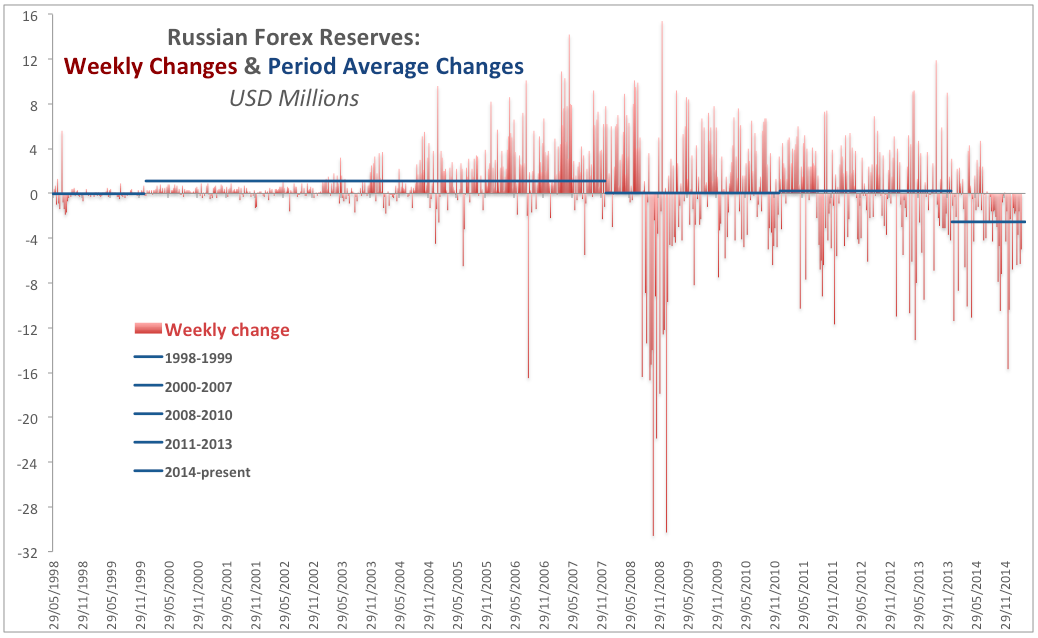 Don't hear much of "Panic at the Central Bank of Russia" reports as of late in the Western media - the ones that whipped into frenzy Russia 'analysts' back in November-December? Why, no surprise: 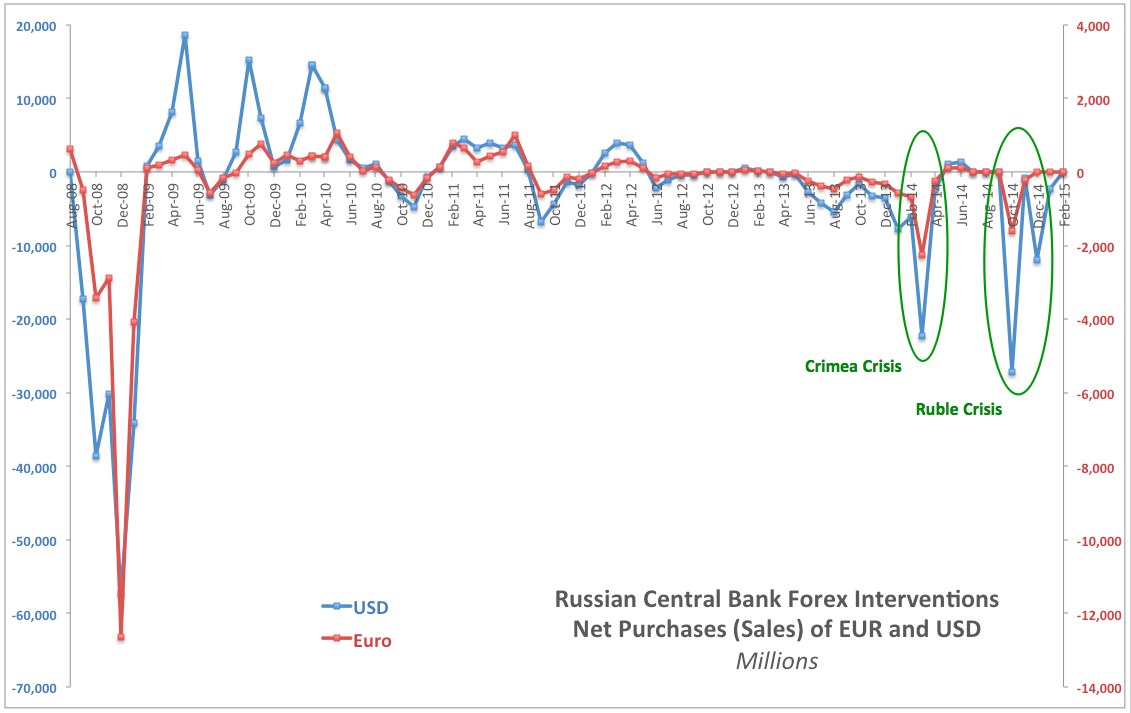 Per latest data, CBR interventions in forex markets defending the Ruble have shrunk in February 2015 to zero for USD and zero for EUR. Yep, zero.

Oh, and the table above shows, the panic of November-December 2014 Ruble crisis - real as it was - was not as bad as CBR supporting Ruble prior to the free float and during the peak of Crimean crisis.

So was the decision to let Ruble float wise? You decide. On the trend, it saved CBR some USD8.5 billion and EUR1.2 billion, even counting in December 2014 crisis.