In previous post (link here) I covered Services PMI for Ireland for July. 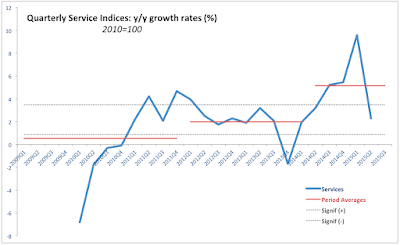 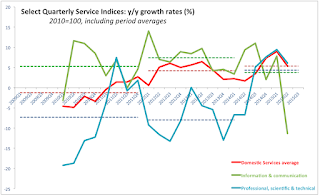 Despite all the issues highlighted above, the good news - as shown in the last chart - is that all three broadly-defined Services sectors have so-far been on a converging path prior to 2Q 2015 since roughly 1Q 2014 - as signalled by the compression of the period average lines. This, of course, reflects the belated return to growth in Professional, Scientific & Technical Services from 3Q 2014 on.
Latest data on Irish patents, courtesy of NewMorningIP.com: chart below shows a decline in total patents filings in Q4 2014 compared to Q3 2014 with Q4 2014 patents counts at 699 down from Q3 2014 count of 786. Of these, Irish invention patents were down to 321 in Q4 2014 from 331 in Q3 2014, but up on 236 a year ago. In Q4 2014, Irish inventors accounted for 45.9% of total Irish patents filed, with Irish enterprises and individuals filing only 247 patents - the lowest for any quarter since Q1 2014, but ahead of the disastrously poor performance in Q4 2013 (188 Irish enterprises & individuals patents). Irish academia produced 74 patents in Q4 2014, the highest reading since Q3 2013, but still accounting for only 10.6% of total patents filed in Ireland. 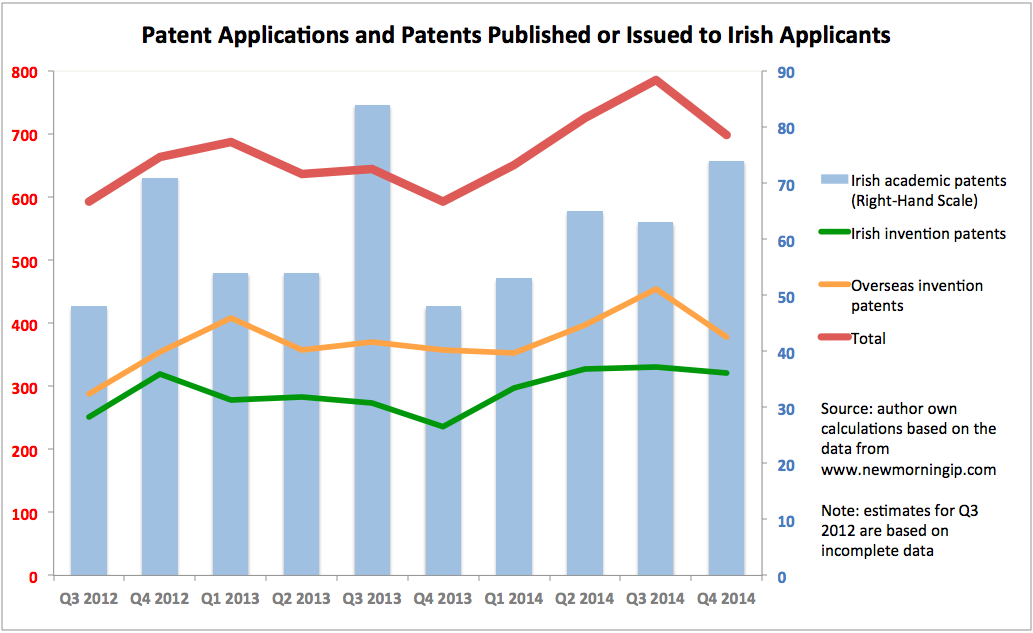