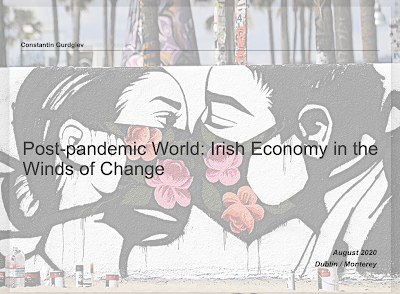 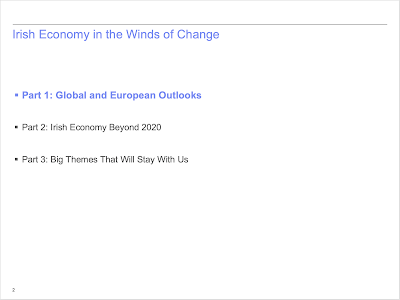 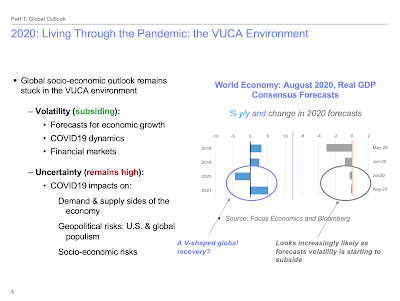 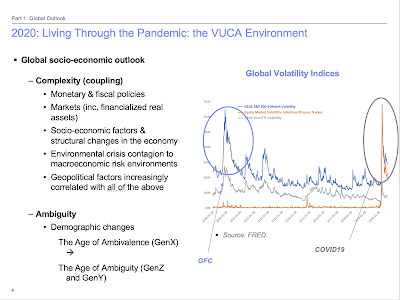 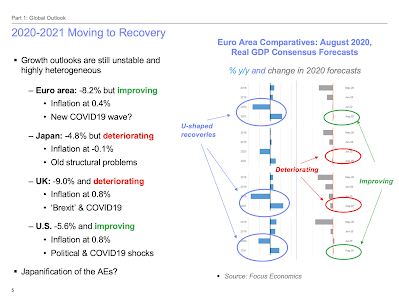 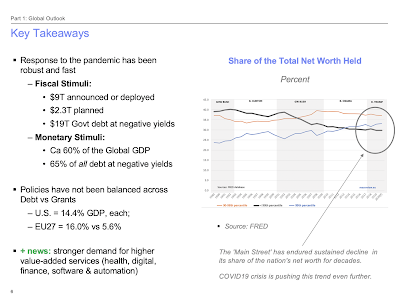 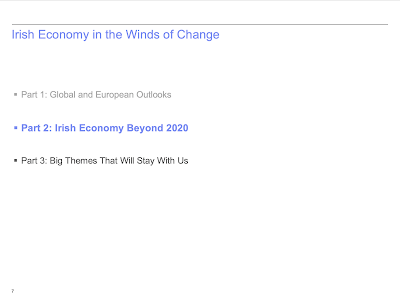 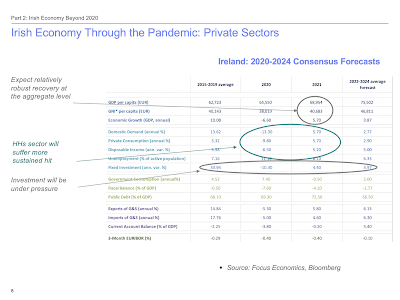 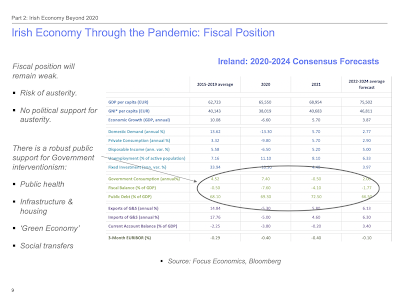 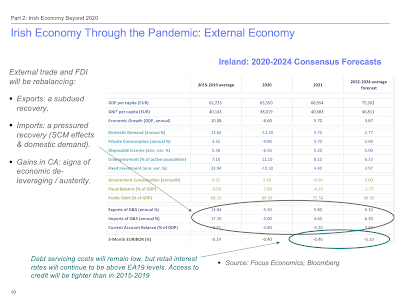 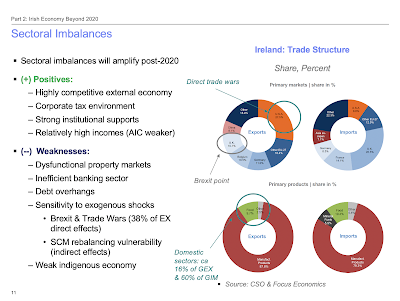 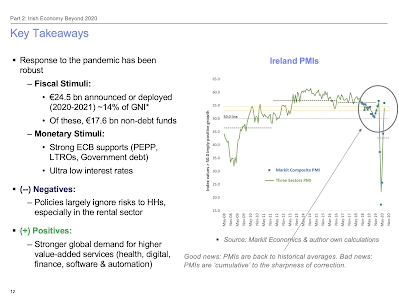 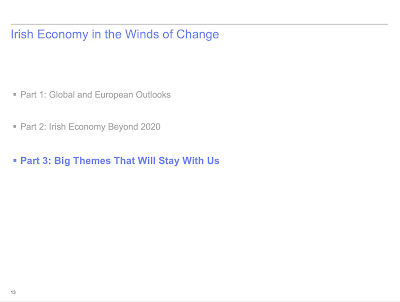 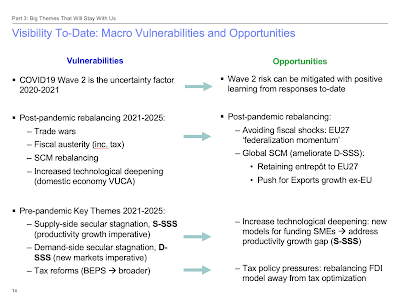 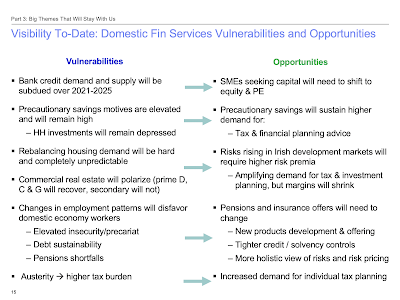 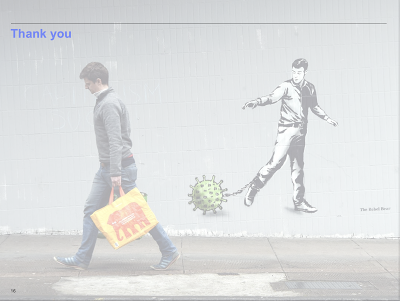 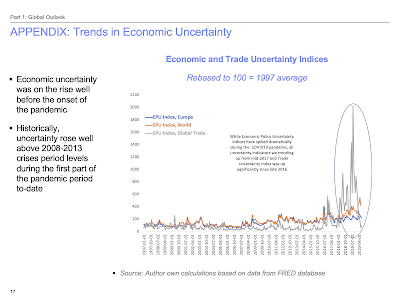 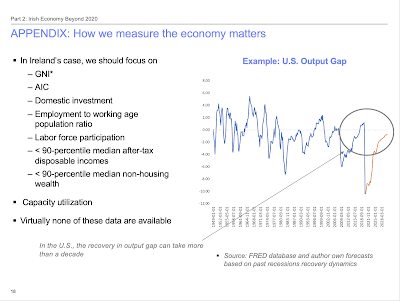 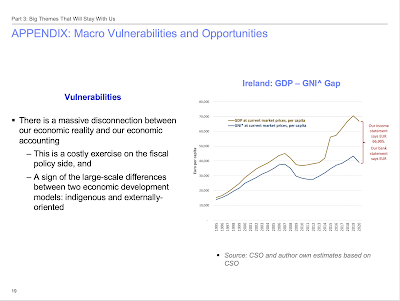 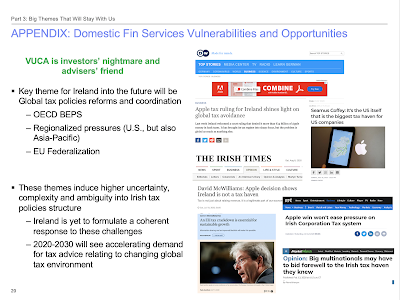 In the first post of the series covering 2Q national Accounts data, I dealt with sectoral composition of growth, using GDP at Factor Cost figures.

The third post in the series looked at the Expenditure side of the National Accounts, and Domestic Demand that normally more closely reflects true underlying economic performance,


As the result of the above changes, 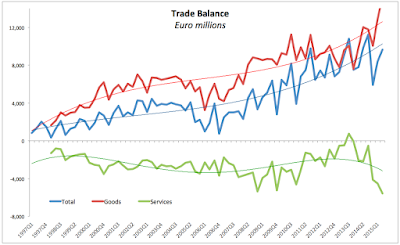 Stay tuned for more analysis of the National Accounts.

In the first post of the series covering 2Q national Accounts data, I dealt with sectoral composition of growth, using GDP at Factor Cost figures.

Here, let's consider the Expenditure side of the National Accounts, and most importantly, Domestic Demand that more likely reflects true underlying economic performance, removing some (but by far not all) tax activity by the MNCs.

As before, I will be dealing with y/y growth figures throughout the post. 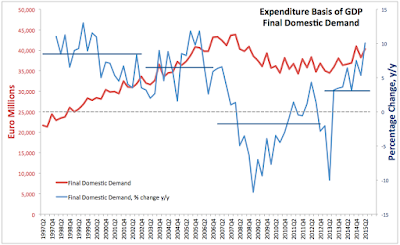 However, despite all the Nama sales and vultures investments, tax inversions and organic growth, Irish Final Domestic demand remains below the levels attained prior to the crisis, albeit the gap is now at only 5.62%: 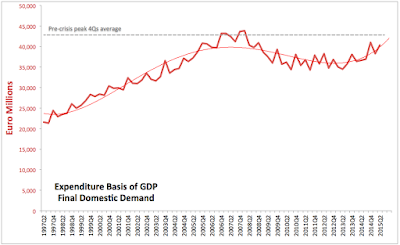 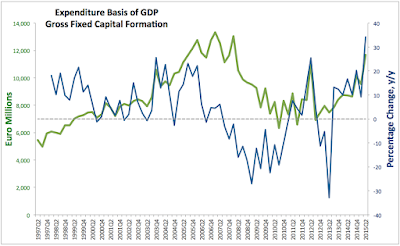 We have no idea what drove this uptick, but were Gross Fixed Capital Formation growth running at 1Q 2015 pace in 2Q 2015, this line of expenditure contribution to GDP would have been EUR2.175 billion lower, and overall GDP growth would have been less than 2.1% y/y instead of 6.7%. This just shows how volatile Irish figures are and how dependent they can be to a single line change of unknown nature.

Analysis of external trade flows is to follow, so stay tuned. 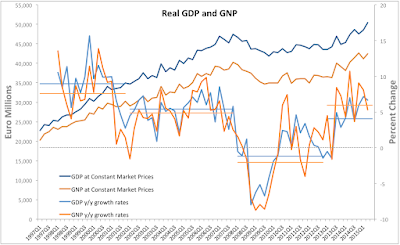 Again, given markets' surprise at Irish growth (compared to market expectations), here is a chart with a simple polynomial trend in GDP and GNP growth rates: 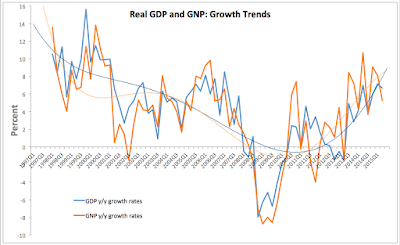 As chart above shows, both GDP and GNP growth surprised to the downside on trend, not to the upside. Which, again, begs a question: what models are being used to forecast Irish economic performance? 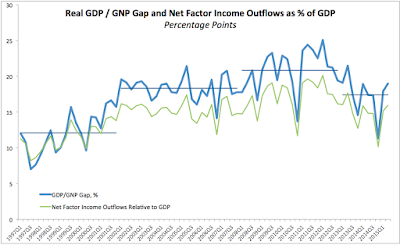 In 2Q 2015 GDP/GNP gap in Ireland stood at 18.95% - the highest since 2Q 2013 and well above the period average, as illustrated in the chart above. Net factor income outflows ratio to GDP was 15.94% - also the highest reading since Q2 2013. Both, higher gap and higher ratio signal (imperfectly) MNCs activity acceleration built into Irish growth figures, albeit we cannot connect these gaps to specific quarter when activity was actually registered.


Stay tuned for the expenditure side of the National Accounts in a later post.

So Irish National Accounts data for 2Q 2015 was released today. Brace yourselves for series of blog posts here and a torrent of congratulatory waffle across the media. 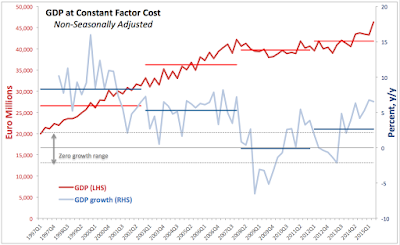 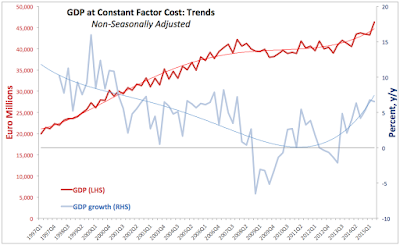 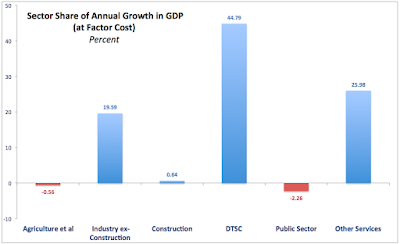