Only in Ireland... the Government that has:

the same Government that has promised, upon election, to cut the number of quangos in Ireland is now seeking to establish a new quango to deal with the failure of all of the above quangos with the issue of banks veto in personal insolvency deals.
And it gets more absurd - the only reason the entire problem arises is... the Government decision to grant the banks full and asymmetric veto power in the insolvency deals.
You cannot make this up. Really...
Details: http://www.independent.ie/irish-news/politics/new-watchdog-to-put-pressure-on-banks-that-veto-debt-deals-31122855.html

And a reminder of the days gone (source: @rkavanagh09) 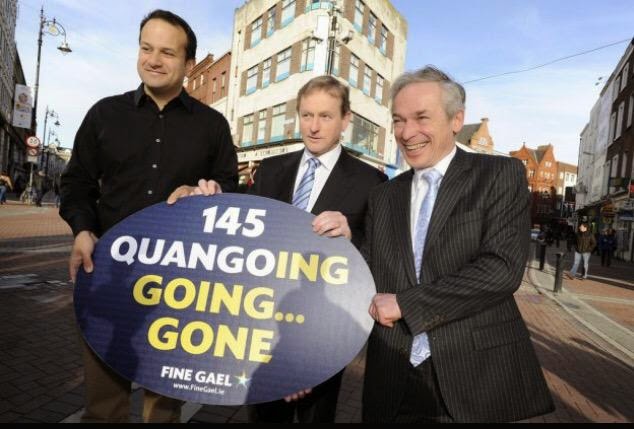