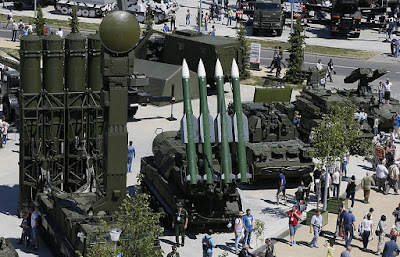 Russian inflation reached 16.9% in March, year-on-year, highest since 2002, despite slowing month-on-month inflation. March inflation came in at 1.2% m/m, lower than 2.2% m/m in February.

Slower m/m trend is down to Ruble re-valuation, so assuming no renewed speculative attacks on the currency, annual rate of inflation should be down at year end, around 10-12 percent range, or broadly in line with 11.4% annual inflation registered in 2014.

One key policy instrument to contain inflation (and also to correct for the adverse effect of ruble strengthening on budget balance - see below) is the decision by President Putin to suspend the legal requirement for automatic cost-of-living (COLI) adjustments to public sector wages. The decision, signed on April 6th will allow the Government to avoid hiking wages for 9 months through December 2015. President Putin's amendment also covers some of the COLI requirements on social payments adjustments. Overall, public wages and social benefits will increase in 2015 only to reflect the Budget 2015 assumed medium-term inflation target - 5.5%, well short of the actual inflation that is projected to range between 11 and 13 percent this year.

On the subject of Ruble valuations and budgetary pressures: Russian Federal Budget is set in Rubles. As Ruble strengthens against the USD and EUR, exports revenues-related taxes fall, imports declines are moderated and external surplus on trade account declines. This means potential pressure on Government deficits. Last year dramatic devaluation of the Ruble, while causing hysterical reactions abroad, actually helped the Government to achieve near balanced budget (with a deficit of just around 1 percent of GDP). This time around, the pressure is reversing.