Here is the latest data for full year 2014 from Eurostat providing some comparatives: 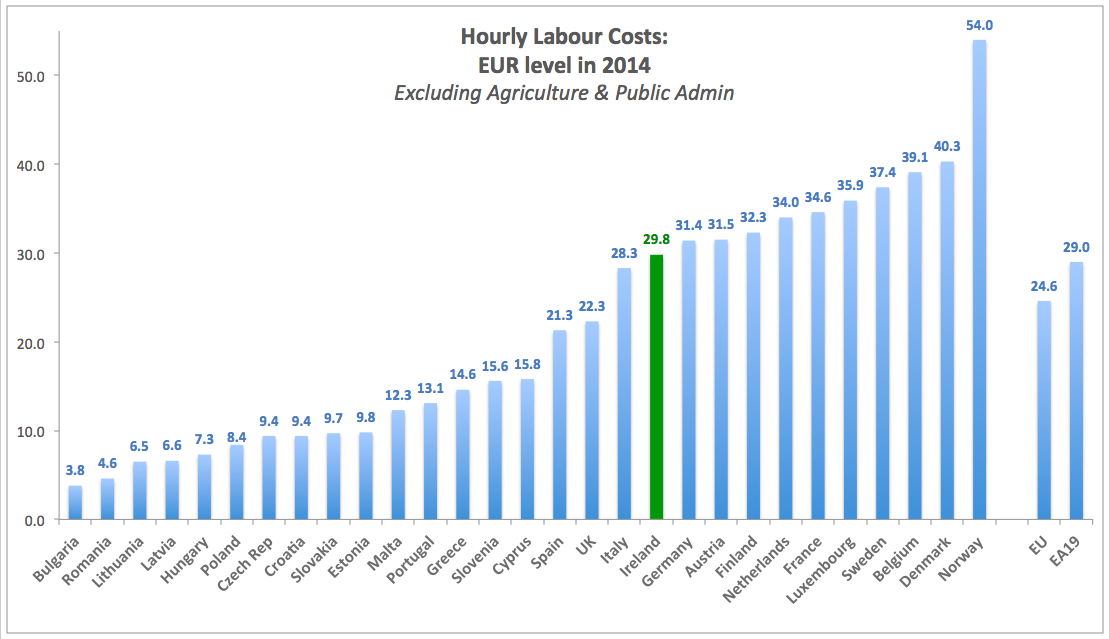 Ireland ranks on par with Italy and below all high income euro area states (ahead of just 'Southern' or 'peripheral' Europe) in terms of hourly labour costs. For the 'most productive' (if measured by returns on FDI booked via Ireland) country, we are amazingly labour cost-competitive. Which, of course, only highlights the questionable nature of our labour productivity, plus lower non-wage costs of labour (such as employer taxation).

Now, recall - Ireland has been aggressively rebuilding its 'competitiveness' by reducing costs of labour. The internal devaluation meme and so on.... Right? Almost: 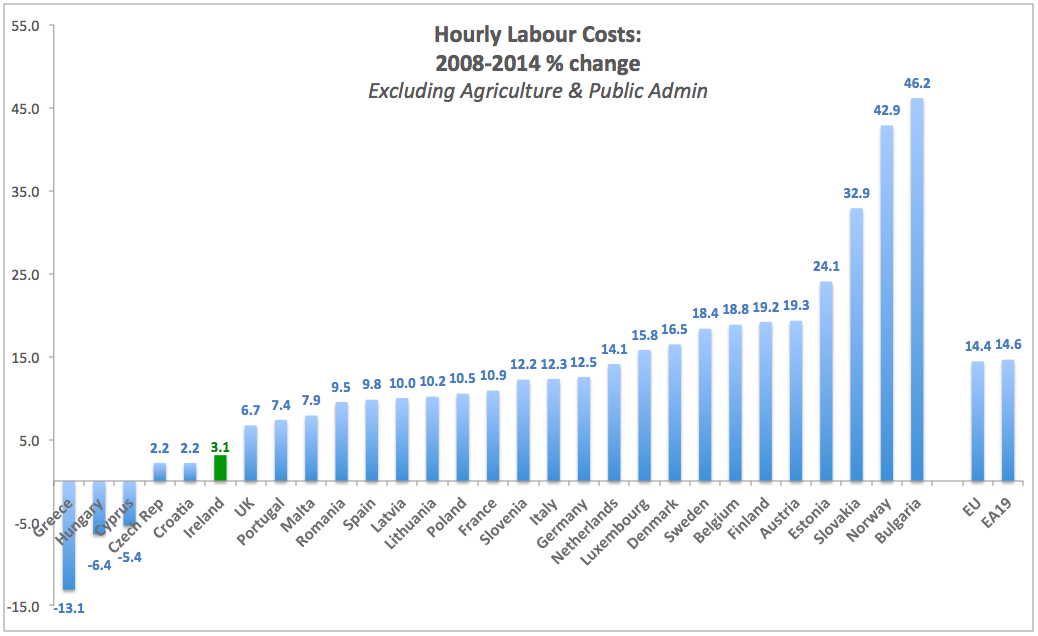 Over 2008-2014 our labour costs actually rose. Of course, our favourite 'competitiveness' metric - the unit labour costs (cost of labour required to produce a unit of output) fell. But that decline has nothing to do with our gained labour cost 'competitiveness'. Instead, it has to do with increased output 'units' booked per hour of work. Which is, primarily, down to two factors:

Hence a paradox: Irish labour costs rose last time in 2012 - not a great year for our economic performance. They stayed static since then, through the stagnation of 2013 and the roaring GDP & GNP growth in 2014.
And another paradox, the one yet to come: once construction industry and retail sector employment and activity pick up, the unit labour costs in the economy will rise solely due to output in less productive sectors picking up. If wages inflation returns, they will rise even faster, proving again that all this competitiveness story is largely a figment of tax-optimisation-induced imagination.