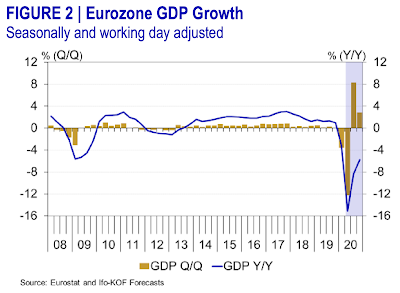 Headwinds to the above forecast:
In contrast, here are the IMF latest forecasts for the euro area: 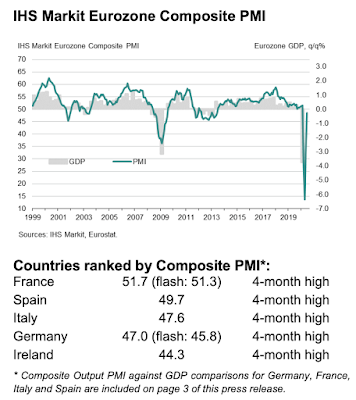 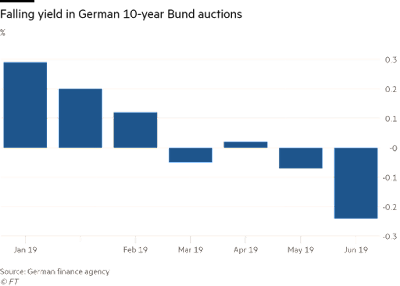 Because while the "Euro is forever", economic growth (and the possibility of monetary normalisation) is for never...
My interview for Icelandic TV on the threat of trade wars led by the U.S. :http://www.visir.is/section/MEDIA99&fileid=VTV094E2C7D-0F20-48CA-ADB4-8F8515C4B1E7 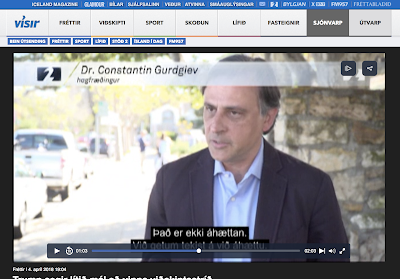 Eurocoin - a leading growth indicator for Euro area economy published by CEPR and Banca d'Italia - posted second consecutive monthly decline in October, falling to 0.36 from 0.39 in September and down from the recent peak of 0.43 registered in August. This is the weakest reading for the indicator in 6 months. 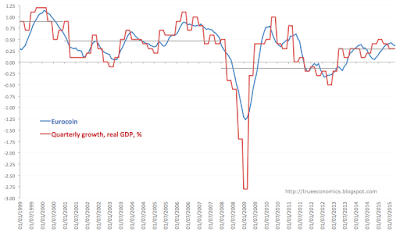 For what it is worth, the ECB remains stuck in a proverbial monetary corner: 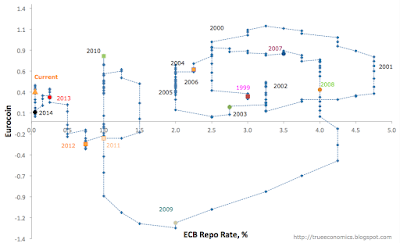 You can see the less than pleasant specifics on eurocoin drivers for October here: http://eurocoin.cepr.org/index.php?q=node/243. In the nutshell, things are static across all major sectors, with households' optimism is largely flattening; and if we ignore the European Commission survey signals, things are poor for the industrial sector.
So, apparently, "strong eurozone growth" for 2Q 2015 is fuelling hopes for economic recovery and pushing markets up. Which makes for some funny reading, considering the following:
1) Eurozone GDP grew by a mind-blowing… 0.4% in 2Q 2015 in q/q terms. Which, hold your breath there, matey… was a decline on 0.52% (revised) growth in 1Q 2015.
2) It gets better, yet: growth 'improvement' was down to a rise in exports due to devalued euro (err.. now, who would have thought that to be a reason to cheer?). Exports increase accounted for 0.3% of the total 0.4% of 2Q growth. Full details are here.

The glorious achievement of the Great Patriotic Eurozone Economy under the wise stewardship of [insert a name of a Brussels Directorate or one of the EU Presidents here] was so blindingly obvious that one can't miss it using a mapping of historical past growth rates. 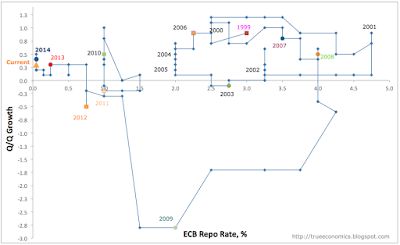 That poverty of low expectations…