Couple of interesting graphs on the Greek crisis via @FGoria
First, the ECB supports vs ELA for Greek banks: 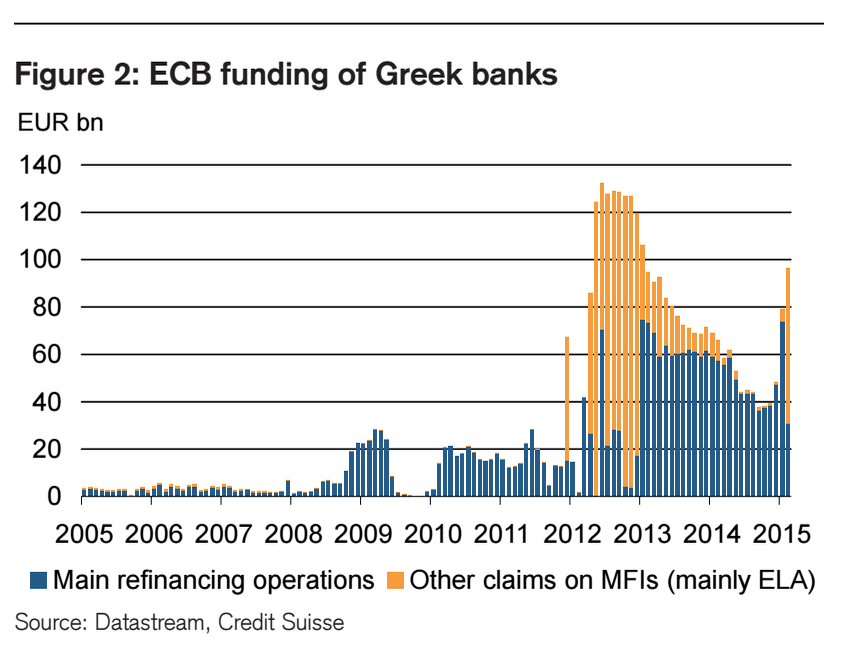 Notable trend above is for support switching. At the rise of first round of Greek crisis (post PSI), ECB funding was displaced by the ELA. The same pattern is now replaying once again. 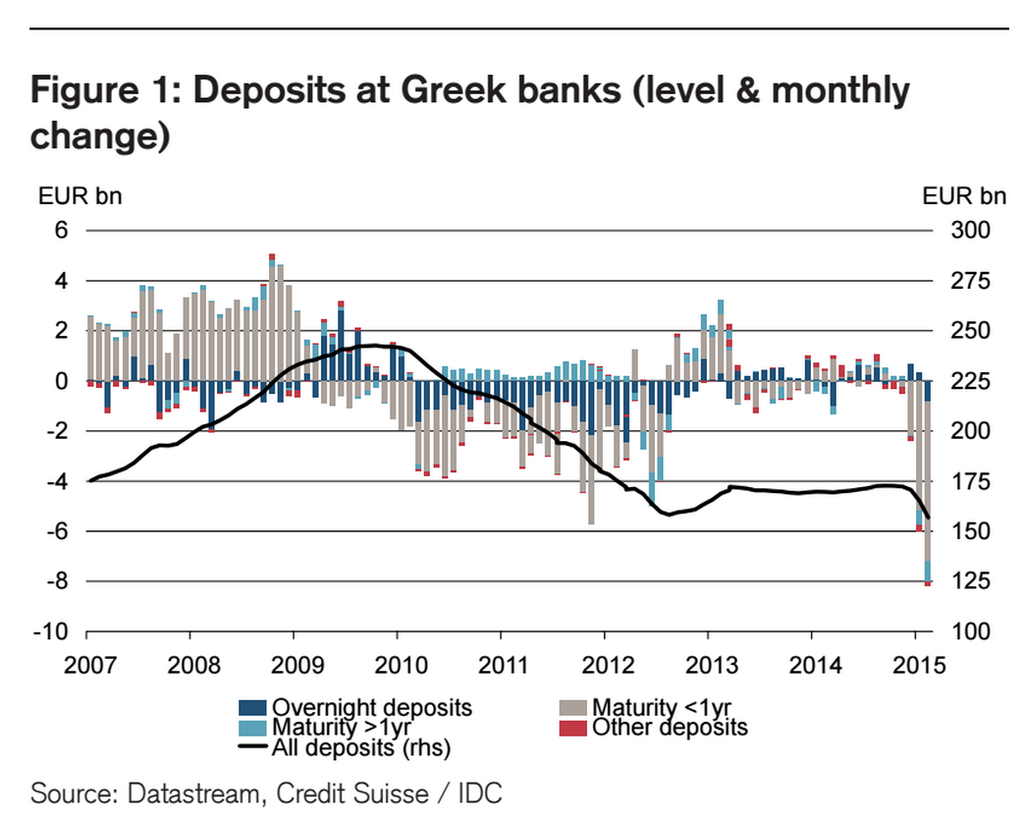 Again, the above shows the re-amplification of the crisis and continued decline in deposits levels, with acceleration in the rate of deposits flight. Outflows are now present across all maturities of deposits, and there is a strong increase in outflows for deposits with maturity in excess of 1 year.

The above charts are dire: covering the period for January-February 2015, we are witnessing a full-scale deposits flight (a funders' run on the banks) that is more extreme (in volume and composition of deposits outflows) than during the previous iterations of the crisis.