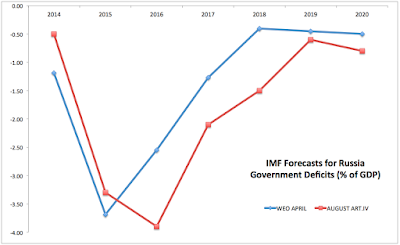 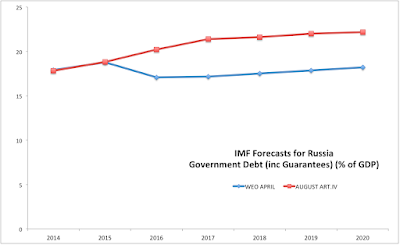 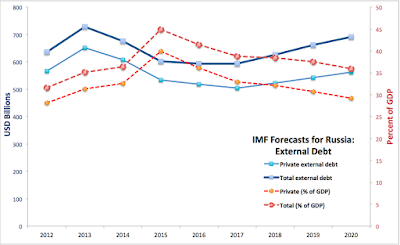 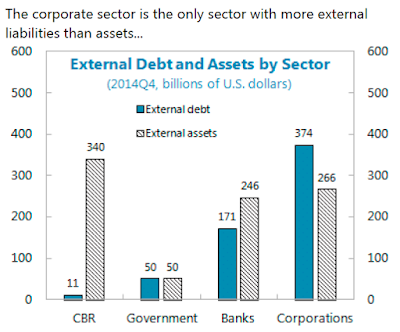 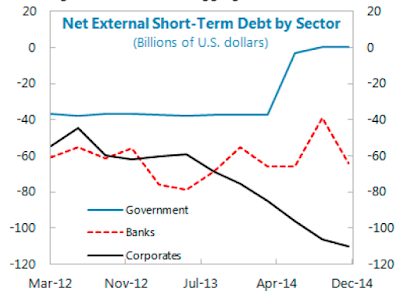 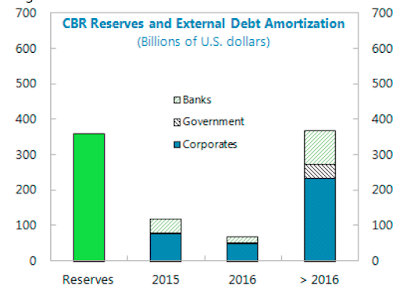 Russian Duma passed (in first reading) amendments to the Budget 2015.

The new Budget is based on average oil price of USD50 pb, with expected GDP growth of -3% against inflation of 12.2% and USD/RUB exchange rate of RUB61.5. These are major revisions to the base assumptions.

Budget forecast that the economy will contract 3% (to RUB73.5 trillion or USD1.27 trillion) in 2015 is a sharp deterioration on October 2014 estimates for GDP growth of 1.2%. Still, this is very optimistic. Earlier BOFIT forecast Russian economy to contract by more than 4% in 2015 on foot of assumed oil price of USD55 pb, and the Central Bank of Russia estimated 4% drop in GDP for 2015 on foot of USD50-55 pb assumption. See latest forecasts for the Russian economy here http://trueeconomics.blogspot.ie/2015/03/26315-bofit-latest-forecasts-for.html and for external trade here: http://trueeconomics.blogspot.ie/2015/03/26315-russian-imports-outlook-2015-2016.html

In December 2014, budgetary forecasts were for GDP decline of 0.8% and inflation averaging 7.5% with oil at USD80 pb.

The key pressure will fall onto the Russian oil revenues reserves fund (one of the sovereign wealth funds) which currently has liquid assets of USD98 billion, but under the Budget 2015 amendments will see this depleted by USD53 billion by year end.

In a related report (http://beurs.com/2015/03/24/rusland-moet-besparen-maar-wil-niet/60374), Russia is to cut Interior Ministry (police) ranks by 110,000 with 78,700 cuts in 2015. This comes on top of cuts of 180,000 since 2011 - a part of large scale restricting of the police force that also included rebranding of Russian 'militzia' into 'police' and a score of measures aimed at reducing corruption. It is also worth noting that reductions are in line with May 12, 2014 Presidential decree that limits overall level of employment by the Interior Ministry to 1.1 million - at the time, this meant reductions of 180,000.

And reserves are still going to run low (http://www.themoscowtimes.com/article.php?id=517902)...

Despite the aggressive measures, in my opinion, Russia still needs some positive upside in the economy to meet the budgetary targets. My view is that even if oil prices reach an average of USD55-60 pb in 2015, the deficit is likely to be around 3.5-3.7%, so with Budget amendments penciling in USD50 pb price, things are very tight and prone to adverse risks. The good news - state sectors' wage inflation (running in 20% territory over recent years) will be scaled back via inflation and nominal freezes. Bad news is, this too is unlikely to be enough.