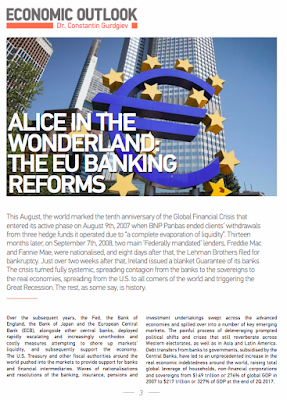 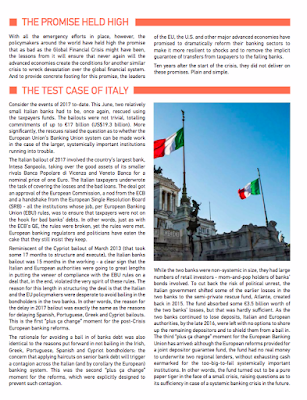 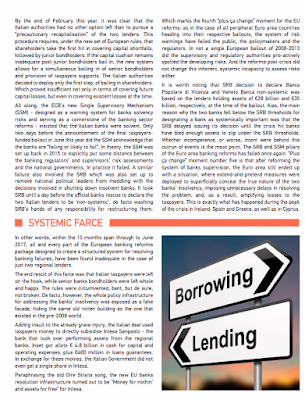 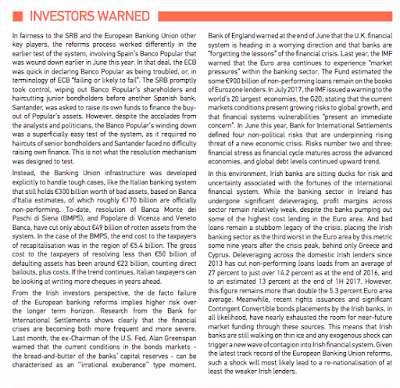 Instead of whingeing about the banks' plight, we should focus on the banks' resound failures and stop giving custom to the patrician incumbents. Let competition restructure Europe's banking sector. The only thing that sustains Europe's banks today is national- and ECB-level regulatory protectionism that contains competition within the core set of banking services. It is only a matter of time before M&As and organic build up of fintech players will blow this cozy cartel up from the inside. So regulators today have two options: keep pretending that this won't happen and keep granting banks a license to milk their customers and monetary systems; or open the hatches and let the fresh air in.
One of the key changes in recent years across the entire U.S. economy has been growth in market concentration (lower competition) and regulatory burden increases in a number of sector, including banking. A good summary of the matter is provided here: http://www.americanactionforum.org/research/market-concentration-grew-obama-administration/ .

However, an interesting chart based on the U.S. Fed data, shows that even with these changes U.S. banking sector remains relatively more competitive than in other advanced economies: 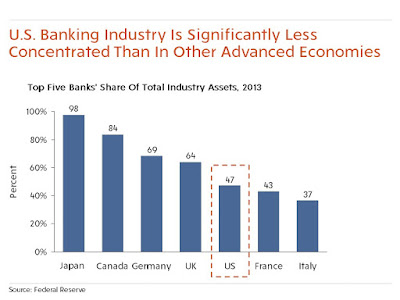 Chart next shows market shares of the European Investment Banking markets accruing to banks originating in the following jurisdictions: 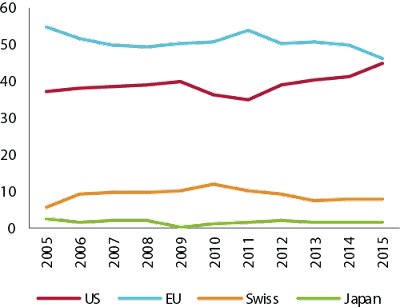 As an argument goes: “Deutsche Bank and Barclays are the only Europeans left in the top seven for the EMEA market. But they are likely to lose their positions because Deutsche Bank is currently undergoing a major reorganisation and Barclays is in the process of executing the Vickers split. In the investment banking field, the only pan-European banks will all soon be American. This has the corollary, for good or bad, that European national and EU-level authorities, such as the European Commission, will have rather less direct control over them. A key part of the European financial system is slipping out of the grasp of the European authorities.”

Does Europe need more regulation-induced consolidation in the sector, aiming to make TBTF European banking giants even bigger and even less diversified globally, as the European Banking Union and European Capital Markets Union, coupled with increasing push toward greater regulatory constraints on Fintech sector are likely to do?

Or does Europe need more disruptive and more agile, as well as risk-diversified, smaller banking systems and more open innovation culture in banking and financial services?


Note: you can see my analysis of the European Capital Markets Union here: http://papers.ssrn.com/sol3/papers.cfm?abstract_id=2592918
The IMF today released its Article IV assessment of the Euro area, so as usual, I will be blogging on the issues raised in the latest report throughout the day. The first post looked at debt overhang. 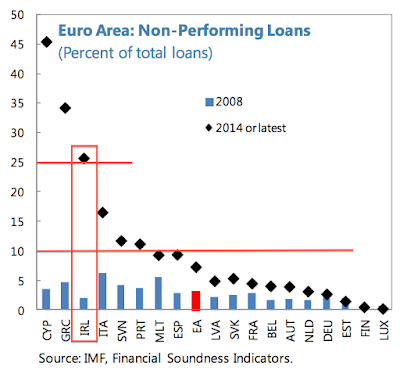 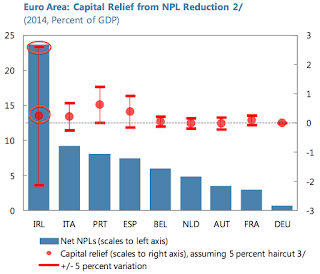 A disappointing feature, from Ireland's perspective, of the above figure is that simply driving down NPLs to historical levels will not be enough to deliver on capital relief in excess of the average (as shown by the red dot, as opposed to red line bands). The reason for this is, most likely, down to the quality of capital held and the impact of tax relief deferrals absorbed in line with NPLs (lowering NPLs via all but write downs = foregoing a share of tax relief).
Stay tuned for more analysis of the IMF Euro area report next.
My post for @learnsignal blog on EU financial regulation covering operational logistics is now available: http://blog.learnsignal.com/?p=188.