Despite all the QE and accommodative monetary policies, despite all the state funding directed toward new lending supports, and despite unorthodox measures aimed at inducing the banks to lend into the economy, the following took place in the advanced economies over the course of the Great Recession:
1) financing conditions globally have first tightened (during the Global Financial Crisis) and then eased, in majority of the advanced economies reaching the levels of stringency comparable to pr-crisis peak;
2) cost of borrowing fell on pre-crisis levels across all advanced economies with exception of a handful of countries; and
3) investment remains weak.

Want to see the problem illustrated? 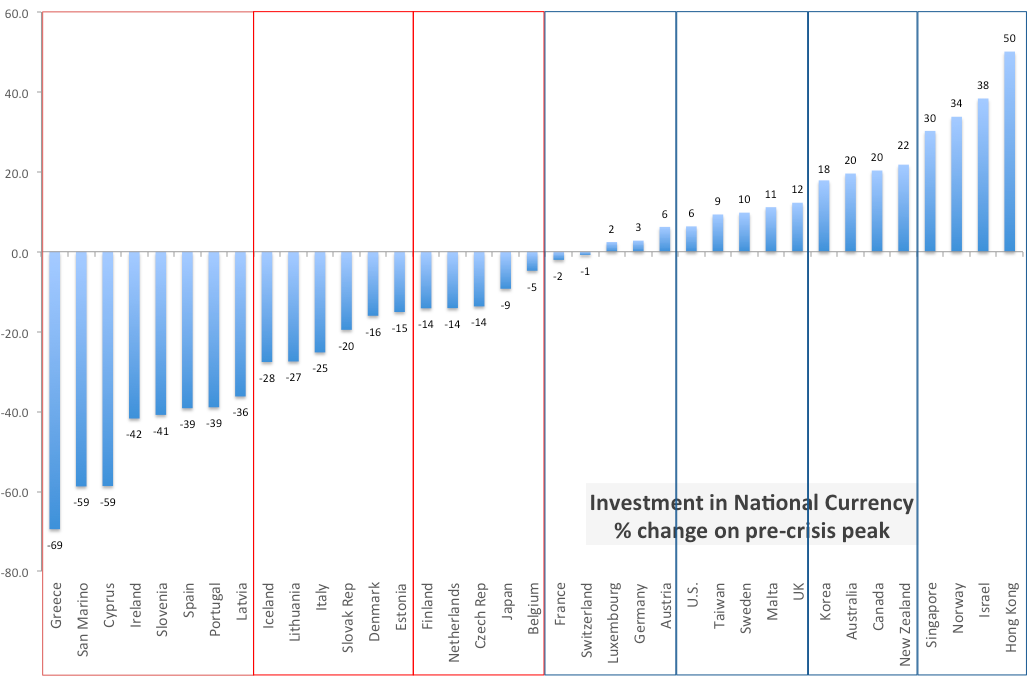 Per authors, "The evidence suggests that, historically, uncertainty about the future state of the economy and expected profits play a key role in driving investment, and financing conditions less so. As a result,
investment after the Great Recession appears to have been broadly in line with what could have been expected based on past relationships. A stronger recovery of investment would seem to depend on a reduction in economic uncertainty and expectations of stronger future growth."

As I argued in the paper on the European Capital Markets Union (CMU) proposal here: http://papers.ssrn.com/sol3/papers.cfm?abstract_id=2592918 - you might think that lack of investment is because markets for credit supply are dysfunctional. But you can also think of the demand side: if there is no growth prospect ahead, why invest in new capacity? And taking the second view, the prescription for solving the problem is: growth. Which requires improved prospects for investors, entrepreneurs, SMEs and, above all else - households.