In yesterday’s post I covered some interesting current numbers relating to NPLs in the European banking sector. And sitting, subsequently, in the tin can of an airplane on my way back to California, I remembered about this pretty decent paper from Banca d’Italia, published in September 2016.

Titled “The evolution of bad debt in Italy during the global financial crisis and the sovereign debt crisis: a counterfactual analysis” and authored by Alessandro Notarpietro and Lisa Rodano (Banca d’Italia Occasional Paper Number 350 – September 2016), the paper looked at the evolution (dynamics) of Italian banks’ NPLs since the start of the Global Financial Crisis and the twin recessions that hit Italy since 2008. Actual data is compared against “the counterfactual simulations". "A ‘no-crises scenario’ is built for the period 2008-2015. The counterfactual dynamics” generate a comparative new bad debt rate, which “depends on macroeconomic conditions and borrowing costs.”

Per authors, “the analysis suggests that, in the absence of the two recessions – and of the economic policy decisions that were taken to combat their effects – non-financial corporations’ bad debts at the end of 2015 would have reached €52 billion, instead of €143 billion." 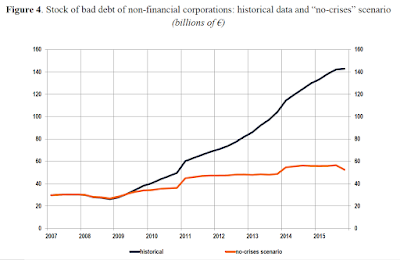 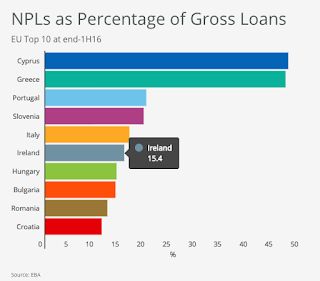 Still, for all the caveats, it is good to see that after 9 years of a crisis, Irish banking system is no longer in top-5 basket cases league table in Europe. At this speed, by 2026, me might be even outside the top-10 table...
In the world of scary stats, there's no place like Europe. 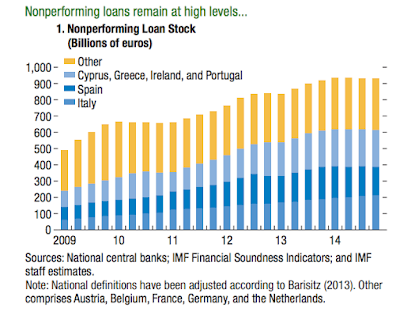 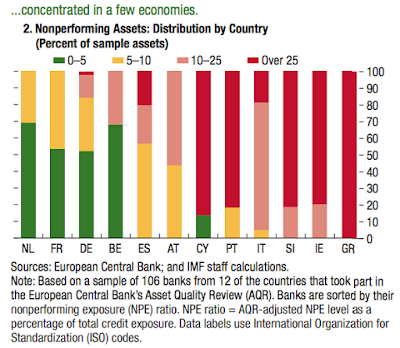 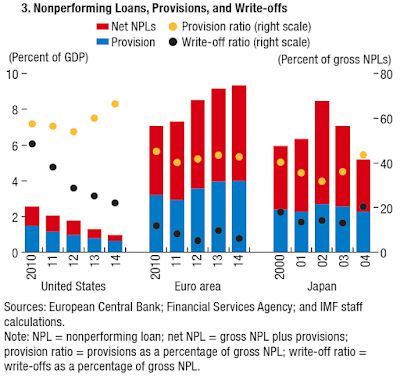 Clearly, successful resolution of the crisis is at hand.