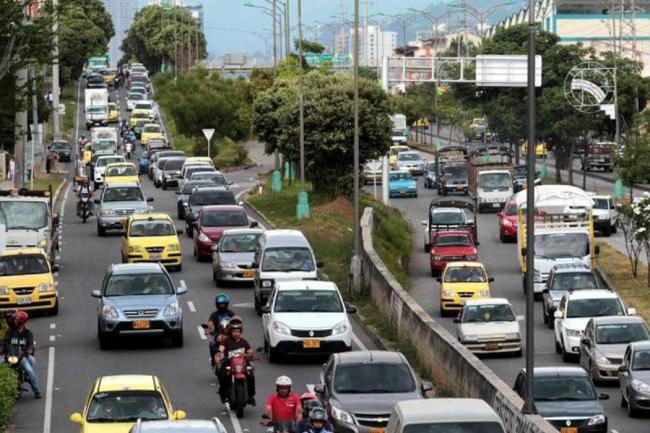 The Attorney General’s Office made a series of recommendations to the Minister of Transport, Natalia Abello Vives, due to the problems that caused the contract signed by the ministry of Transport and the company Datasoft Engineering Ltd. for $ 439 million for the calculation of the tax base for the payment of vehicle taxes.

First, the Special Prosecutor for Preventive Surveillance Civil requested timely adjustments to the resolution 5358 of 2015 Mintransporte, in compliance with the laws for possible shortcomings identified in the resolution.

Such amonalías they would be presenting in the valuation of vehicles by 2016, where some automotive are not within the resolution and is also overestimated the value of some of them against the real commercial value.

“We have asked the operator to investigate disciplinary contract and method thereof and define whether it was made in due form. an accompaniment to the process of nullity Acuvp established and the provisional measures requested on the case will also be held, “said the prosecution.

Finally, the attorney said he is concerned that this new vehicle assessment actually affect tax payments, SOAT and guarantees, as well as the economy of all Colombians owners of vehicles.

By the excessive increase in the rate of vehicle tax, the Government had suspended the collection of category for the month of January in the department stopped receiving $ 11 billion.

Europe's latest media arrival, Politco.eu is an outfit made to thrill... or to add thrill to the banal, boring, grey, stodgy (you name it) world of Brussels. And it is off with a flying start: http://www.politico.eu/article/a-crazy-european-storm/ The headline reads "A Carzy European Storm" and promises the risks of Grexit, Greefault, with some pepper garnish of Brexit too. It is as if someone at a gas station in Washington DC picked an old newspaper and gave it a 'Look wha's up in old crazy Europe!' yelp.

The premise is that Greece is about to face EUR774 mln payment to the IMF. No, we did not know this until the Politico.eu told us.

The thesis is that Greece might not repay it. No, we did not know that this was a possibility and we had no idea that the Greek Government officially said they will repay it.

The theorem is that if it is not repaid, there can be forced (by other member states) exit of Greece from the Euro.

Quote: "On May 12, after several weeks of barrel-scraping, Greece will pay back a €774 million loan to the IMF. Or maybe not. Which would then trigger the dreaded debt-default spiral that could push Greece out of the monetary union."

Proof [Politico.eu styled]: "“In 30 years here I’ve never seen such a crazy climate,” says a former merger-and-acquisition banker and hedge fund manager now running a corporate-finance advisory boutique." Which begs a question, was this lad asleep in 2008, 2009, 2010, 2011, 2012, 2013, 2014... to have missed an even 'crazier' 'climate'. Or were his measures of 'crazy' somewhat at odds with normal financial markets and public opinion polling indicators?

Never mind that Politico's only data-focused source, the Grant Thornton survey says that... err... no, there is not quite panic yet about Grexit, though concerns are rather high.

Of course, no one would dispute the risk of Grexit is serious. But Politico.eu might want to actually consult direct sources on whether it is feasible and whether it can be linked (over 'next 2 months' as one source alleges) to a reasonable likelihood of Greece leaving the Euro. And, finally, they might want to rethink as to whether it is possible at all to 'push Greece out of the monetary union'.

Here are two links worth considering:

Yep. An already crazy European storm that has been blowing over Greece and the euro area since mid-2008, uninterrupted, is pretty... well... crazy. But do we need another 'Spice Me Up, Scotty' media headline about it out on the web? Neah... not really...