After posting their best two consecutive months since 2014, our monthly sampling of the number of U.S. firms acting to cut their dividends in August 2016 rose significantly. 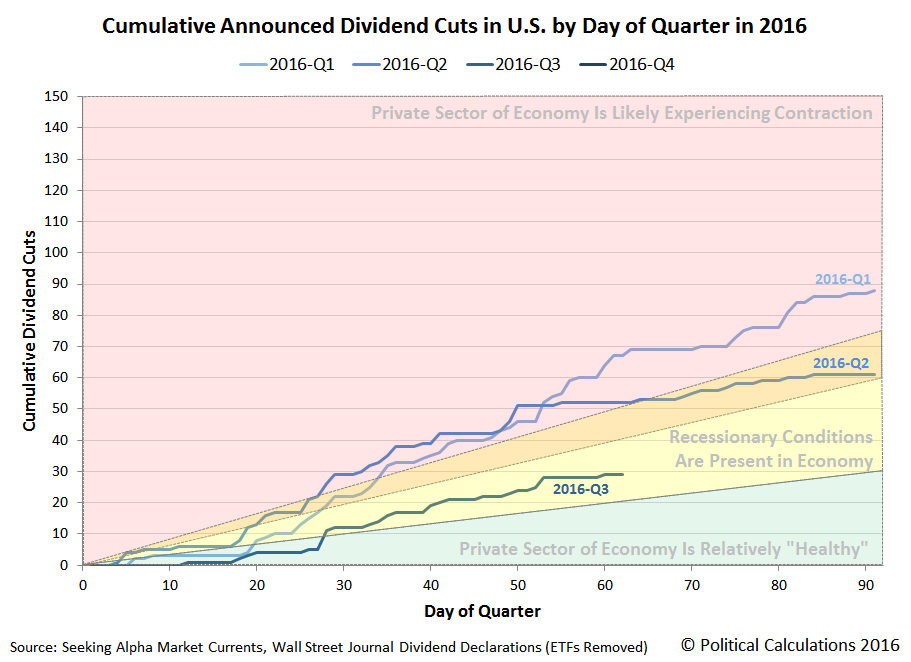 The biggest change is that the number of firms in the oil production sector of the U.S. economy has declined significantly in recent months, thanks largely to the rebound in crude oil prices since they bottomed in February 2016.

Where they once dominated the count of the number of dividend cutting firms, oil and gas firms now only make up a third of the total of our sample of 17 dividend cutting firms for the month. The following chart gives an idea of where the level of distress in the U.S. economy appears to be increasing, but since it has been drawn from a small sample, we recognize that it may only represent a statistical blip that would hopefully not be sustained. 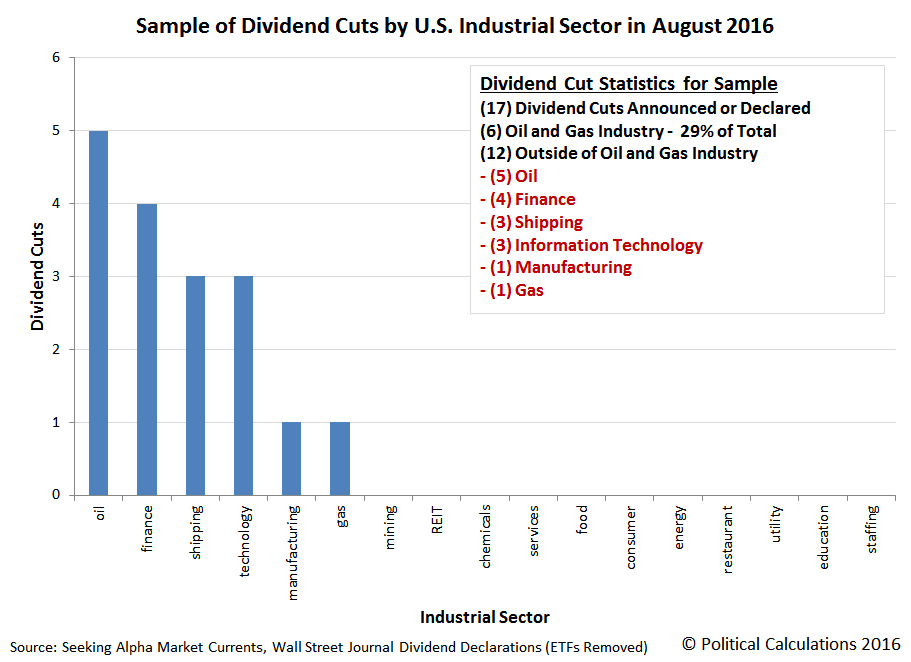 The table below lists the U.S. firms that announced dividend cuts during August 2016.

These are primarily firms with relatively small market capitalizations, where even the large dividend cuts announced by Medallion Financial, Textainer Group, Communication Systems and the Williams Companies did little to move the major stock market indices during August 2016.