The Consumer Expenditure Survey is a joint project of the U.S. Bureau of Labor Statistics and the U.S. Census Bureau, which documents the amount of money that Americans spend each year on everything from Shelter, which is the biggest annual expenditure for most Americans, to Floor Coverings, which represents the smallest annual expenditure tracked and reported by the survey's data collectors.

The chart below shows the average annual expenditures for the major categories per "consumer unit" (which is similar to a "household"), as reported in the Consumer Expenditure Survey for the years from 1984 through the just reported data for 2015. 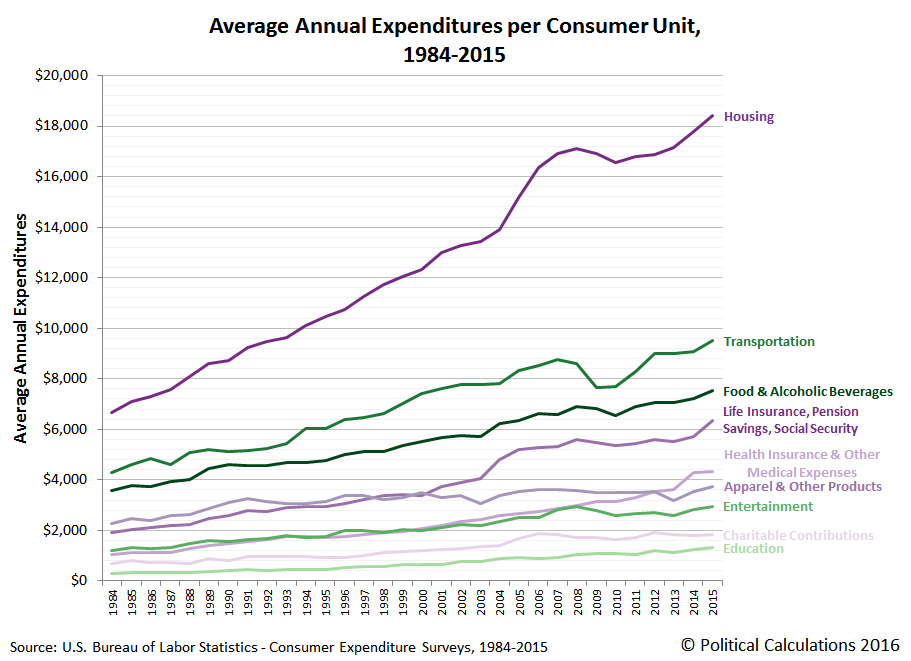 If you look closely at the chart, you'll see that the categories of Health Care & Other Medical Expenses and Entertainment tracked very closely with one another in the years from 1984 through 2008, but diverged considerably afterward, with Health Insurance & Other Medical Expenses rising more rapidly. And in case you can't see that in the above chart, the following chart shows each of these average annual expenditure categories as a percent share of each year's average annual total expenditures. 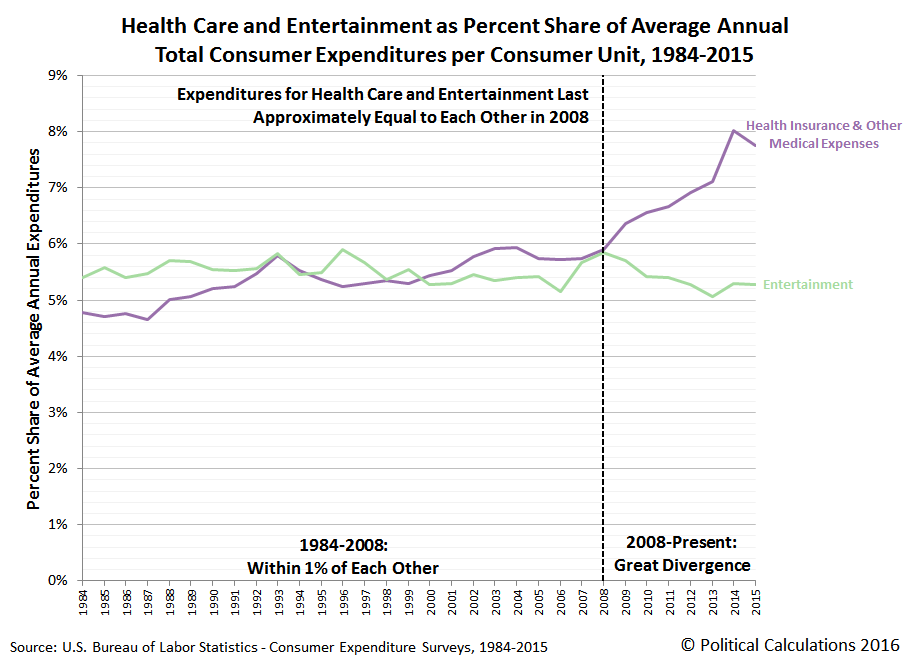 The Consumer Expenditure Survey provides more detailed data within each of these categories, so we drilled down into that data to see which components of these general categories are most responsible for the divergence we see in the average annual expenditure data since 2008. The following chart reveals what we found, as measured by the change in cost for each subcomponent of these general categories in each year since 2008: 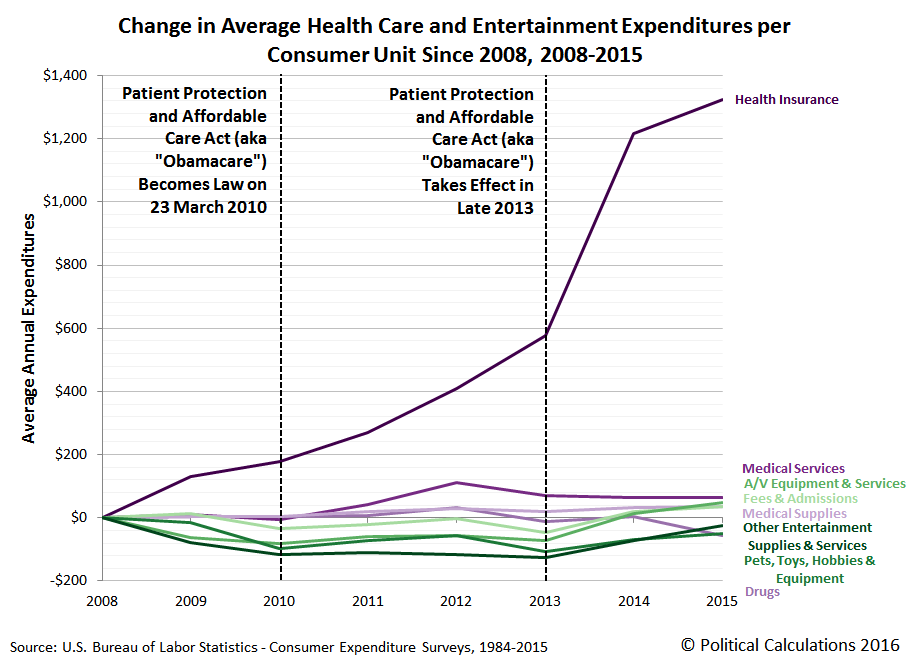 This chart is kind of remarkable in that it captures the escalation in the average amount that U.S. household consumer units pay for health insurance that took place after the Patient Protection and Affordable Care Act (popularly known as "ObamaCare") was first passed into law in March 2010 and began affecting the market for health insurance in the U.S., and then what happened after it went into nearly full effect with its enrollment period in the final months of 2013 for health insurance coverage that would begin in 2014.

That outcome is a confirmation that ObamaCare bent the cost curve for health insurance in the wrong direction.