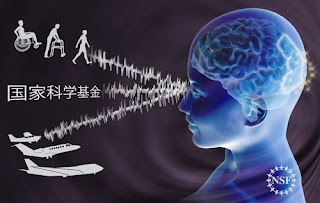 Can different parts of the human brain be reprogrammed to do tasks that are very different from those they would seem designed to do?

That's an intriguing possibility that has been raised by the findings of recent research at Johns Hopkins, which found some very remarkable differences in the way that the region of the human brain dedicated to processing visual information works between sighted and blind individuals. Their findings suggest the possibility that what would appear to be very specialized areas of the brain can indeed be trained to perform other tasks.

To find out, the researchers ran functional MRIs of 36 individuals, 17 who had been blind since birth and 19 who had been born able to see, who might be considered to be the control group in their experiment. What they wanted to test is whether there would be significant differences in how the visual cortex region of the brain might process non-sensory information between blind and sighted people.

Why non-sensory information? Because earlier experiments had indicated that the visual cortex region of the brain can reprogram itself to process information from other senses, like hearing and touch, one of the researchers, Marina Bedny, wanted to find out if that region could be retasked to do something entirely unrelated to its seemingly predefined purpose. Something far removed from anything to do with the senses and processing sensory information.

So she picked algebra.

We're pretty sure that many people, particularly algebra students, would agree that algebra is about as far removed from the human sensory experience as one can get! But as an an exercise in abstract, structured logic, it represents a skill that must be learned rather than an inherent ability, which made it an ideal mental process for which to monitor brain activity in the researchers' experiment.

During the experiment, both blind and sighted participants were asked to solve algebra problems. "So they would hear something like: 12 minus 3 equals x, and 4 minus 2 equals x," Bedny says. "And they'd have to say whether x had the same value in those two equations."

In both blind and sighted people, two brain areas associated with number processing became active. But only blind participants had increased activity in areas usually reserved for vision.

The researchers also found that the brain activity in the visual cortex of blind individuals would increase along with the increasing difficulty of the algebra problems each were asked to solve.

And that's where the promise of the researchers' findings lies:

The result suggests the brain can rewire visual cortex to do just about anything, Bedny says. And if that's true, she says, it could lead to new treatments for people who've had a stroke or other injury that has damaged one part of the brain.

If the John Hopkins researchers' findings hold, it suggests that better treatments for brain damage related to strokes, concussions and other injuries can be developed, which until this research finding, would not have been considered to have as good a potential prognosis for recovery based on our previous understanding of how the brain works.

There's a lot of science that has to happen between now and that more promising future, but that future has just gotten a lot cooler than it used to be!