In the private sector, the decision to take on debt can be considered to be a bet on the future.

By and large, when a new debt is incurred, it means that both borrower and lender have made a determination that the borrower will have sufficient income over the period defined by the terms of the loan to pay back the money they borrowed. To the extent that borrowed money will paid back with the income from newly generated economic activity, private sector debt can provide an indication of economic growth.

Three months ago, we speculated that the U.S. economy would benefit from a positive change in the acceleration of private sector debt during the second quarter of 2016. And sure enough, that's what happened - and really for the first time in years, it has happened without the assistance of quantitative easing. 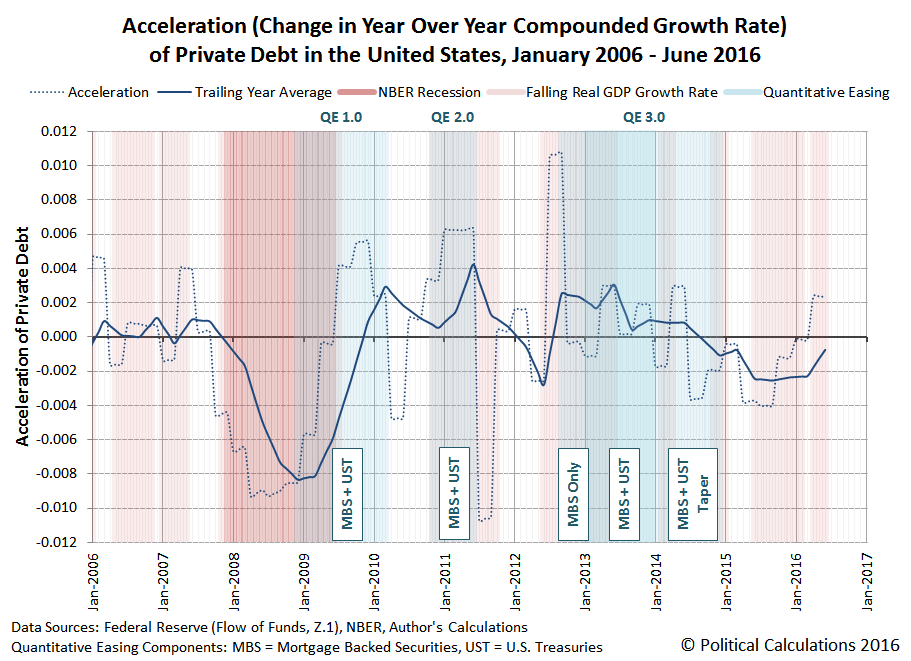 From 2016-Q1 to 2016-Q2, the real growth rate of the U.S. economy ticked upward from 0.8% to 1.1%, coinciding with a positive shift in the acceleration in the growth of private sector debt during the quarter. At the same time however, the trailing year average for the real GDP growth rate trended downward, largely as a result of the headwinds faced by the oil production and manufacturing sectors of the U.S. economy. 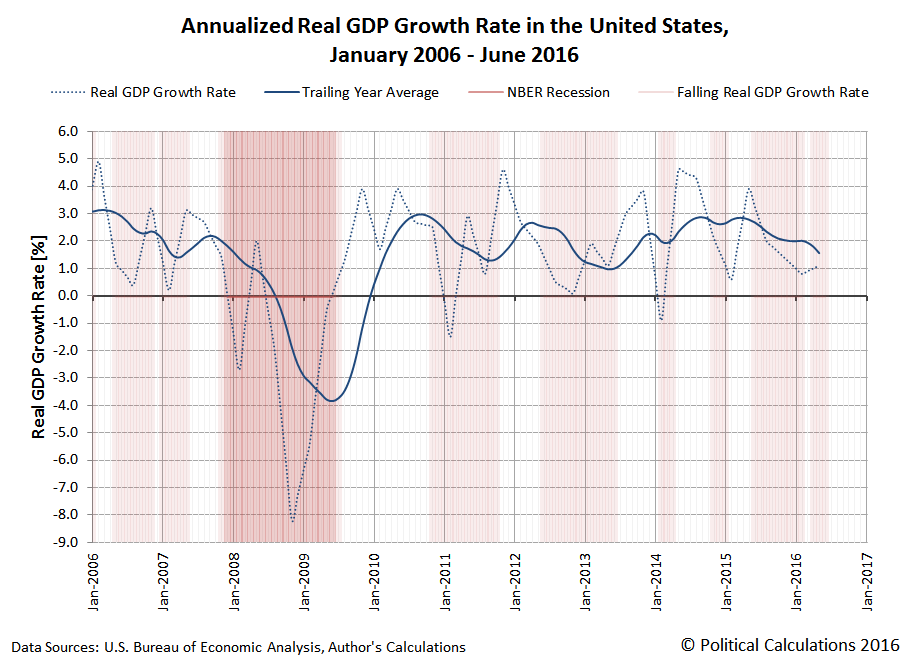 Looking toward the current quarter, there is early evidence that points to an increase in the acceleration of private debt in the U.S. economy in the early months of 2016-Q3, suggesting a more positive outcome for GDP than was recorded in 2016-Q2 lies ahead.