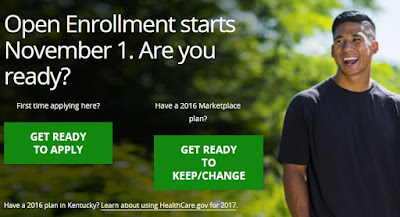 Since the Affordable Care Act's health insurance "marketplaces" first went online back in October 2013, we've been proud to offer a unique tool that subsidy-eligible American consumers can use to make the right choice for themselves in shopping for health insurance with respect to their personal financial situation and their health.

That tool will tell you whether it makes more financial sense to buy health insurance through the Obamacare exchanges or to opt out and pay higher income taxes instead, depending upon whichever of these options is less costly for you.

According to recently released IRS statistics, that is a choice that million of Americans have been making since 2014, where after performing similar calculations on their own and finding out how actually "affordable" the Affordable Care Act's health insurance policies are with respect to whatever additional tax they might otherwise have to pay after considering the state of their health. The IRS confirms that in 2014, the first for which Americans had to either demonstrate that they had health insurance coverage or else be subject to a "shared responsibility" tax penalty, some 8,061,604 Americans chose the penalty over paying any health insurance premiums.

The Obamacare tax collectively cost them $1.694 billion, which works out to an average tax paid of $210.14 per income tax return for those who were subject to the tax. By contrast, the average monthly unsubsidized premium for a health insurance plan through the Affordable Care Act exchanges for 2014 was $328, which corresponds to a total cost of $3,926 per year for health insurance coverage.

It would have taken annual tax subsidies of at least $3,716 to have made signing up for health insurance through the Obamacare exchanges a slam dunk choice from a personal finance perspective that year, and though the penalty income tax has since increased to its now maximum rate, which changes where that threshold now lies, similar personal finance math still applies today!

Our tool below will help you decide which option may be more affordable for you in 2017. Beginning on 1 November 2016, you can obtain the relevant health insurance policy cost information you need from either the Healthcare.gov web site, or more reliably, from the independent and far more transparent Health Sherpa site. The default data in the tool below applies for 2017 premium data that has already been published for Pueblo, Colorado.

Also, if you're accessing this tool on a site that republishes our RSS news feed, please click here to access a working version of our tool.

In building this tool, we've made a handful of assumptions. Here they are, along with links to our references for data:

Beyond this, we've assumed that for some people there may be a "gray area", who would only have a small incentive to not purchase health insurance, where any benefit in doing so is not very large with respect to their household income, and where the decision to buy or not buy should instead be based upon an assessment of what the buyer's actual health care needs for their household will be in the near term, rather than purely upon its cost with respect to the ObamaCare income tax.

Mathematically, we've defined that gray area as being equal to the difference between the penalty tax they might choose to pay or an amount equal to 4.2% of their income before taxes, which closely corresponds to the average expenditure of U.S. households for health insurance in 2015 according to the most recent Consumer Expenditure Survey. This figure has increased from the 3.1% of income before taxes that was indicated by data in the Consumer Expenditure Survey report for 2012, which is a direct consequence of how the Affordable Care Act has sharply escalated the cost of health insurance in the United States since it became law.

Here at Political Calculations, our policy is for our tools to always improve over time. This section of this indicates all the significant changes we have made to the text of this article and the code for this tool.

Materials on this website are published by Political Calculations to provide visitors with free information and insights regarding the incentives created by the laws and policies described. However, this website is not designed for the purpose of providing legal, medical or financial advice to individuals. Visitors should not rely upon information on this website as a substitute for personal legal, medical or financial advice. While we make every effort to provide accurate website information, laws can change and inaccuracies happen despite our best efforts. If you have an individual problem, you should seek advice from a licensed professional in your state, i.e., by a competent authority with specialized knowledge who can apply it to the particular circumstances of your case.