In December 2016, despite average 30 year mortgage rates jumping to 4.2%, the highest they've been since April 2014, preliminary median and average new home sale prices would appear to have almost set new records. 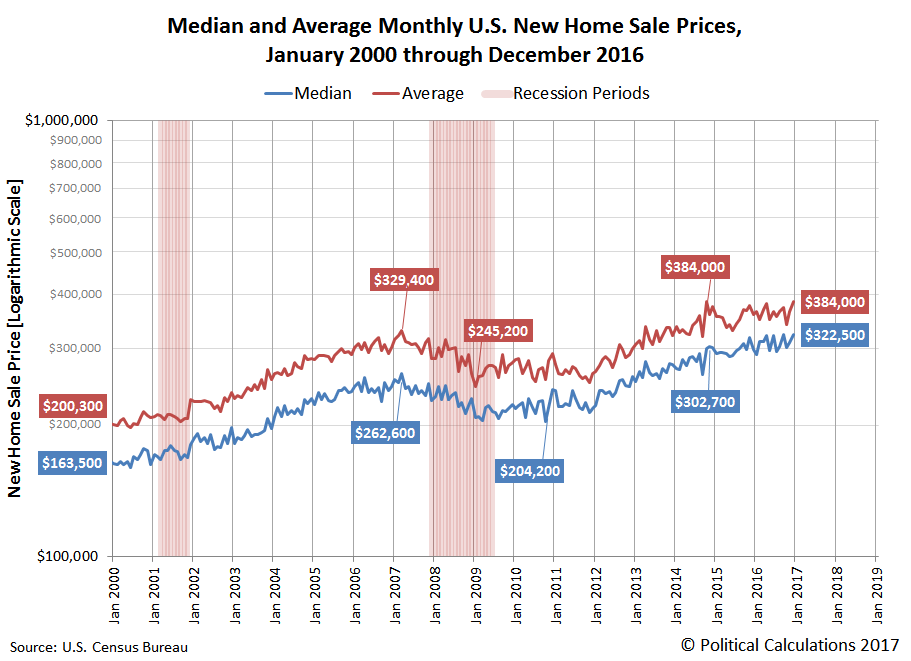 Meanwhile, the first estimate of the average new home sale price in the U.S. was recorded to be $384,000, which ties the all-time record that was set back in October 2014.

Based on our previous analysis of how previous new home sale prices have been revised from their first through their fourth and final estimate, we think that there is about an 89% chance that when the estimates for December 2016 are finalized three months from now, they will set new record highs.

The curious thing is that will come after they have experienced a 50% chance of being revised downward in their next estimate, which will be reported a month from now!