After the first week of May 2017, those are the odds according to Goldman Sachs that the U.S. Federal Reserve will next act to hike short term interest rates in the U.S. before the end of 2017-Q2.

And coincidentally, that's also the relative weighting of the amount of focus that investors are collectively placing on 2017-Q2 in setting today's stock prices according to our dividend futures-based model of how stock prices work! 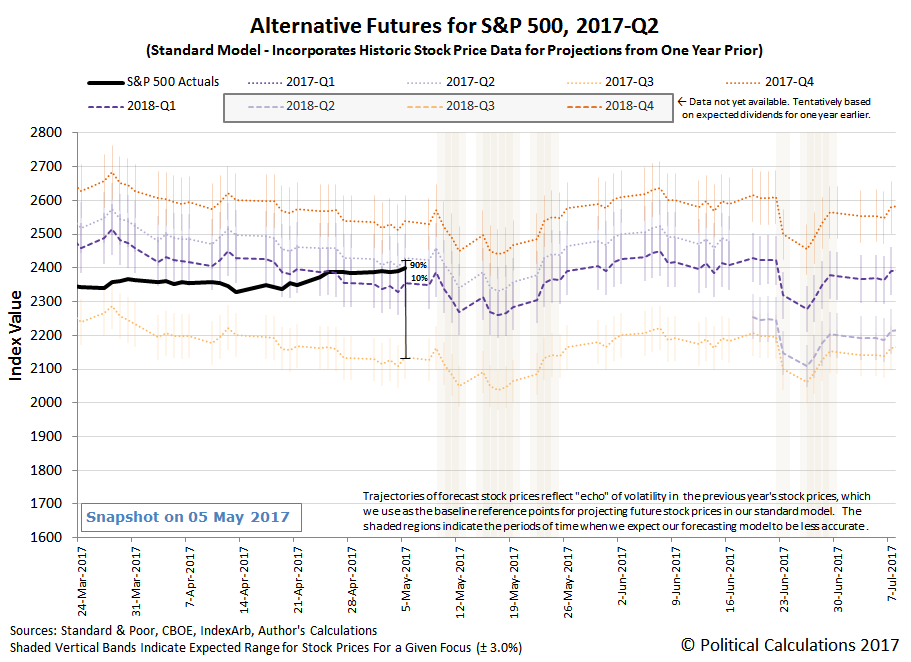 Of course, there are two main differences between Goldman Sachs and ourselves. First, we're not evil and second, we probably spent much, much less time and effort arriving at the same assessment, where a good part of what we do involves simply determining how far forward in time investors are looking ahead, a good part of which involves simply keeping up on the news as it happens!

Speaking of which, here are the headlines that we judged to be at least somewhat significant during Week 1 of May 2017....