We're almost to the end of 2017-Q2, so we'll take one last snapshot of how the pace of dividend cuts being reported in our ongoing real-time sampling are stacking up for the calendar quarter. First, here's how the second quarter of 2017 compares with the preceding quarter of 2017-Q1: 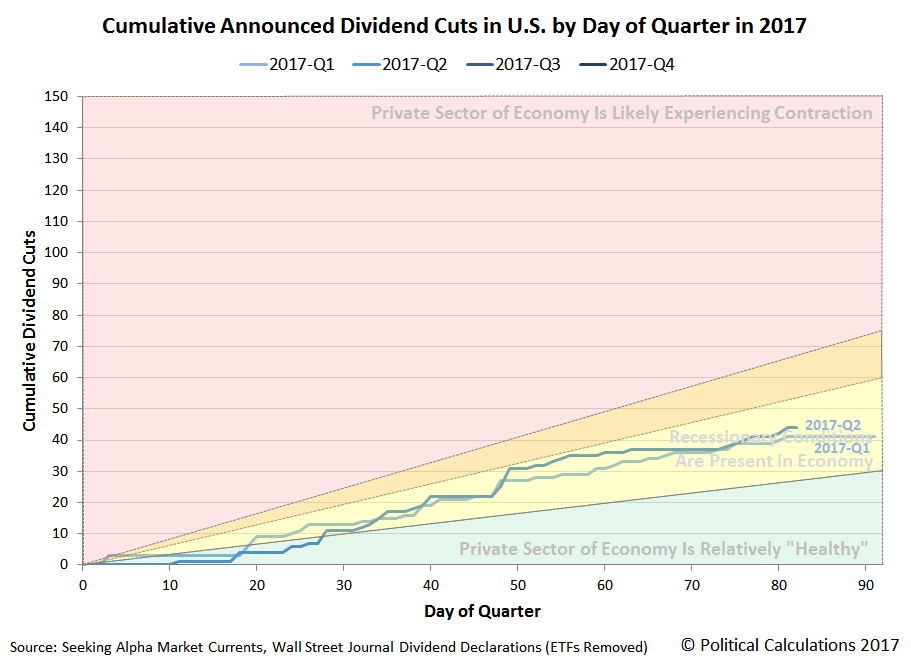 As of 21 June 2017, the number of dividend cuts announced during 2017-Q2 is slightly higher than what was reported in 2017-Q1, with 44 in the current quarter's sample as compared to the previous quarter's 41 as of the same relative point of time in the quarter.

But 2017-Q2 is well behind the year ago quarter of 2016-Q2's total of 59 dividend cut announcements through the similar point of time in the quarter.... 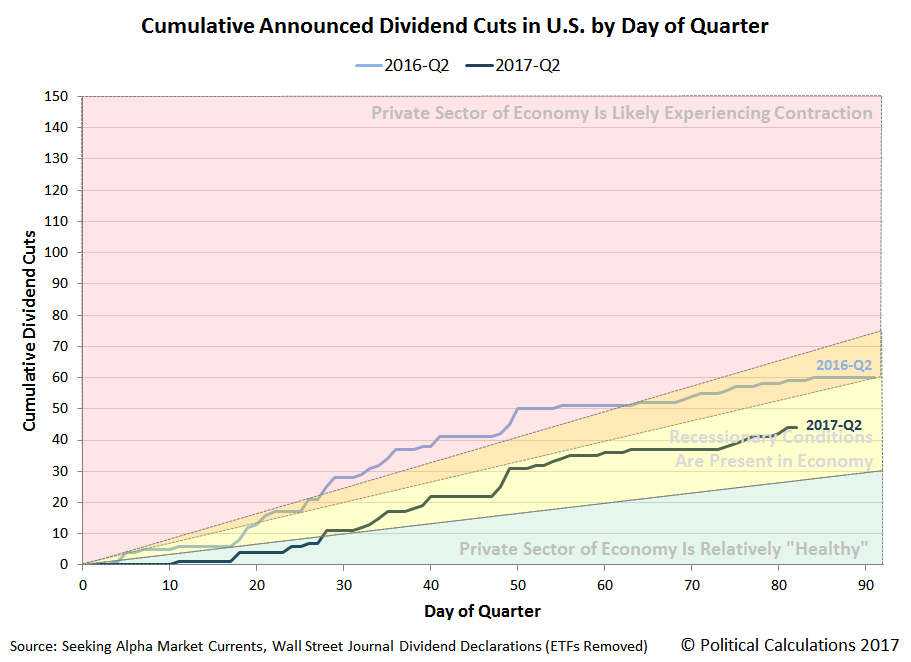 All in all, the number of dividend cuts in the quarter are consistent with recessionary conditions being present in the U.S. economy.

In our sampling, about 41% of the firms announcing decreases in their dividend payments to their shareholding owners are in the oil and gas sector of the U.S. economy, which follows from the reduced revenues they're earning with reduced oil prices in the global market.

There is also a high percentage of financial firms and real estate investment trusts in the mix, which combine to account for 25% the total. The remaining firms come from seven different industries, most notably chemical producers that produce agricultural fertilizers, where that industry accounts for 11% of the sampled 44 dividend cutting firms during in the quarter.