After a mixed month for dividend-paying stocks in the U.S., September 2017 proved to be somewhat brighter, especially when measured year over year against September 2016. Ditto for comparisons between 2017-Q3 and the year-ago quarter of 2016-Q3.

The following chart shows the number of dividend rises and cuts announced each month from January 2004 through September 2017. 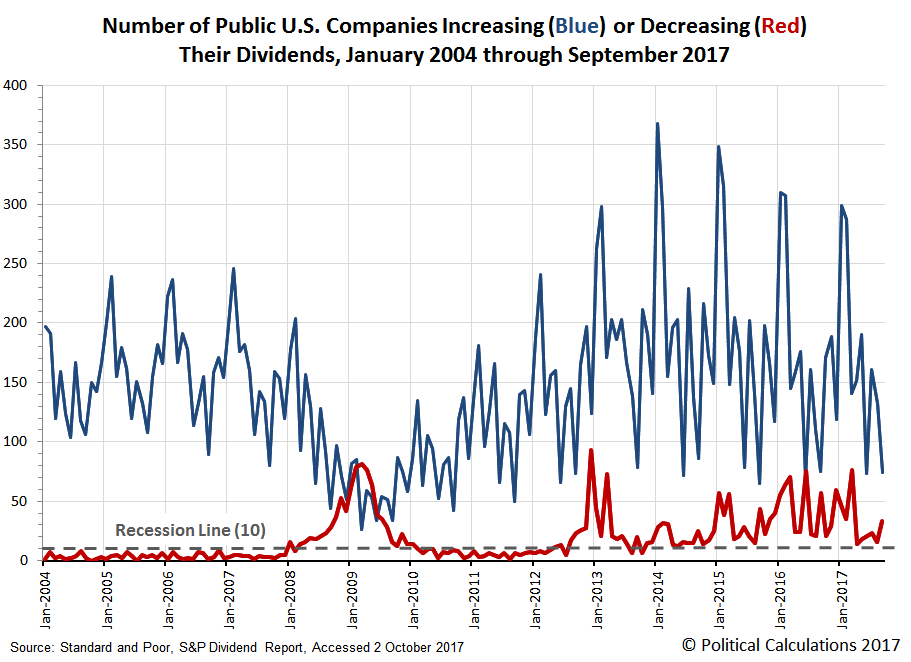 Let's get straight to the dividend numbers for the month of September 2017 (and also for the third quarter of 2017!)

On the whole then, the dividend numbers for the third quarter of 2017 suggest that the private sector of the U.S. economy has rebounded over the same quarter in 2016, where some of the data for the month of September 2017 is at levels that indicate some cause for concern as recessionary conditions continuing to affect certain sectors and regions within the U.S. economy.

Sampling the dividend cuts recorded by Seeking Alpha and the Wall Street Journal during 2017-Q3, we confirm that most of those conditions are concentrated in the oil and gas sector of the economy, with the finance and Real Estate Investment Trust sector also showing a notable level of distress. 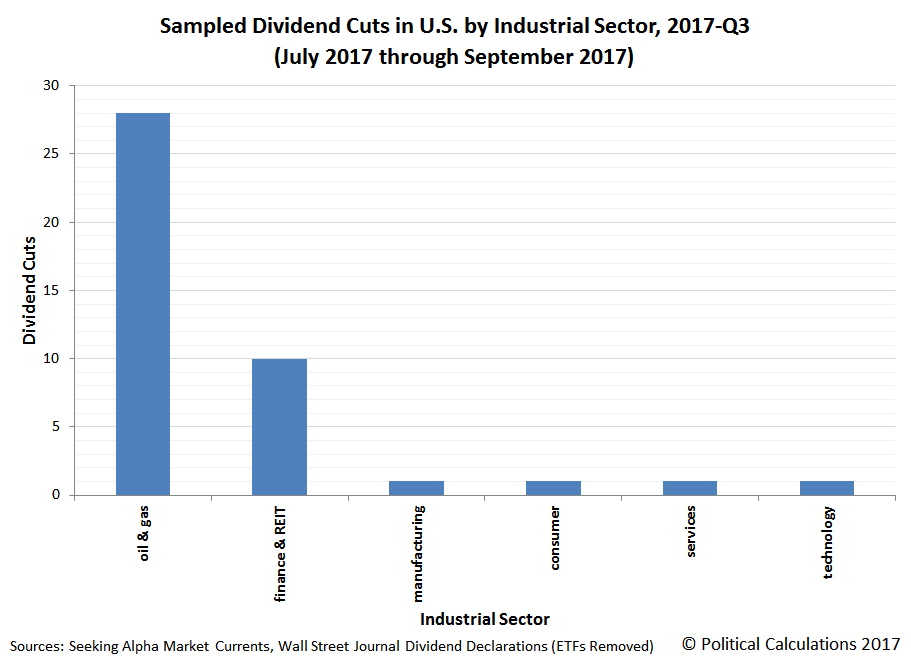 Oil and gas firms accounted for 28 of the 42 dividend cuts that captured by our sample during 2017-Q3 (67% of the sample), with finance and REITs accounting for 10 (24%). One firm in each of the manufacturing, consumer goods, services and techology industries made up the rest of our sample.