Just about 10 days ago, I wrote about the Bitcoin being a bubble. And since then, few things happened:

Yes, bottles of vodka are empty now. 'Investors' have moved onto magic mushrooms. 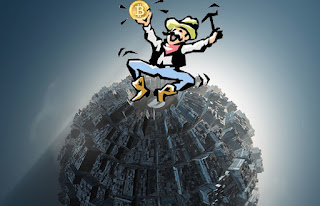