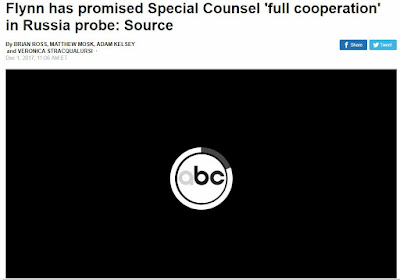 The fifth and final week of November 2017 was a positive one for the S&P 500 (Index: INX), where the U.S. Congress' progress toward passing a corporate income tax reduction package helped buoy stock prices throughout the week. That is, until Friday, 1 December 2017, at 11:06 AM Eastern Standard Time, when the ABC News division of Disney (NYSE: DIS) figuratively threw a monkey wrench in the U.S. stock market's works.

The original live report included the contention that former National Security Adviser Lieutenant General Michael Flynn, who had pled guilty to lying to the Federal Bureau of Investigation that morning, would testify that Donald Trump had instructed him to contact Russian government officials during the 2016 election campaign, prior to his election to be U.S. President on 8 November 2016, which would be a violation of the Logan Act, which prohibits U.S. citizens from negotiating the terms of U.S. foreign policy with foreign government officials without authorization by the U.S. government. Violations of the Logan Act are felonies under U.S. law, where if the contention were true, it would open the door to the impeachment of President Trump, who would not have had the legal authorization to instruct such an action prior to his election.

The following chart reveals what happened to U.S. stock prices, as measured by the value of the S&P 500 index almost immediately after that news hit the wires on 1 December 2017. We've marked where the S&P 500 was at 11:06 AM EST, when the story first broke, on the chart. 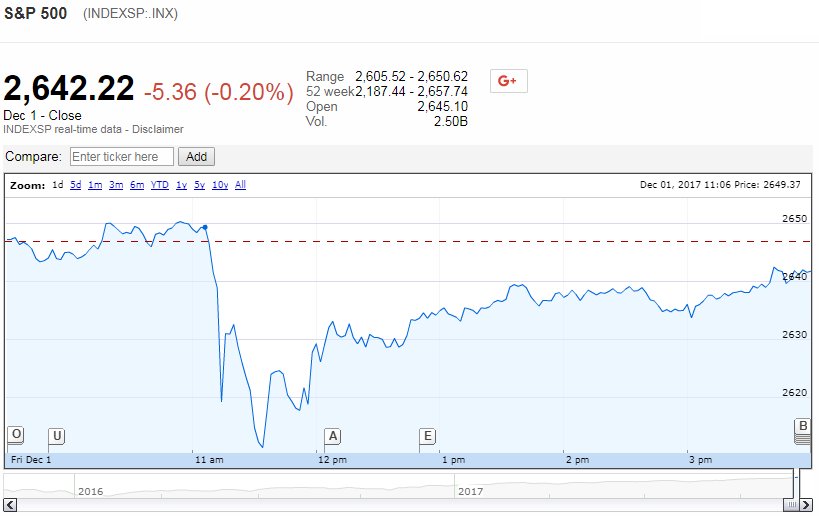 The main problem with the story is that it proved to be false. After the markets had closed, ABC News would go on to clarify the story to indicate that President-elect Trump (and not Candidate Trump) had provided Flynn that instruction, which later in the evening became a full retraction. ABC News' main reporter for the story, Brian Ross, has been suspended for four weeks without pay for his role in pushing it on air and at the time of this writing, no other punitive actions on the part of the news network have been announced against the other journalists and producers responsible for advancing the false claims made in the report, although ABC News has apologized for it.

The problem for ABC News and its corporate owner Disney is that the cost of having published the fake news is far higher than a month's pay for a star on-air journalist with a long history of sloppy reporting of which ABC News' editors and publishers should have been cognizant.

For the day, since ABC News did not fully retract the claim until well after markets closed, the S&P 500 closed down by 5.36 points to 2,642.22, representing a market cap loss of just $51 billion from the previous day's close.

That latter figure contrasts with ABC News' parent corporation Disney's gain of $0.43 per share, which rose to $105.25 per share along with a market cap gain of over $649 million as the company's investors profited from the day's news, which stands in contrast to the market-cap weighted losses that investors in the general market saw.

What legal liability that ABC News or its Disney corporation parent will have as a consequence of the "serious error" it has acknowledged existed in its reporting and the vetting of its editorial standards process has yet to be determined. Investors adversely affected by the shoddy reporting in this case may have grounds for legal action to recoup their damages. Earlier this year, Disney/ABC News paid a $177 million settlement to Beef Products over the news department's alleged defamation of the company in its 2012 reporting, where BPI had claimed damages of $1.9 billion.

Otherwise, looking over the entire week, the S&P 500 appears to be echoing the trajectory it took last year, with stock prices falling in between where we would expect them to be if investors were focused on either 2018-Q1 and 2018-Q2 in setting current day stock prices. 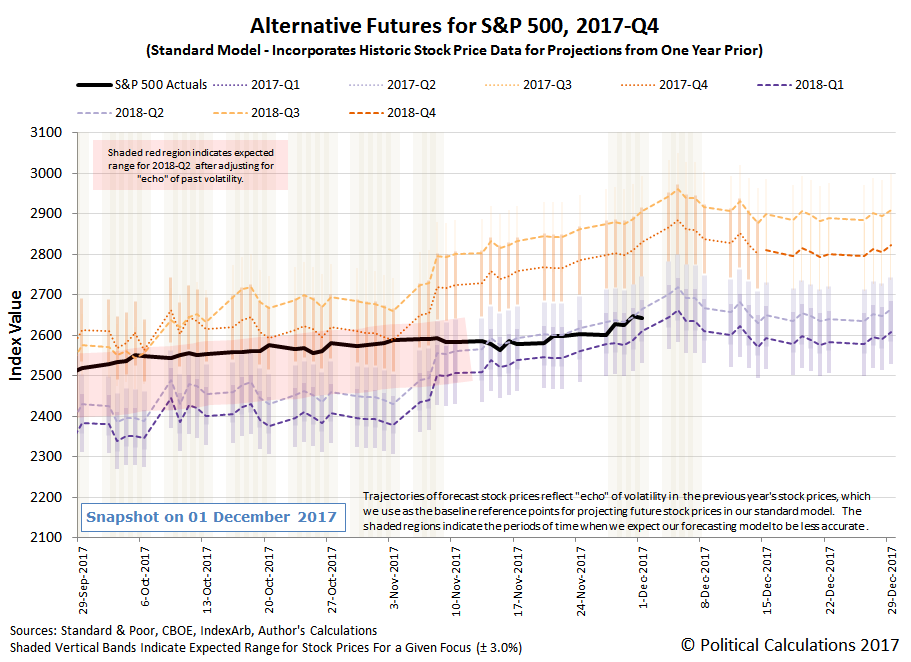 In reality, because that trajectory is in part based on the past volatility of stock prices, where we believe that the S&P 500 should be undershooting our model's projections through the end of next week, we think that there's a bit of speculative noise boosting the S&P 500, which we think is attributable to the improving prospects for corporate income tax reductions.

Other than these items, here is all the other news that caught our attention during Week 5 of November 2017.

Elsewhere, Barry Ritholtz succinctly summarized the for both pluses and minuses for the U.S. economy and markets for the fifth week of November 2017.