We're going to stick with just the facts in our roundup of this past month's market dividend news! The following chart shows the ongoing evolution of either dividend increase announcements or dividend cut announcements from January 2004 through November 2017. 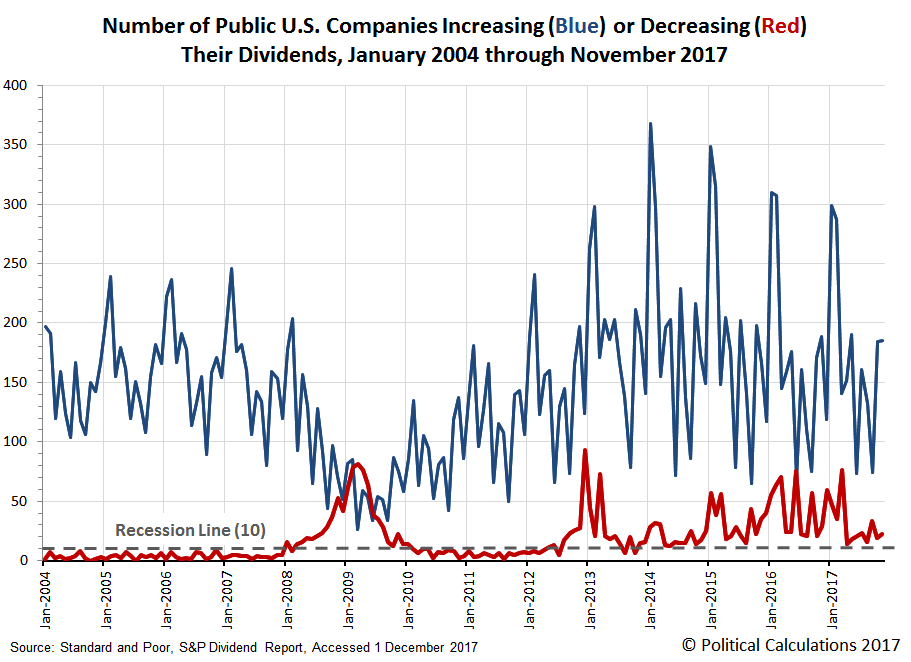 Looking at where there has been some degree of distress in the U.S. economy, as measured by the 20 companies that have either reduced or omitted their dividends during November 2017 in our sampling of dividend cuts announced during the month, we find that the financial firms and real estate investment trusts (8) have taken the lead over oil and gas production firms (6) for the first time this year.

Beyond those two industries, we found 3 chemical industry firms (predominantly agricultural fertilizer producers), 2 software producers and 1 mining outfit that cut their dividends during the month. 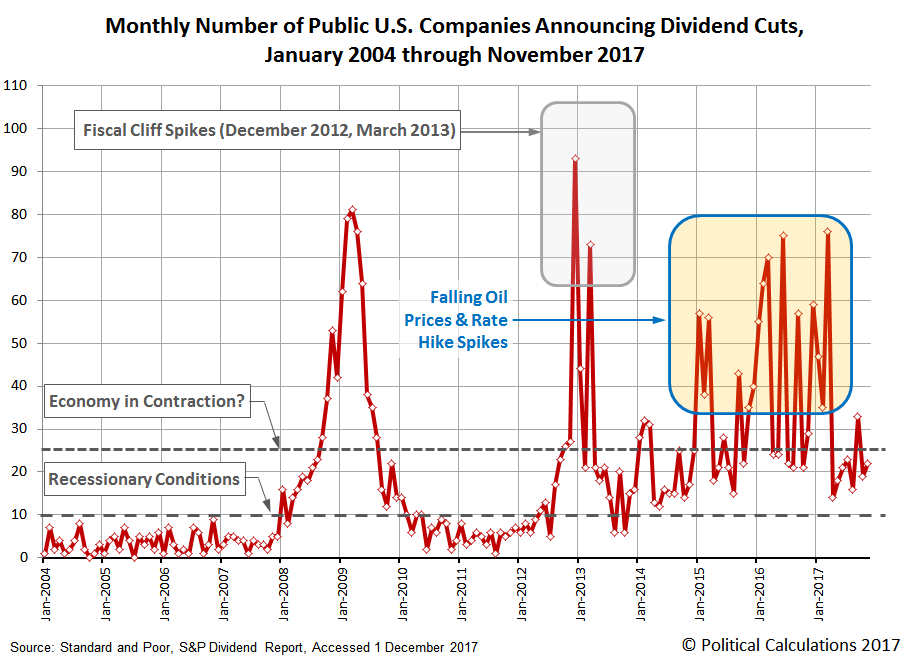 On the whole, a pretty good month for one of the better indicators of the real-time health of the U.S. economy!