A cutback in oil imports would almost certainly stem from shipping difficulties of some sort so we need the oil to be already in Australia, not half a world way in Nederland

Australia is facing new questions about whether it is taking the issue of oil security seriously, as the Federal Government moves to bolster lagging reserves by making a treaty with the Netherlands.

It has been six years since Australia last met its global obligations to maintain sufficient oil reserves to last 90 days, a benchmark set by the International Energy Agency (IEA) in 1974.

Oil stocks currently sit at between 51 and 52 days, and a wave of oil refinery closures in recent years has been blamed for the decline.

One option being considered is new treaties with countries as far afield as the Netherlands, so Australia can draw from other oil stocks in the event of an emergency.

Shane Gaddes from the Department of Environment and Energy told a parliamentary hearing on Monday that 3 million barrels could be quarantined in the Netherlands through the use of a ticketing system.

"Australia has been non-compliant since March 2012, and Australia's non-compliance has been driven by falling domestic crude oil production, along with rising product demands and imports," Mr Gaddes told the inquiry.

"The Australian Government intends to purchase up to 400 metric kilotons of oil stock tickets in the 2018-19 and 2019-20 financial years."

But upon questioning, Mr Gaddes told the hearing such a deal would only add an extra 3.8 days of oil reserves.

"It's taken us six years to do something, and this treaty gives us three-and-a-half days of oil supply — how long's it going to take you to fix the rest of the shortfall?" Mr Blackburn said.

"It's part of our obligations to start to address the shortfall in our membership requirements, but the domestic security of fuel in this country is a separate issue that has not been analysed properly."

He said it was unlikely a treaty with the Netherlands would help in the event of a crisis.

"Most of our oil passes through Indonesia," he said. "That's not anyway a criticism of Indonesia but if things happen, that oil is in the Netherlands, we'll need it in Australia.

"That's almost a fake supply, it's lovely to have that but if we're not having tankers turn up, the oil in the Netherlands is not going to help us — it's a long way from Australia."

He said Australia should dramatically ramp up its storage capacity. "We've got the land capacity, if you're going to pay for storage in another country, why not pay for that storage here in Australia by the oil companies?" Mr Hughes said.

Company tax has had its day

The company income tax rate is to be cut to 25% in 2022. You read that correctly — but it’s not happening in Australia. It is happening (of all places) in France — one of the most heavily taxed nations on earth and one whose politics we have come to think of as always being several degrees to the left of ours.

So if France can cut its company tax to 25% and Australia can’t, it makes one wonder what is going on here.

In fact, it’s not only France. There is a worldwide trend towards lower corporate income tax. The shift was in place even before the US federal rate was cut to 21% earlier this year, but that change has given the trend a new and massive push.

As the tax on internationally mobile capital goes down, Australia as a destination for global capital — far from being unable to afford a cut in its company tax rate — cannot afford not to.

The fact we have a dividend imputation system does not change that reality. Nor does the nauseating repetition of slogans pitting funding for schools and hospitals against tax cuts for banks.

The question is whether we wake up to the need for lower company tax now, based on conjecture, or wait for the consequences of not cutting company tax to become ever more apparent.

The consequence would be a continuation of the weakness in business investment we are already seeing. Investment is the lifeblood of growth in productivity, the economy, employment and real wages.  Growth can continue for a while without it — but not forever.

Company tax has become a political football; with the focus no longer on the economic case for a cut, but on the game of scoring points for the next federal election.

Right now the most likely outcome is that we are stuck indefinitely with a cumbersome, inefficient two-tier company tax rate; premised on the mistaken belief that the economic benefits of a lower rate depend on the size of the company.

Sooner or later — whether it happens under the current government or a future one — an across-the-board cut will be seen as an economic necessity.

Is it too late to save our universities?

WHEN university teaching assistant Lindsay Shepherd showed her students a clip of a TV debate about the use of gender-neutral pronouns, she was accused of “epistemic violence”. 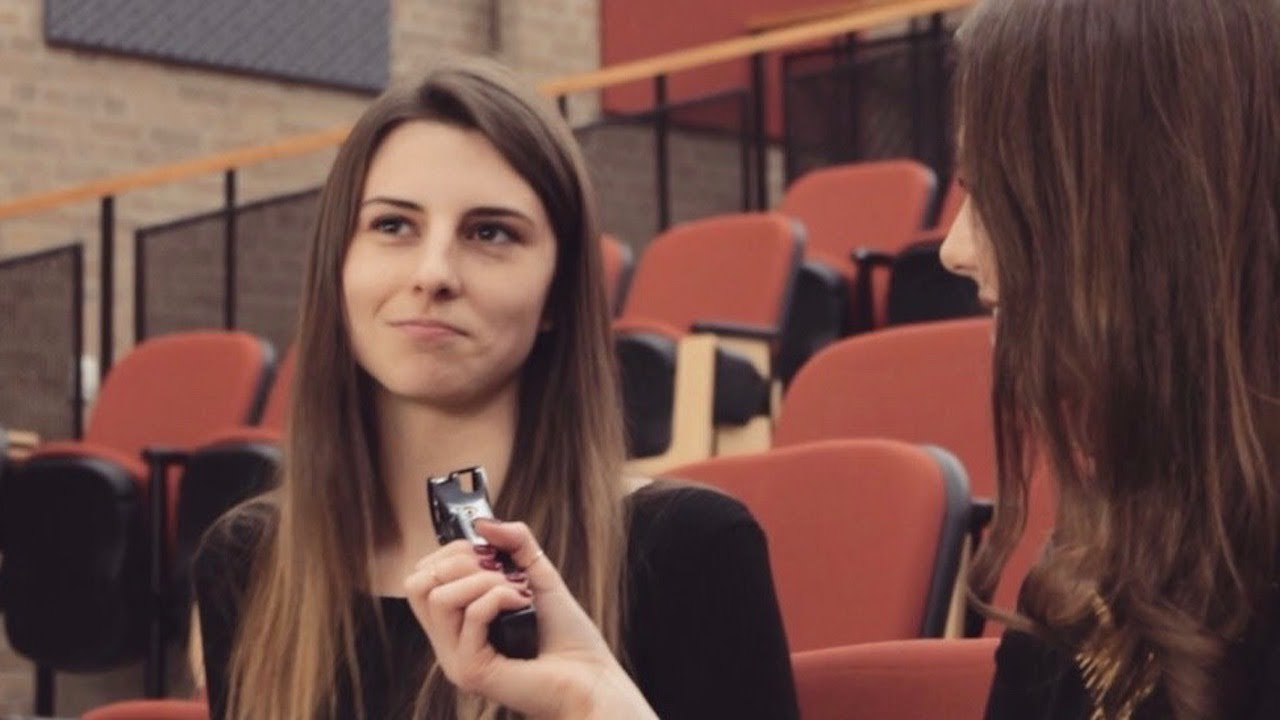 An LGBT centre official claimed her activities led to a surge in assaults on transgender people. When asked to prove the allegations, he said he didn’t have to “perform his trauma”.

A professor in Ms Shepherd’s own department wrote an opinion piece for the local paper saying the campus “had become unsafe”.  “Is freedom of speech more important than the safety and wellbeing of our society?” he asked.

Ms Shepherd, a graduate student at Canada’s Wilfrid Laurier University, made international headlines late last year after she released an audio recording of her interrogation by university officials over the tutorial lesson.

She was told her decision to air the clip featuring University of Toronto psychology professor Jordan Peterson debating Bill C-16 — a law making it illegal to refuse to refer to transgender people by their preferred pronouns — had created a “toxic climate” and an “unsafe learning environment”.

She was accused of violating the university’s gendered and sexual violence policy for transphobia, the Ontario Human Rights Code, and even Bill C-16 itself simply by presenting criticism of the bill.

“Most shockingly, I was told that by playing that clip neutrally and not denouncing Peterson’s views, this was akin to neutrally playing a speech by Hitler. So it was my neutrality that was the problem,” the 23-year-old told a gathering at the [Australian] Centre for Independent Studies on Thursday night.

Ms Shepherd, who has since launched a $3.6 million lawsuit against the university over the “inquisition”, was speaking alongside Quillette magazine founder Claire Lehmann and sociologist Dr Tiffany Jenkins at an event titled “The Snowflake Epidemic”.

Conservatives have held up her case as a emblematic of a radical left-wing takeover of universities, where safe spaces, “micro-aggressions”, trigger warnings and censorship of ideological opponents are now commonplace.

For many, the universities are a lost cause after decades of postmodernism — which holds that there is no objective truth — eating away at the intellectual foundations of most disciplines.

In 2013, two whiteness studies “scholars of colour” published a peer-reviewed paper exploring their lack of empathy for the victims of the Boston Marathon bombings and the Sandy Hook massacre — because the victims were white.

“Why does this matter? Students who get inculcated into this ideology graduate and enter the professions, enter the media and enter corporations,” said Ms Lehmann, whose online magazine bills itself as a “platform for free thought”.

The panel warned that it only took a small number of aggressive activists to force the majority to acquiesce. “The radicals are definitely a minority,” Ms Shepherd said.

“The thing is, the vast majority of students on campus are totally disengaged. They don’t do their readings, they barely come to class, they don’t care about anything, they just want to pass with the lowest grade they can get, so they don’t care what happens. That’s why the minority is so powerful.”

Ms Lehmann said the noisy minority had power. “You can see the impact in Australia through the corporate world with all of this virtue signalling on diversity and inclusion and implicit bias training,” she said.

“Implicit bias training doesn’t have any solid scientific evidence backing it up. These ideas have impact. They waste money. They waste people’s time.”

Ms Shepherd said the only way to fight the activists was to get a “critical mass of people who will speak out, but when you look at my situation it’s not very inspiring for other students”.

“Other students were publishing op-eds saying I put hate speech in my classroom, I’m a transphobe, I committed gendered violence,” she said.

Dr Jenkins said the “bottom up” censorship that came as a result of identity politics already “seeped into our everyday lives”. “The interesting thing about it is it doesn’t announce itself in the way censorship used to,” she said.

“How we deal with each other, second guessing, seeing each other through the prism of difference. It encourages people to see each other as harmful.”

She said educators had a responsibility to the younger generation and she “would not necessarily encourage people to go to university anymore”.

Ms Lehmann agreed that the universities were lost. “A lot of us are trying to build intellectual spaces online,” she said.

“We try to have serious, thoughtful, complex discussions on difficult topics. There is quite a robust community of us who are scattered all over the world but we come together to talk about things you would have ordinarily talked about in a university tutorial setting but we can’t anymore so we talk about it online.

“We have to carry on the spirit of learning and the values of western civilisation, and the love of learning and books. That’s all we can really do is keep that flame burning. Universities are an institution, but institutions die.”

The Nationals have urged the federal government to support new coal-fired power plants and lift the ban on nuclear energy.

The party's federal council in Canberra on Saturday passed a motion calling on the government to back building high-energy, low-emissions power stations to provide reliable and affordable power.

Resources Minister Matt Canavan reinforced the case for coal, as conservative backbenchers agitate for its use to drive down power bills.

"I don't want to live in a nation where we just export our energy to the rest of the world to help their development, jobs and pensioners," he told the Nationals council.

"We need to use some of that here and we don't think it's a sin to do so."