We've drilled down a bit deeper into the U.S. Census Bureau's data documenting the lifetime income trajectories that Americans have expect based on their level of education.

Previously, we looked just at those trajectories for all Americans with some work experience for the years from 2000 through 2016, which includes the data for Americans who work part time, who may only work part of a year, who may have exited the workforce, whether temporarily, such as to focus on raising children or because of layoffs or other job changes, or permanently, such as through retirement.

Now, we're focusing like a laser beam on Americans who work full-time, year-round and, as a bonus, we've expanded the data in our analysis to include all the years for which the Census Bureau has provided this information in a convenient digital format, which is to say since 1994. Our first chart shows the mean lifetime income trajectories for various levels of educational attainment for these full-time, year-round workers: 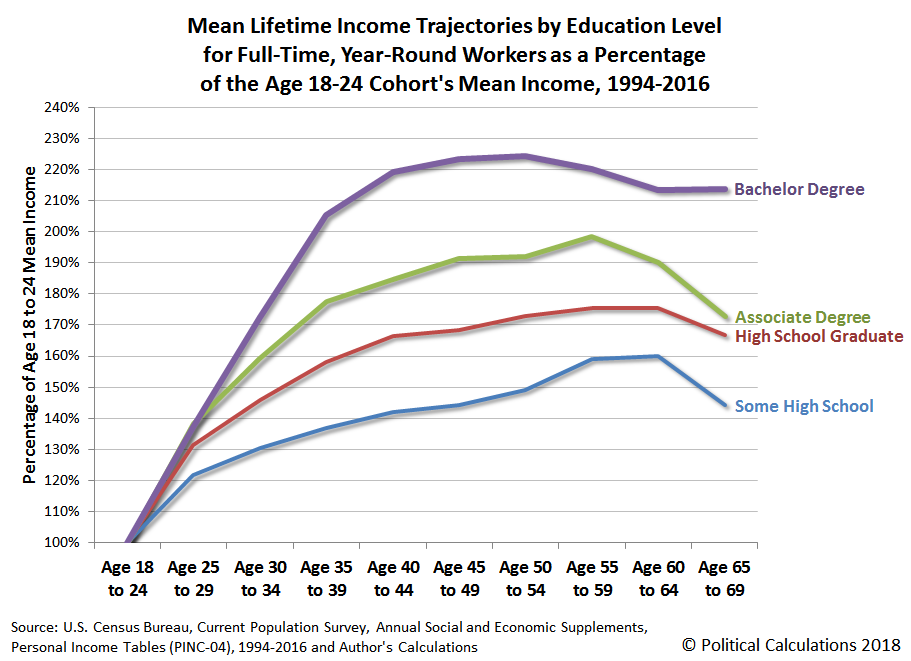 This chart reveals a clear difference in the education level-based lifetime income trajectories that Americans who work full-time, all year-round, where those who can sustain working at this pace can expect to have, on average, higher lifetime incomes with higher levels of educational attainment.

That income differentiation also carries from the very outset of their adult working lives, where incomes rise with higher levels of education. The following chart shows this data for 2016, which until September 2018 when the data for 2017 will be made public, represents the most recent year for which this data is available. 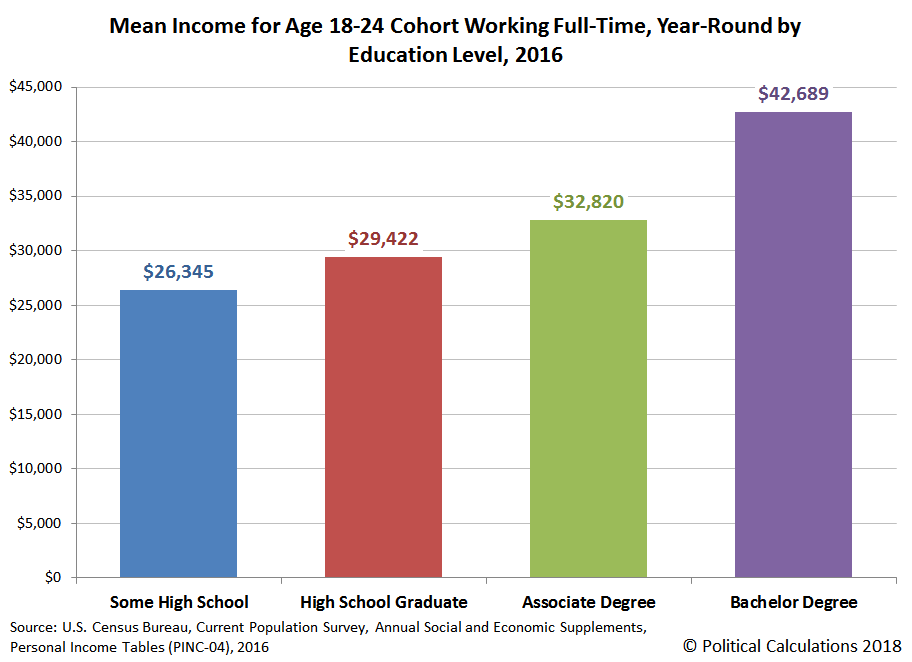 The pattern shown in the first chart is persistent from year-to-year in the Census Bureau's historical data, which provides confidence that the survey data is capturing the average lifetime income trajectories of Americans who work full-time, year-round. As an example of this persistence, the following chart shows the age-based incomes as a percentage of the mean income of the Age 18-24 cohort for Bachelor degree holders who work full-time, year-round. 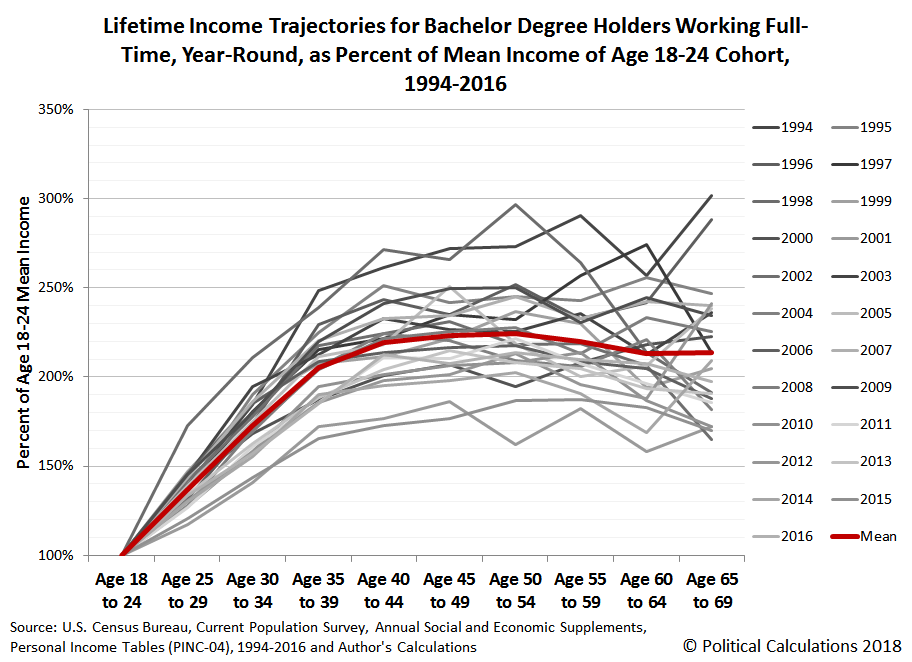 While there is considerable variation from year to year, the overall pattern for lifetime income trajectories holds across the various levels of educational attainment and over what is now more than two decades worth of income data.