From time to time, we like to recognize the existence of spurious correlations in the data we regularly track, just for the sake of sharing them on those days where we're preoccupied with other projects. Today, that spurious correlation comes, literally, in the form of an eerie parallel between the growth trend of median new home sale prices with respect to the growth of median household incomes just before the first U.S. housing bubble topped out, and the current trend in the second U.S. housing bubble since April 2014: 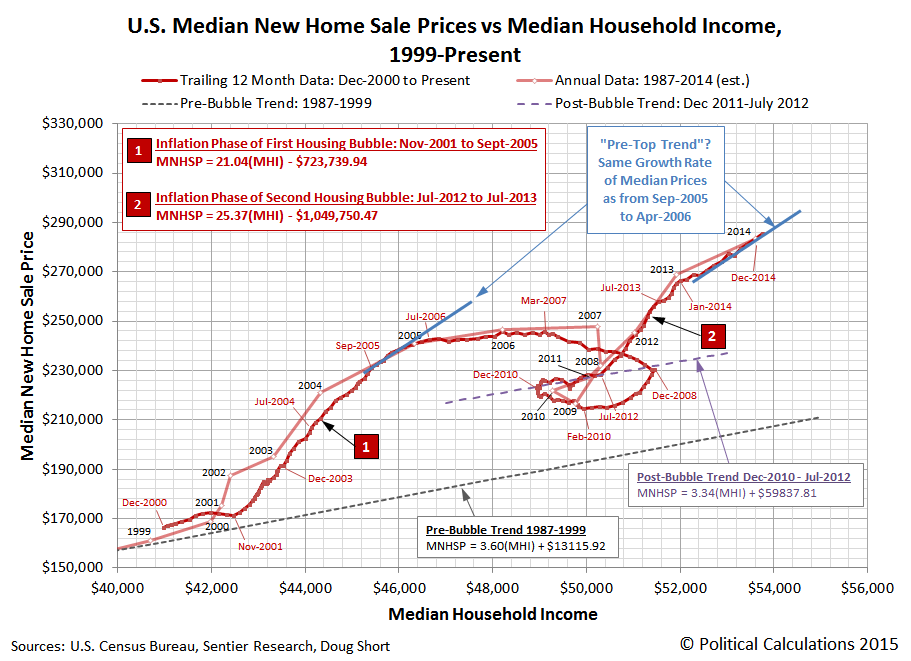 Yes, those blue lines are indeed perfectly parallel to one another. So what do you think? Is history repeating itself? Or does it just rhyme from time to time?

Sentier Research. Household Income Trends: July 2014. [PDF Document]. Accessed 4 March 2015. [Note: We have converted all the older inflation-adjusted values presented in this source to be in terms of their original, nominal values (a.k.a. "current U.S. dollars") for use in our charts, which means that we have a true apples-to-apples basis for pairing this data with the median new home sale price data reported by the U.S. Census Bureau.]