The range of total returns (unadjusted for differential FX rates) for some key assets categories since 2009 via Goldman Sachs Research: 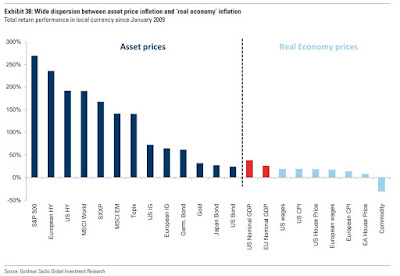 The above highlights the pivot toward financial assets inflation under the tidal wave of Quantitative Easing programmes by the major Central Banks. The financial sector repression is taking the bite out of the consumer / household finances through widening profit margins, reflective of the economy's move toward higher financial intensity of output. Put differently, the CPI gap to corporate costs inflation is widening, and with it, the asset price inflation is drifting toward financial assets: 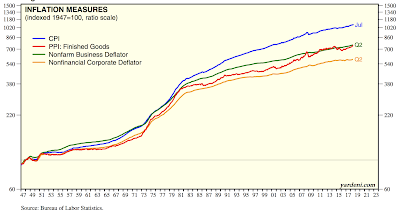 This is the 'beggar-thy-household' economy, folks. Not surprisingly, while the proportion of total population classifiable as middle-class might be stabilising (after a massive decline from the 1970s and 1980s levels): 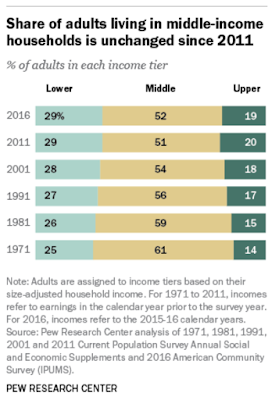 Incomes of the middle class are stagnant (and for lower earners, falling): 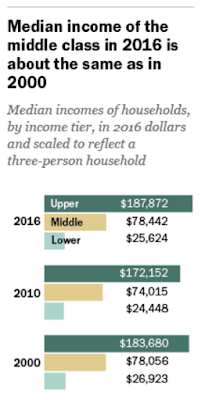 And post-QE squeeze (higher interest rates and higher cost of credit intermediation) is coming for the already stretched households. Any wonder that political populism/opportunism is also on the rise?