While a relatively well known and understood fact in Ireland, this is an interesting snapshot of data for our students in Behavioral Finance and Economics course at MIIS. 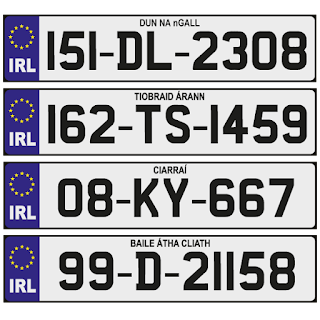 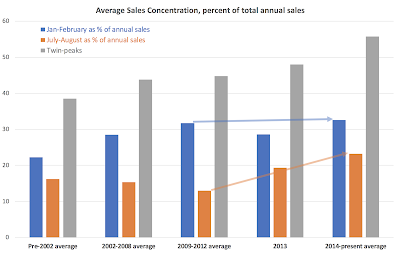 As chart above illustrates, both of these factors are confirmed in the data. Irish buyers are now (post-2013) more concentrated in the January, February, July and August months than prior to 2013. In 2009-2012, average share of annual sales that fell onto these four months stood at 44.8 percent. This rose to 55.75 percent for the period starting in 2014. This difference is statistically significant at 5% percent level.

Similar, qualitatively and statistically, results can be gained from looking at 2002-2008 average. Moving out to pre-2002 average, the only difference is that increases in concentration of sales in January-February period become statistically significant.

In simple terms, what is interesting about the Irish data is the fact that license plate format - in particular identification of year of the car make - strongly induces a ‘vanity effect’ in purchaser behaviour, and that this effect is sensitive to the granularity of the signal contained in the license plate format. What would be interesting at this point is to look at seasonal variation of pricing data, including that for used vehicles, controlling for hedonic characteristics of cars being sold and accounting for variable promotions and discounts applied by brokers.