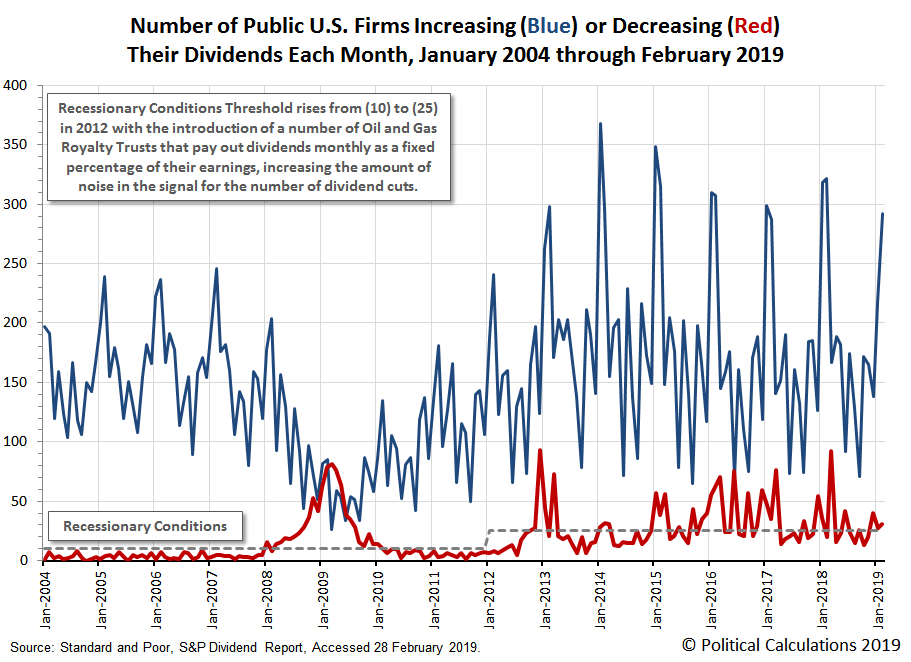 Here is the official tally for February 2019's dividend metadata from Standard and Poor:

Looking closer at the dividend cuts, our near real-time sample captured 27 of the 31 announced dividend reductions for the month, led by financial firms and Real Estate Investment Trusts, followed by oil and gas sector, and technology firms, where these three industrial groupings accounted for nearly two-thirds of the total dividend decreases declared in February 2019. The following chart tallies up the number of firms announcing dividend cuts by their industrial sector. 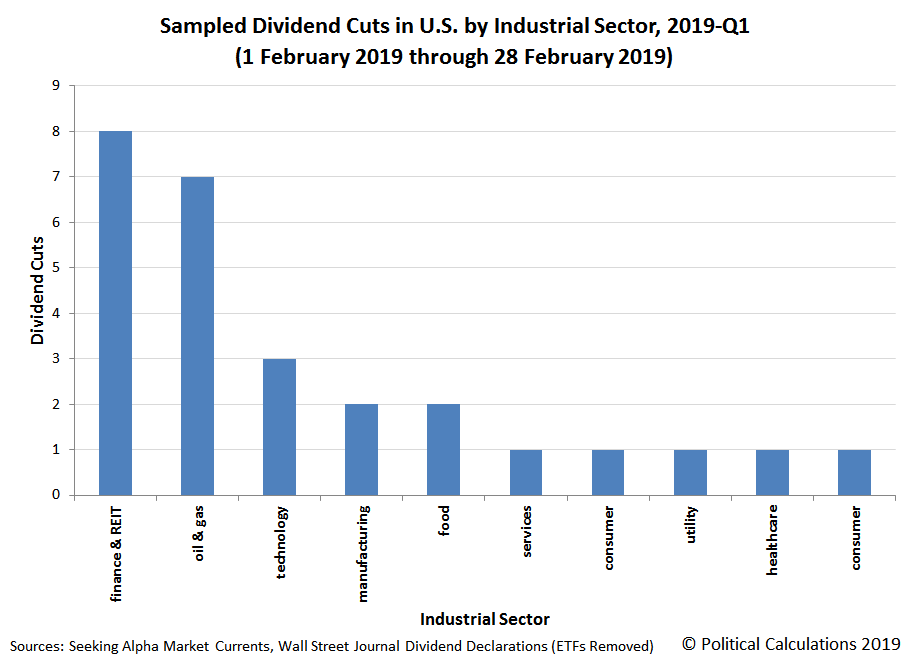 Here's our full sample of dividend-reducing firms for February 2019:

Of the 27 dividend-reducing firms in our sample for February 2019, 18 set their dividend payments independently of their earnings, while the remaining 9 pay out variable dividends to shareholders as a percentage of their earnings.