If you were to ask an adult to pick the point where their education in math started to go off the rails, more often than not, they will identify the point where fractions made their first appearance, often around the fifth grade.

In the image below, we see how one fifth grade student in Maryland ran into some trouble describing why the given fractions and mixed numbers should be put in the order they put them, even though they got that part of the answer correct. 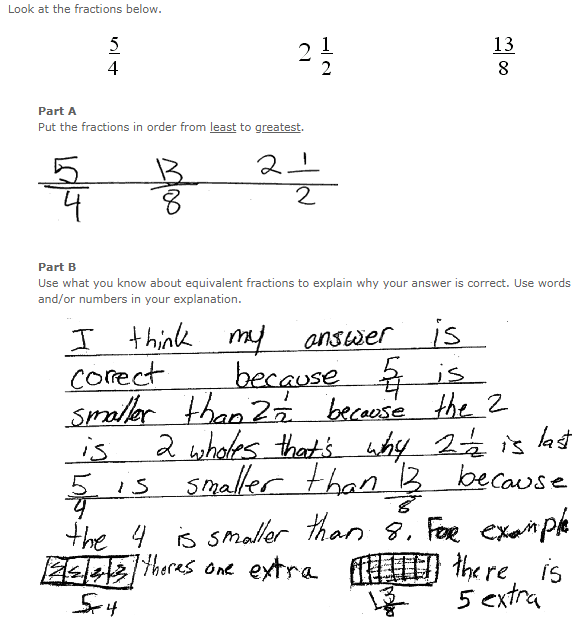 Meanwhile, if you were to ask when they began to find doing math hard, they will probably identify the point in time where instead of equals signs, they started seeing inequality symbols, which comes after fractions are introduced, where the combination with fractions can prove to be pretty problematic, if not outright traumatic.

The good news is that it's never too late to develop the intuition that applies to both concepts, if we draw on the wisdom of renown maths professor Israel Gelfand, as conveyed by Edward Frenkel in Love and Math: The Heart of Hidden Reality:

That might work for adults, but if you're dealing with kids, the same insight still works if you substitute the vodka with cookies. Which if you think about it, can open the door for algebra for the adult student if you can get them to make that abstract connection....