The number of dividend cuts and suspensions announced by publicly-traded firms in the United States has soared during April 2020 in one of the worst single months for dividend paying firms in stock market history. 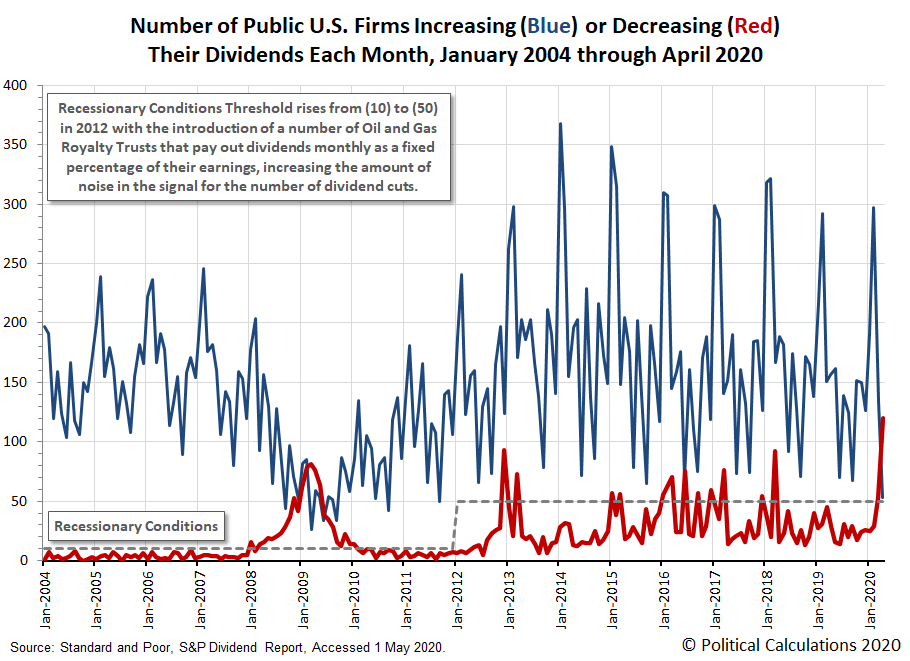 All of the numbers in the April 2020's dividend metadata are bad:

The pace at which U.S. firms have been suspending or cutting their dividend payments to their shareholding owners is unprecedented for the relatively limited period for which we have monthly data available. The following chart shows the coronavirus recession greatly exceeding what was recorded during the so-called "Great Recession", which we would suggest should be renamed as the 2008-09 Recession, because of how it pales in comparison. 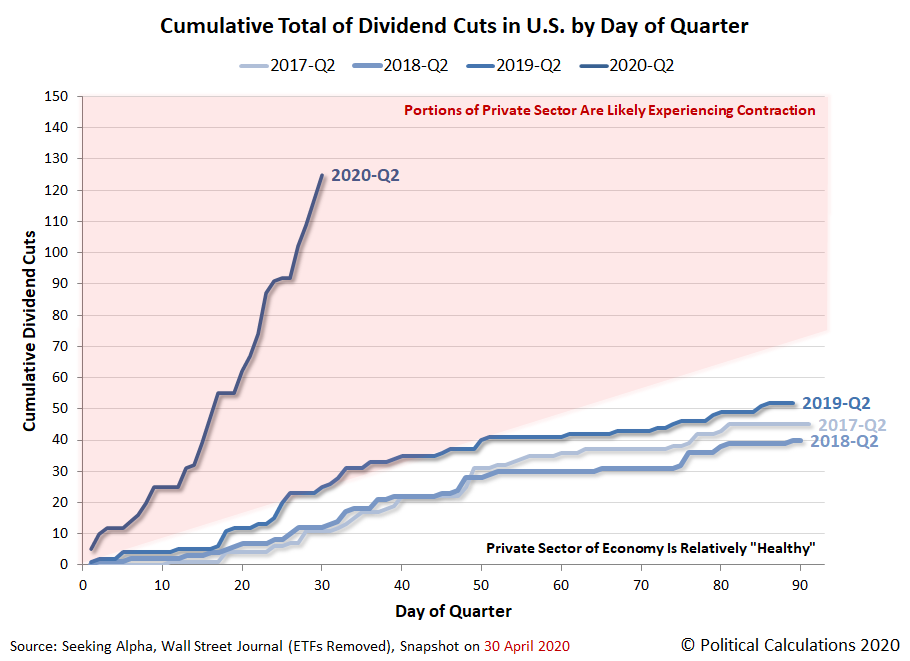 The following chart shows how the cumulative number of dividend cuts announced per day during the current quarter to date, 2020-Q2, compares with the second quarters of 2017, 2018, and 2019. This chart is the stock market equivalent of the excess mortality charts that have been developed to more accurately assess the impact of the coronavirus pandemic. 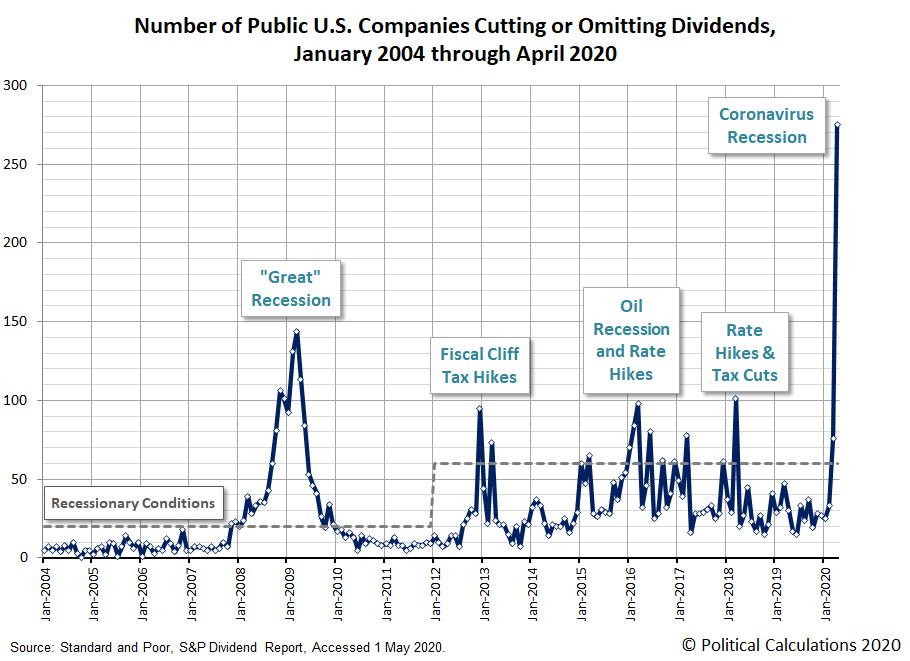 We confirm the number of dividend cuts and suspensions announced in the quarter to date for our 2020-Q2 sampling is elevated well above the comparatively healthy quarters of 2017-Q2 and 2018-Q2, and is also considerably higher than the year ago quarter of 2019-Q2, when the oil and gas sector of the U.S. economy experienced a relatively short period of distress.

Here is the full list of U.S. firms either announcing dividend cuts or suspending their dividends in April 2020 from our sampling that accounts for 48% of the combined total of these two categories reported by Standard & Poor, which is still a very long list. Buckle up.

The following chart illustrates where economic distress is being concentrated within the U.S. economy by industrial sector during the month of April 2020. Given Saudi Arabia-Russia price war during 2020-Q1 and the coronavirus pandemic-related collapse in global oil demand, the oil and gas sector of the U.S. economy is heavily represented among the firms that have declared dividends, with consumer products and service-related firms, which includes restaurants, resorts, and travel-based businesses, placing second.

Real Estate Investment Trusts (REITs) are also well represented, since this category includes firms that use the REIT business structure for holding real estate assets for hotels and for rentals, which encompasses office, retail and residential operations. Financial services came in fourth, which includes a number of asset management firms impacted by investment losses.

Within this group, the industrials, manufacturing, and materials firms that have cut or suspended their dividends are closely related to the collapse of the global aerospace and automotive industries in the response to the pandemic, which has crushed demand for travel and transportation.

We anticipate the next several months will see an elevated number of dividend cuts and suspensions as the impact of the coronavirus pandemic ripples through the global economy.