Despite massive money printing by the Fed in the years post-GFC and again since the start of the COVID19 pandemic, velocity of money in the U.S. is actually shrinking. 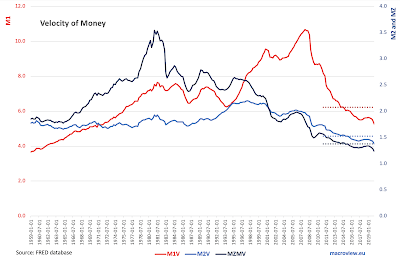 The latest bout of falling velocity of money started with what appears to be a new wave of precautionary savings by the households: 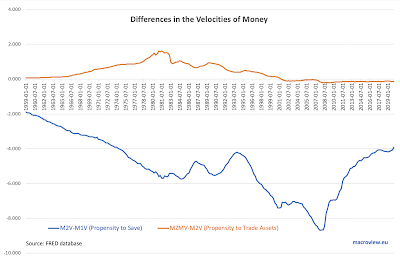 However, as the chart above also indicates, propensity to trade financial and real assets has been declining in recent years, from the start of the Global Financial Crisis on.

You can see a massive spike in precautionary savings in March 2020 in the following graph: 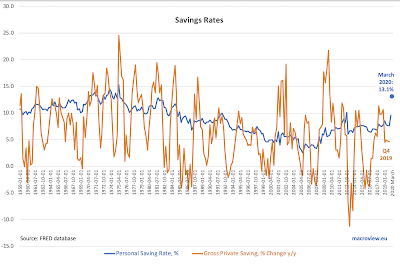 These charts indicate that the Fed's ability to support demand side of the economy is declining, as consumers have been drastically reducing their willingness to spend. They also suggest that investment markets liquidity has declined over time. All together, the above charts show the declining effectiveness of monetary policy in the age of ultra low interest rates.