Sweden is a now a verifiable basket case amongst the Nordic countries when it comes to the country management of the COVID19 pandemic: 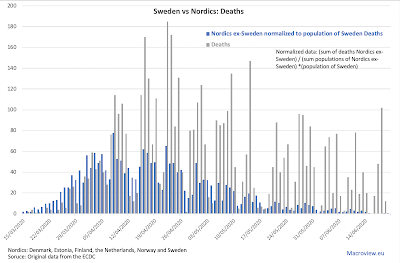 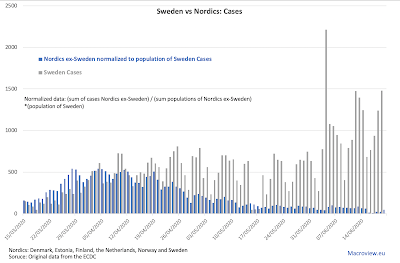 The two charts above show that Sweden performance in both daily cases and deaths has been truly shockingly poor, compared to all other Nordic countries combined. The same is true in country-by-country comparatives.
In fact, based on ECDC data, were Sweden to perform as all other Nordics (including Estonia), its total number of cases of COVID19 registered would currently stand at 22,890, against its actual count of 54,443, and its death toll would have been 2,113 against its actual death toll of 4,877.