Summary of BRIC economies Business Outlooks for 12 months ahead, via Markit:

India: "The Markit India Business Outlook survey points to sustained optimism among Indian companies. However, the net balance of +26 percent for overall output is the lowest in one year and below the both the BRIC and global averages. Weaker degrees of sentiment have been recorded across the manufacturing and service sectors, with the respective net balances registering +24 and +28 percent in February." 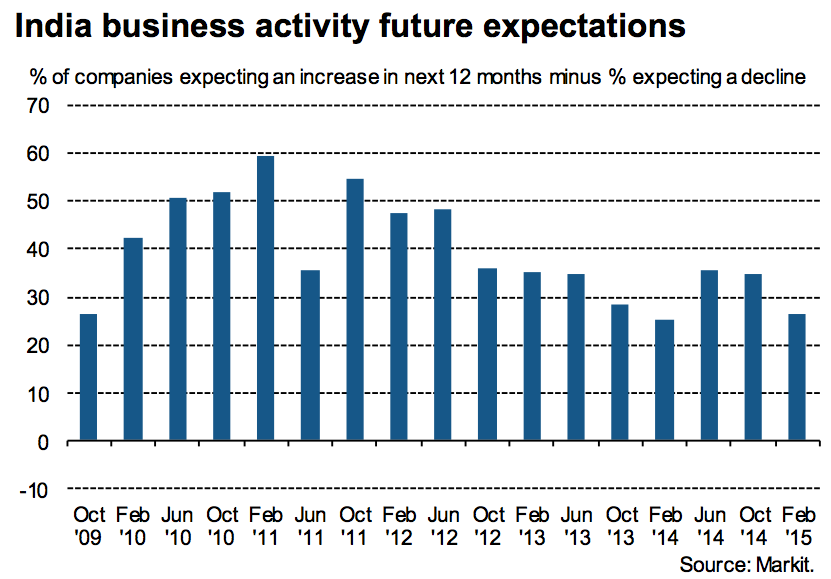 Russia (covered in more detail here: http://trueeconomics.blogspot.ie/2015/04/2415-russia-business-outlook-q1-2015.html): Overall private sector outlook forward has improved at the mid-point of Q1 2015 compared to the start of Q4 2014 as headline % of companies expecting an increase in next 12 months minus % expecting a decline has risen to +20% from Q4 2014 record low of +10%. The net balance for expected goods production over the next 12 months has risen to +35%, the highest since October 2013." We are seeing effects of imports substitution. 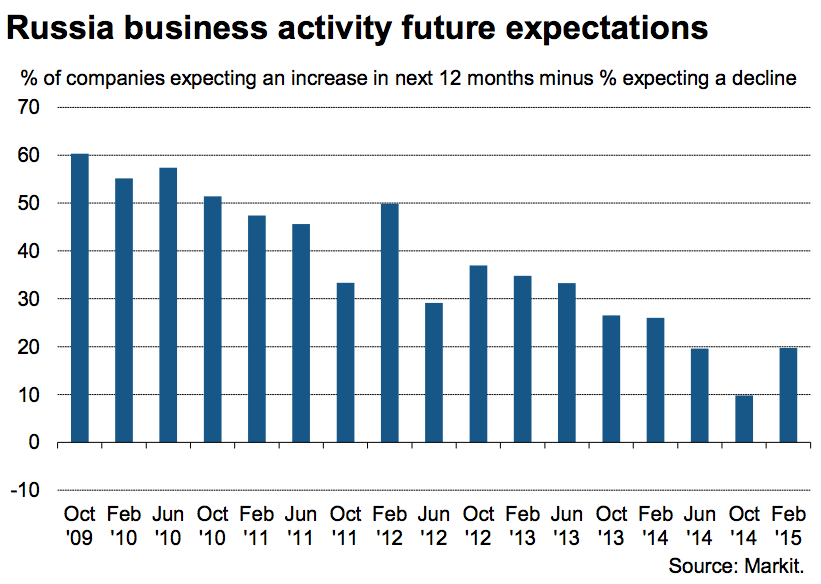 China: "…continued optimism at Chinese companies regarding future business activity". "February’s net balance of +30 percent is up from +26 percent in the autumn to the highest reading in a year. The latest reading is also above both the BRIC and global averages (+28 percent and +27 percent, respectively). …A net balance of +28 percent of goods producers anticipate an expansion of output over the coming year, up from +25 percent in October. Meanwhile, a net balance of +32 percent of service providers forecast business activity to increase in the next 12 months. This is the highest net balance seen in the service sector since mid-2012." 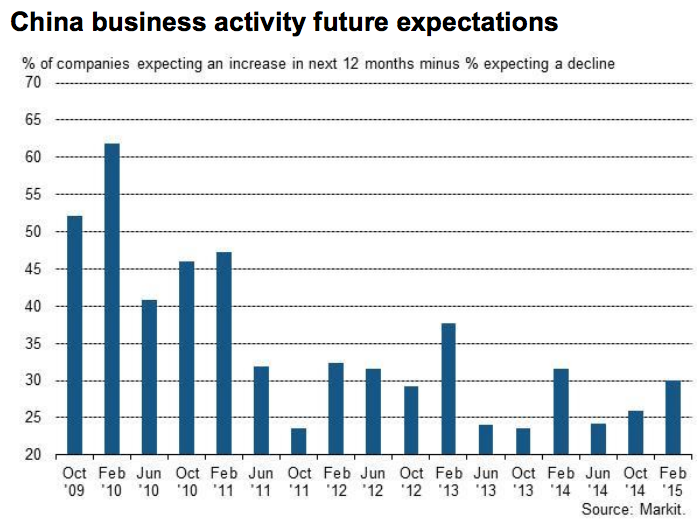 Brazil: "private sector companies remain optimistic towards output growth in the coming 12 months. However, the business activity net balance has slipped from +44 percent last October to +28 percent, its lowest reading since composite data were first available in October 2009. Sentiment has deteriorated at manufacturers and service providers." 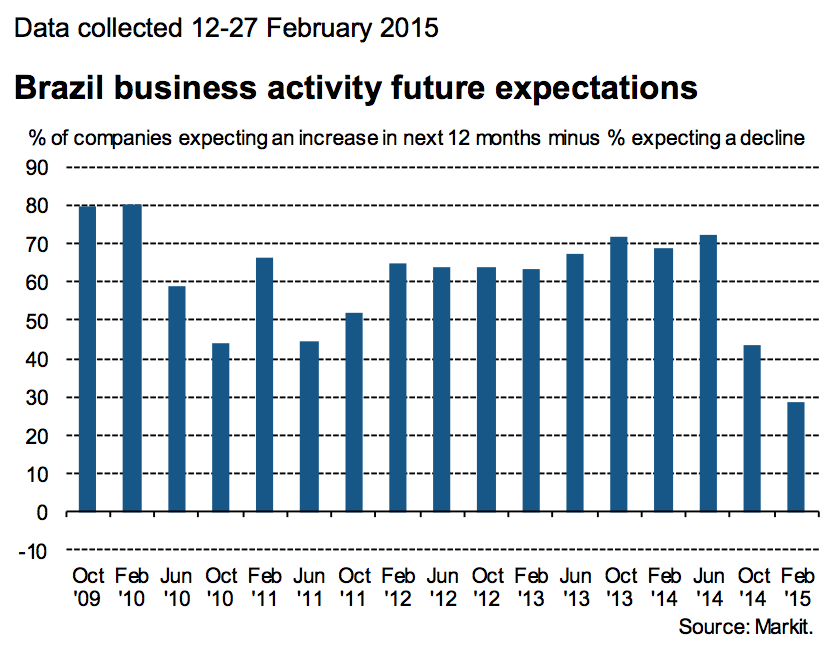 As the chart below summarises, BRIC expectations are more subdued than those in the major advanced economies, with exception for Japan and the US.

Overall, this data shows consistent trend toward moderation in business expectations across the BRIC economies into Q1 2015, signalling growing downside risks to global growth. So far, ex-India (yet to be reported), Manufacturing data for March PMI surveys suggests this trend continuing through the end of Q1.