Given that even the Irish Stuffbrokers are starting to wake up to the ongoing slowdown in the US economic growth (yet to smell the traces of the global slowdown next), here is a chart worth contemplating: 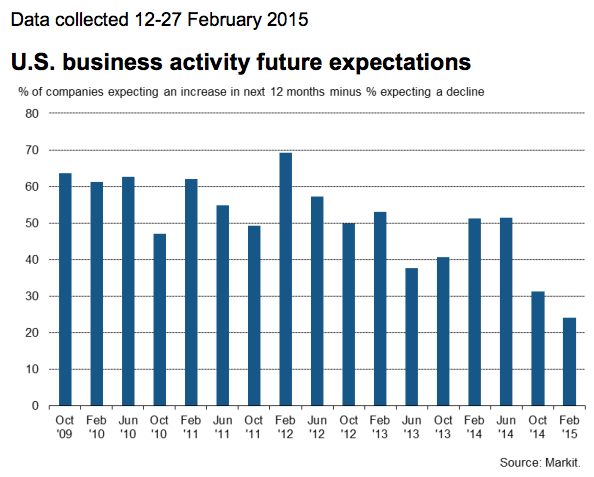 Explaining the above, the authors, Markit say: the "Business Outlook Survey, which looks at expectations for the year ahead across 650 US private sector companies, highlighted that business sentiment remained positive in February, but the degree of optimism moderated to a post-crisis low."

And here is the comparative to other major advanced economies: 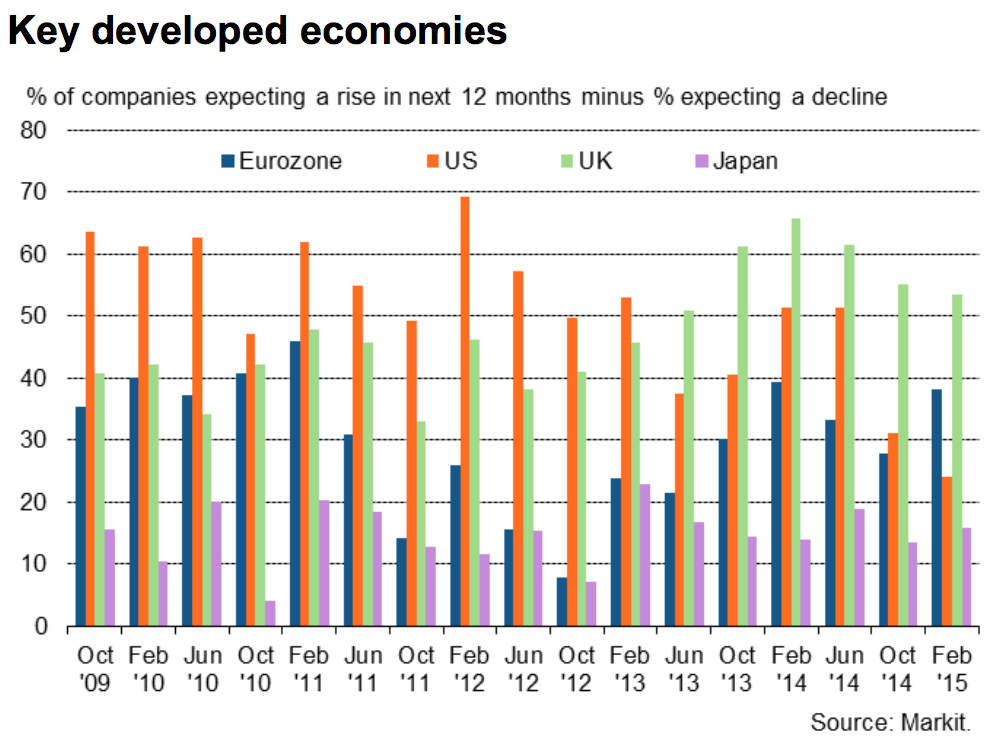 Oh, and the US weakness is compounded (and compounds) broader expected global weakness: http://trueeconomics.blogspot.ie/2015/04/2415-bric-business-outlook-12-months.html and current ongoing slowdown: http://trueeconomics.blogspot.ie/2015/04/2415-bric-manufacturing-pmi-march-marks.html. Even though the Global PMI for Manufacturing sector came out with basically no change in March (51.8) compared to February (51.9), overall growth has been trending well below immediate post-crisis recovery years and pre-crisis period: 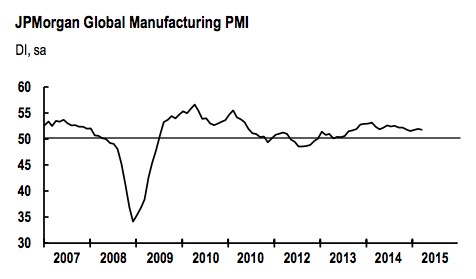 Just at the time when Irish official forecasters are revving up their numbers for 2015-2016, because being myopic is what we do best...