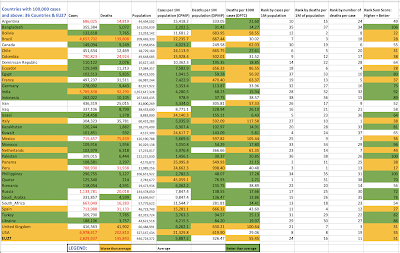 The U.S. continues to 'lead' the world in terms of sheer magnitude of the pandemic, followed by India, Brazil and Russia. The U.S. also continues to dominate the world tables in the numbers of people who died from the COVID19, followed by Brazil, India and Mexico.

While the U.S. only accounts for 4.3% of the world population, it accounts for 22% of all cases of COVID19 and 21% of all deaths from the disease.