Updating U.S. and EU27 numbers for COVID19 pandemic for the last 7 days: 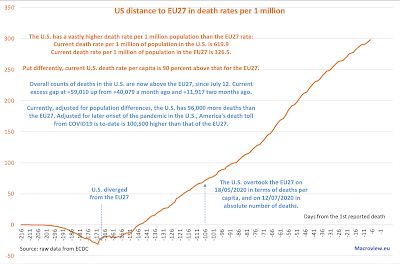 Per above chart, the U.S. continues to pull away from EU27 in terms of deaths per capita of population. However, as shown in the chart net, EU27 is now in a full-blown contagion wave number 2, with new cases exceeding prior (wave 1) peaks. 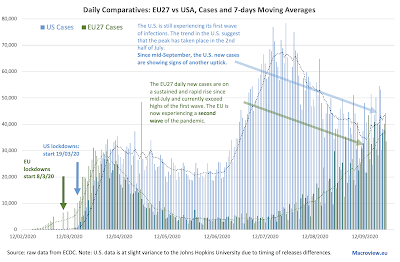 The increase in new cases in Europe is now also reflected in rising death counts. Current EU27 death counts are in excess of the numbers that triggered winter shutdown of the European economies. 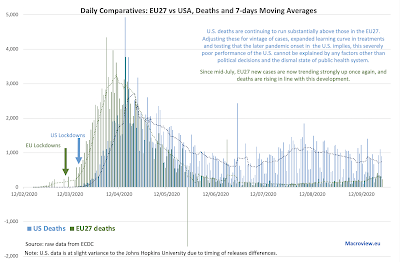 Key takeaways from the above: